Carl Boeck '75 Enlisted More Than 25 Years After Graduating, Then Delivered the Gift of Vision Around the Globe 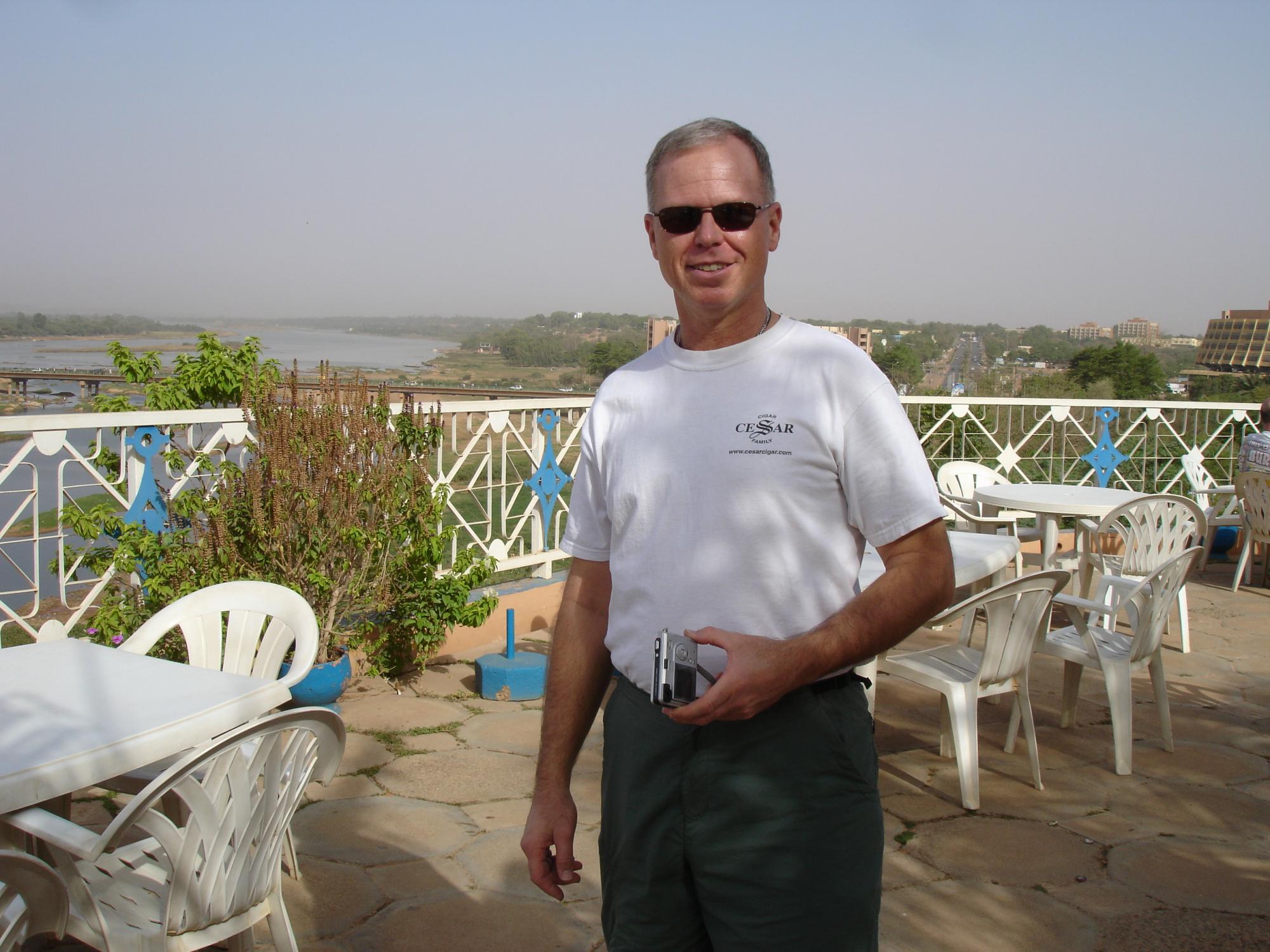 When he was an undergraduate at Pacific University, the mind of Carl Boeck ’75 was more attuned to his baseball teammates, then-Coach Chuck Bafaro and some key Pacific professors than to military theaters around the world. But his experience at Pacific helped launch him on a remarkable career as a pioneering Air Force optometrist.

The Vietnam War was winding down when he was a student, but he drew a low draft lottery number, so was prepared to enlist instead. But a recruiter he spoke to advised him to finish his degree first. So Boeck did, and by the time he did, the war had ended.

The newly minted psychology graduate said his dream was to attend Pacific’s College of Optometry, but instead he went to the Southern California College of Optometry at Marshall Ketchum University in Fullerton, Calif., where he got his optometry degree in 1979.

“The strength of my academic preparation at Pacific put me in a very comfortable place when competing with my optometry classmates from Michigan, Purdue, BYU, Columbia, etc.,” Boeck said.

After he graduated, he and a business partner started their practice in the San Diego area, helping patients improve their vision and avoid disease.

His career took a new course, as did many others, in 2001, after attackers flew hijacked airplanes into the Pentagon and the twin towers of the World Trade Center in New York, thrusting the United States into a new volatile chapter of history. As dust rose from the rubble of the crash sites, many expected the country again to go to war.

Boeck joined more than 181,000 American men and women who enlisted in the Armed Forces after the 9/11 attacks. Some were young people at the beginning of their adult lives; others served previously, got out, then returned for more service. Boeck was 48, a practicing optometrist with no prior service.

He entered the Air Force Reserves, which meant he wasn’t on active duty, but he was assigned to March Air Force Base in southern California and placed on call. That placed him on a path that took him around the world. When he separated from the military in 2016, he was a lieutenant colonel who had deployed 14 times to hot spots in Africa, South, Central and North America, and Asia.

The deployments would run from 20 to 24 days, sometimes in primitive conditions, and he would examine an average of 100 patients a day, he said. When he first started deploying, he was part of a civil affairs component of military anti-terror missions, first in Chad, then across the African continent in Senegal. Later the deployments evolved to more humanitarian missions and began to include hotel stays.

Despite the inherent difficulties in providing care to people who weren’t accustomed to receiving it and usually couldn’t communicate in English, Boeck said the rewards were immense.

Giving glasses to patients who needed them, and then watching them study their surroundings for as many as 15 minutes “is breathtaking,” Boeck said. Even when it wasn’t possible to exchange words, he said, success could be measured by “a smile, ear-to-ear.”

“You don’t need a translation,” he said.

His military service imparted life lessons, and Boeck has shared them with others. At a ceremony when he received Marshall Ketchum University’s distinguished alumni award in 2019, he reminded listeners that optometrists do more than examine two square inches of the human body — they help expand a person’s sense of possibility. 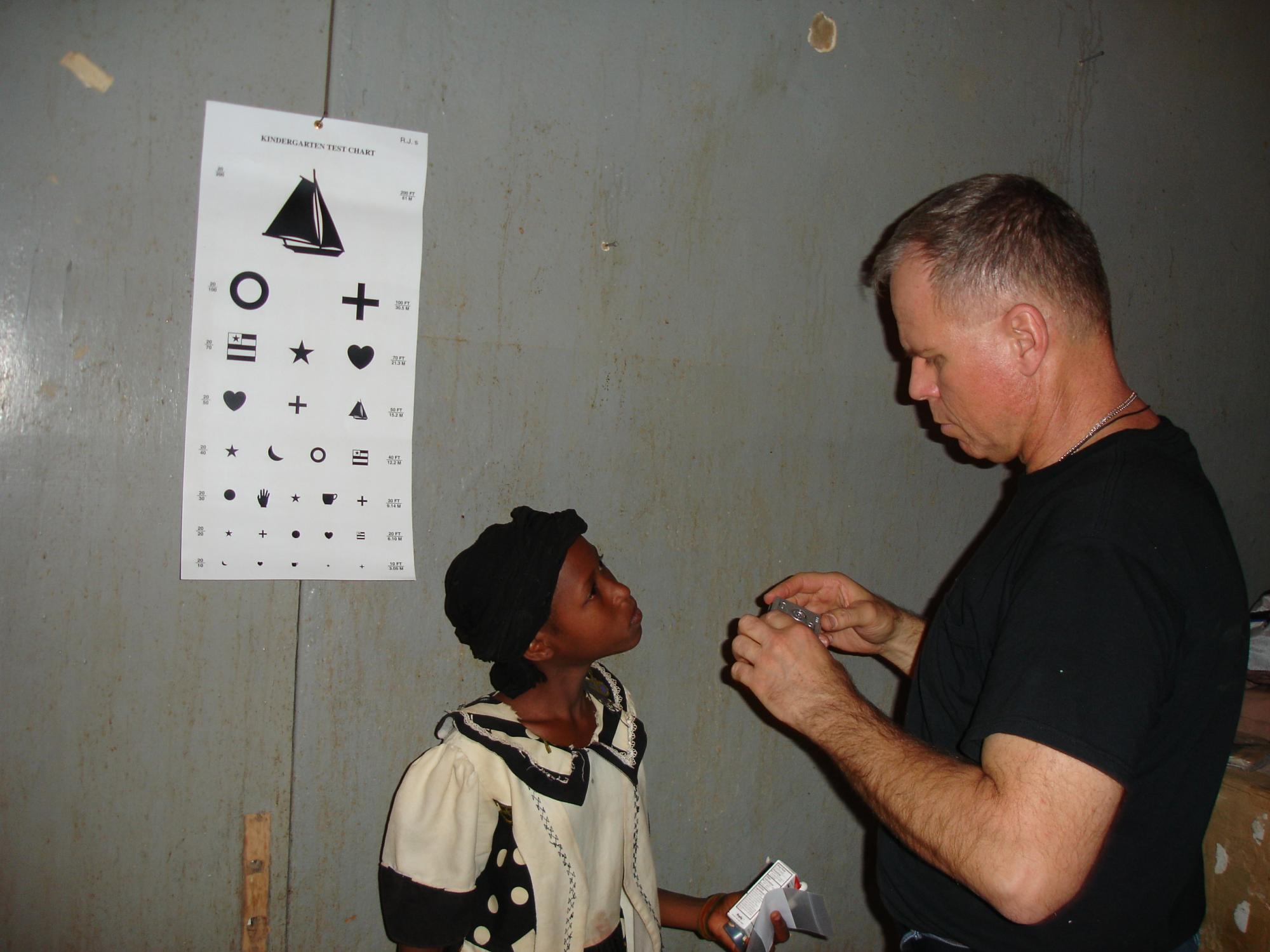 “You don’t just give vision,” he said. “You give them a new vision of their future.”

Serving as an Air Force optometrist in scattered places around the globe taught him, he said, to “never take for granted what we have in this country.” Even on our very worst days, he reflected, somewhere else someone is having one that’s worse.

Now 69, Boeck continues in private practice, and intends to continue at least two more years. He knows he could retire, but, he said, “I love what I do.”

He still is grateful for his experience at Pacific, where he says he benefited from warm, personal relationships with such professors as Byron Steiger, Walter Reif, Colin Pitblado and others. “My memories of my growth there both academically and personally have not and never will fade,” he said.

(Photos courtesy of Carl Boeck. Video from Kupang, Indonesia, by Sgt. Will Skelton and distributed by the Defense Visual Information Distribution Service.)