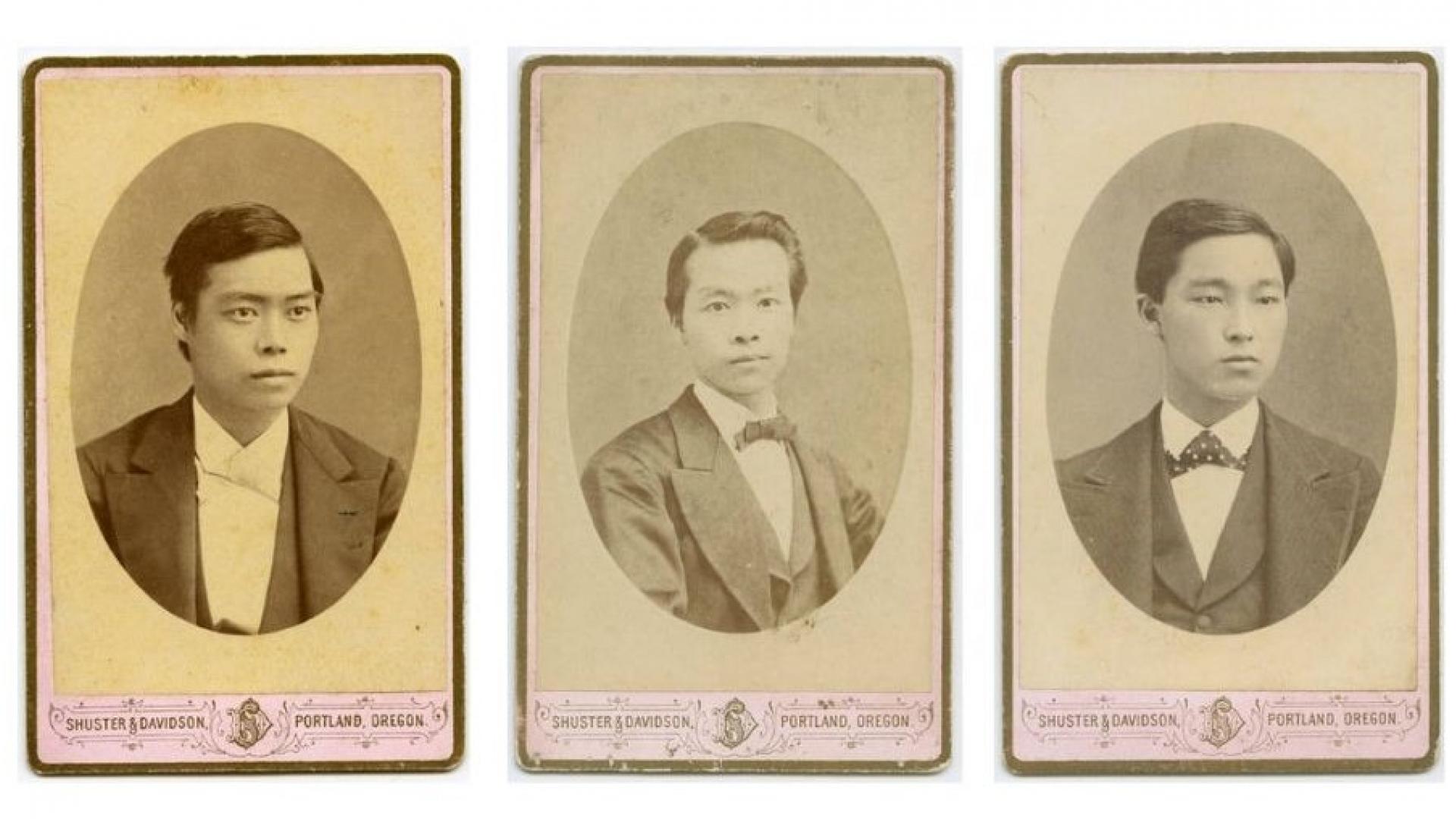 The Class of '76 and Pacific's Early Connection to Japan

In 1876, Pacific University celebrated one of its early commencement ceremonies with a special distinction: Pacific became one of the first universities in the United States to welcome Japanese citizens to its alumni ranks.

According to Splendid Audacity, “During the mid-nineteenth century, the Japanese emperor Mutsuhito came to power, ending the military rule enjoyed by the Shoguns for about 700 years. The restored emperor, known by his reign name ‘Meiji,’ urged his people to seek knowledge in all parts of the world to help make Japan strong.”

After years of study, which included time spent among the children at Tualatin Academy to learn English, Agero Nosei, Kin Saito and Hatsutara Tamura completed their science degrees and joined the ranks of the Alumni Association, part of a class of five.

Following their departure from campus, they maintained a correspondence with their mentor, President Sidney Harper Marsh, until his death in 1879.

Tamura wrote to Marsh just after leaving the university to apologize for his quiet farewell: “I believe, my silent tears which filled my eyes expressed the feelings within my heart more loudly & forcibly than any audible language would.”

Like many alumni they affectionately referred to Forest Grove as “the Grove” as they continued to keep Marsh, and others at the university, apprised of their activities.

Nosei, who is also referred to as Nose Sakae, was an educator at the Normal School in Nagano, Japan. He later gained the Imperial appointment of Secretary of the Department of Education and became superintendent of Tokyo City Schools from 1883 to 1895. After his death he was memorialized on the grounds of Zenkoji temple in Nagano.

After graduation Saito continued his education in America, attending the University of Michigan and graduating in 1878 with a L.L.B. Upon his return to Japan, Saito eventually become Chief Justice of the Court of Hokkaido.

Tamura remained in the United States to work and taught at St. Clement's Hall in Ellicott City, Md. Eventually he returned to Japan and worked as a professor of English and physics in Osaka and as director of a school in Hamamatsu.

Nosei, Saito and Tamura were the first, but certainly not the last students to study abroad at Pacific and as the university grew, opportunities for international exchange increased.

Today Pacific offers students the opportunity to study abroad at six different locations in Japan and, just as in the 1870s, offers admission to international students. Pacific is also designated by the U.S. Department of Education as an Asian American Native American Pacific Islander Serving Institution.