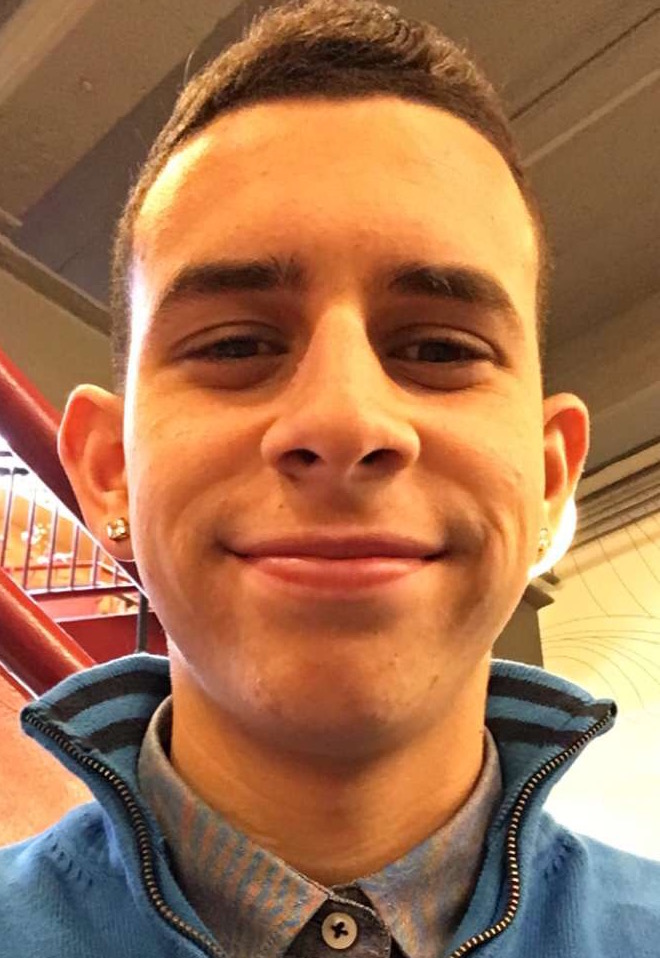 This winter, when Diego Lopes ’18 heads home to San Francisco, he will do more than celebrate the holidays with his family.

He also will celebrate his new U.S. citizenship.

Lopes is an undergraduate psychology major and varsity soccer player at Pacific University. In November, he successfully passed the U.S. Citizenship test after several years of uncertain legal status prior to becoming a legal permanent resident.

Originally from Rio de Janeiro, Brazil, Lopes moved with his parents to the San Francisco Bay Area in the late 1990s, at age 2, to escape their homeland’s growing violence and political unrest.

For the next 10 years, his father Fernando, who had obtained a work visa, worked low-paying service jobs to provide for his family and try to secure a better future for Diego and his brother, Nathan. On non-school days, the boys would often accompany their father to work sites, where they learned to appreciate what their father earned and to take nothing for granted.

“My dad wanted to make sure we understood the value of hard work and to show us where our food and house came from,” Lopes said. “It didn’t just magically happen — he had to work hard for it, and we saw that.”

Fernando and the boys' mother Denise understand the importance of education and worked tirelessly to provide opportunities for Diego and Nathan to attend top-level college preparatory schools.

“Although we were an immigrant family striving for economic mobility, our parents found ways to send us to some of the best schools, even if we could not afford to attend them without help," Diego said. "We were fortunate to receive scholarships after lots of hard work and research on our mother’s part. Regardless of how much scholarship support we would receive, or how much we would end up having to pay, my parents always found ways to come up with the money, either by putting in more hours at work or picking up another job."

Eventually, Diego’s father found an employer willing to spend the time and resources to sponsor the family’s permanent residency application, a complex and rigorous precursor to citizenship.

“For most immigrants, there is not a clear-cut path to permanent residency,” Lopes said. “Finding a sponsor who will advocate and take the many steps as part of the application process is critical.”

Even then, however, permanent residency wasn't a certainty. "We couldn't leave the U.S. for any reason, including to visit our extended family in Brazil, or it would jeopardize our permanent residency application process," Diego said, adding that the hardest part as a kid was being asked if he and his family had traveled to other countries or gone back home.

"We were not comfortable telling people why we could not travel, so we would simply say we did not have the time."

Eventually, though, the family’s permanent residency was approved, and they were able to move forward with the citizenship process. Earlier this year, Diego’s parents passed their U.S. Citizenship test — an interview and verbal exam about U.S. laws — and Diego completed his last month. In the coming month, he will take the Oath of Allegiance in San Francisco and officially become a U.S. citizen.

Lopes sees himself as lucky, despite a number of obstacles in his life.

In addition to his path to citizenship, he also has struggled with injuries as a student-athlete at Pacific. In September, he tore the anterior cruciate ligament (ACL) in his left knee, forcing him to miss most of his final season of soccer with the Boxers. He suffered the same injury on his right knee in 2015, missing that entire season.

Surgery and several hours of rehabilitation await him in the coming months — but he remains upbeat. As much as he loves soccer and playing experience at Pacific, it is the education he received at Pacific that he considers most important.

He hopes to advocate for underrepresented populations, particularly in the area of higher education.

“I’m in a position of privilege, so if I can do research with the tools and education I’ve received here at Pacific to help students that are in a more difficult spot than I was, I want to do that,” he said. “Because I can relate to their struggles.”