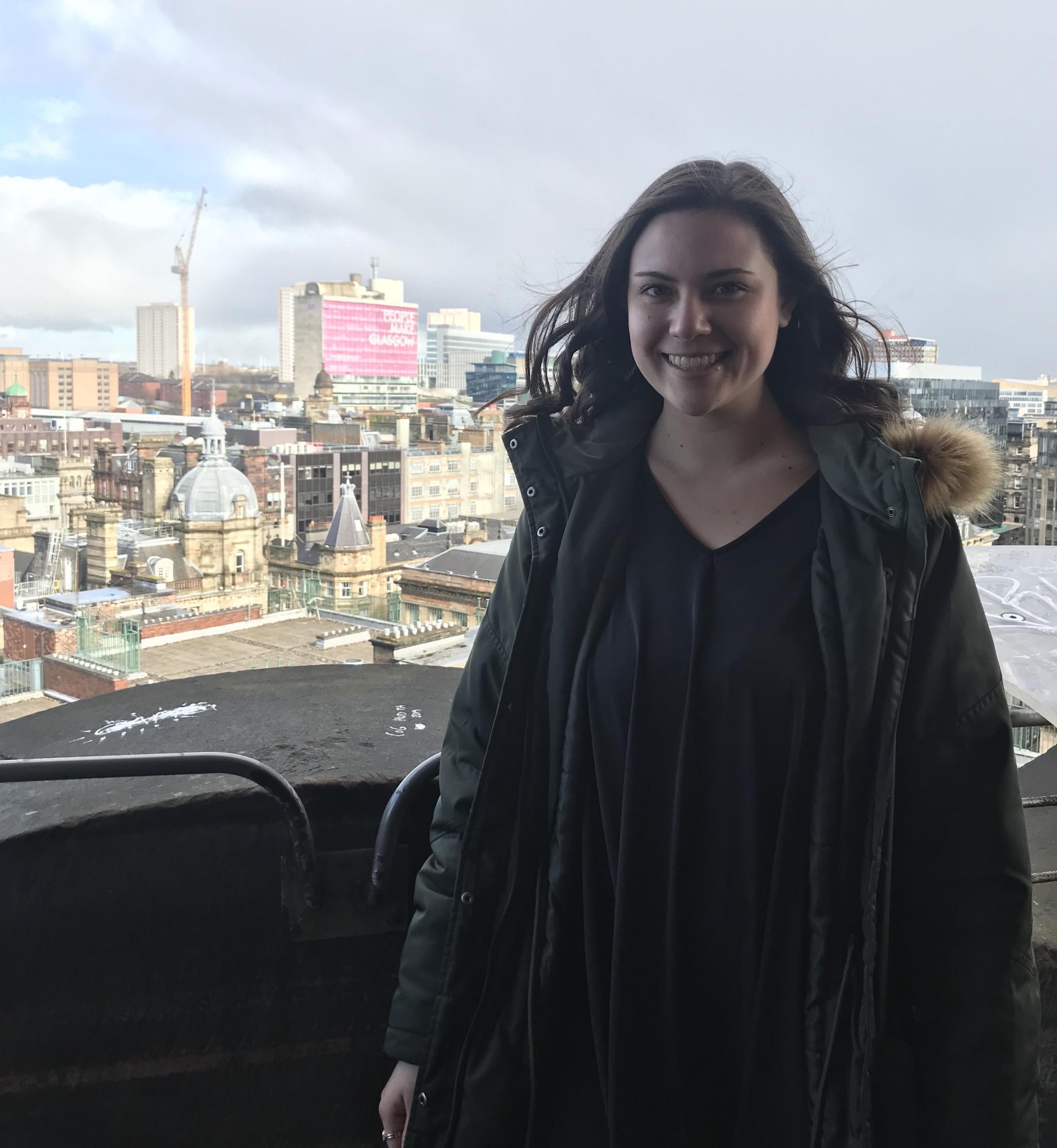 The newly minted alumna, who graduated in December with a double major in psychology and business, is earning additional credits during the Spring 2021 semester by interning in the Human Relations Department of the U.S. Department of Veterans Affairs. She’s living in Coeur d’Alene, Idaho, helping the agency’s HR department manage its social media channels.

At the same time, she’s just been hired by Amazon as a manager. She starts this summer and will eventually manage the company’s fulfillment center in Boise, where she expects to manage between 50 and 200 people.

It may sound like a remarkably quick progression from college into a career, but for Reyes, it’s been a logical series of steps.

When she started at Pacific as a freshman, she knew she wanted to major in psychology and business. And that led her to think seriously about a career in Human Relations. And so, at Pacific, one of her campus jobs was to work in for the university’s Human Relations Department. She also was a student worker in the College of Business. Those jobs provided to be critical stepping stones on her path toward a professional career.

“Avery is a rock star,” said Wanda Frazier, the director of placement service for Pacific’s College of Business, in an email. “Avery is constantly surprising me with her in-depth processing of everything going on around her. She had noticed last year that students had questions/concerns about college, classes, careers, etc., but were not engaged in our programs or reaching out for help, so she organized meetings where just the students would interact with one another. She has done this again with our current seniors and will have student-only Zoom meetings this Sunday and next. She put out a survey to find out about what everyone was worrying about so that we could build workshops to answer their needs.”

Reyes said she is grateful for the opportunities she had at Pacific to work and learn.

It hasn’t always been smooth for Reyes, who was knocked out of the first semester of her sophomore year by a severe concussion that resulted from an accident on a four-wheeler. It left her vision blurry for weeks and gave her migraines that persisted for three months. It was a difficult time for a driven person.

“My neurologist just kept saying ‘Just wait,’ and I was saying, ‘What do you mean? My head hurts.’”

When she came back to school, she had a lot of ground to make up. She had taken summer classes for three years running, worked two campus jobs and babysat. Doing it all was a huge challenge, especially for someone coming back from a head injury, but she met it.

“Being able to take on huge workloads and manage my time,” she reflected, “I just feel like I can do anything I set my mind to.”

Now, nearly three years removed from the accident, she says she’s thankful for her concussion, because it bumped her a half-semester behind her classmates’ graduation, which took place at the beginning of the pandemic.

The path through Pacific

When Reyes was a high school senior in Southern California, she said, “I knew I always wanted to go to Oregon for college because I had visited my grandma there every summer growing up.”

She attended a college fair, where she stopped at the University of Oregon booth, but felt the school might be too big for her. At the next booth was Pacific. She was intrigued.

“After visiting Pacific with my mom and dad, I loved it,” she said in an email. “Oregon is a great place to be!”

Students embarking on their college careers would do well to focus on their goals early, so they can take advantage of opportunities when they emerge, she said.

“I want to be a millionaire,” she said with a laugh. “I want to own a villa in Bali. I want to work abroad for Amazon.”

It’s a goal she already knows from the inside.