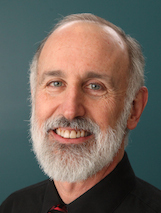 John A. White, Jr., PhD, OTR/L, has announced his plans to transition out of his role as director of the Pacific University School of Occupational Therapy, with the goal of welcoming a new director in 2015-2016.

This transition marks the completion of his 11th year as school drector and will coincide with the completion of a major professional accreditation site visit and the graduation of the first class of the new Doctor of Occupational Therapy program in August of 2015.

Prior to his career in academia, White’s primary clinical practice area was in physical and neurological rehabilitation, though recently he has focused more in psychosocial OT practice in criminal justice populations.

He taught occupational therapy at Pacific from 1992 to 1999, spent three years teaching at the Brenau University OT program, then returned to Pacific as School of Occupational Therapy program director in 2003.

His scholarly work focuses on how people (including prisoners and people with disabilities) adapt to life challenges to create more satisfying and healthful living. He is a founding member and current board of directors chair of the Society for the Study of Occupation, USA, and has brought two national occupational science conferences to Oregon.

Recognized for his ongoing leadership in occupational science and OT, he has been invited to present the keynote at the Japanese Society for the Study of Occupation in November of 2014.

He is president of the board of directors of the WOAPE, Inc. (Woape means hope in the Lakota language), an OT-based nonprofit that uses outdoor education and job readiness development to promote the health and well-being of youth within their communities.

In 2007, he co-led the writing team that developed the City of Forest Grove 2020 Vision Statement. At Pacific University, he has served on various committees, task groups, and searches, and has been a champion of interprofessional education and practice (e.g., organizing the first Interprofessional Case Conference and he served as a founding member of the Interprofessional Diabetes Clinic).

During his time as program director, the School of OT student body has almost doubled, the program has moved from the basement of Walter Hall to Creighton Hall, and now resides in the second building on the Hillsboro Campus. Under his leadership, the OT program has experienced two major curricular revisions with the most recent change leading to the doctor of occupational therapy degree, the eighth program to offer the OTD among 160 OT programs in the nation.

He has also been a proponent of international education and practice options, supporting the development of projects in Nicaragua, China, the UK, and an international clinical education program. Having recruited an outstanding faculty, known internationally for their research and innovation, Pacific’s OT program is now highly regarded for its innovation in education, practice, service-learning, and commitment to occupational justice.

“I believe that the time has arrived for the invigoration that comes with new leadership," White said. "A primary goal will be to prepare for the smoothest leadership change possible so that the School of OT will continue on its promising trajectory. I am deeply grateful to Pacific University, my Dean’s Council colleagues, the occupational therapy community, and faculty, staff, and students of the School of OT for the wonderful support I have received as director.”

White is looking forward to opportunities to teach more, develop research projects, and become more involved in community and university service. He resides in Forest Grove and attempts to practice what he teaches about occupational balance as he enjoys sharing his love of the outdoors, hiking, biking, and paddling with wife Bonnie and two adult children. He also enjoys making music with others, gardening, remodeling, and making jewelry and hopes to find a little more time for these pursuits in this next career transition.

Ann Barr-Gillespie, vice provost and executive dean of the College of Health Professions, said, “John has guided the School of Occupational Therapy through both challenging and promising times with a steady hand and a focus on the future. Many of the innovations he has introduced have been replicated in other College of Health Professions schools. I am tremendously appreciative of the graceful transition that John has offered, and look forward to his future contributions to the school and the college as we work together to plan his future role at Pacific”.