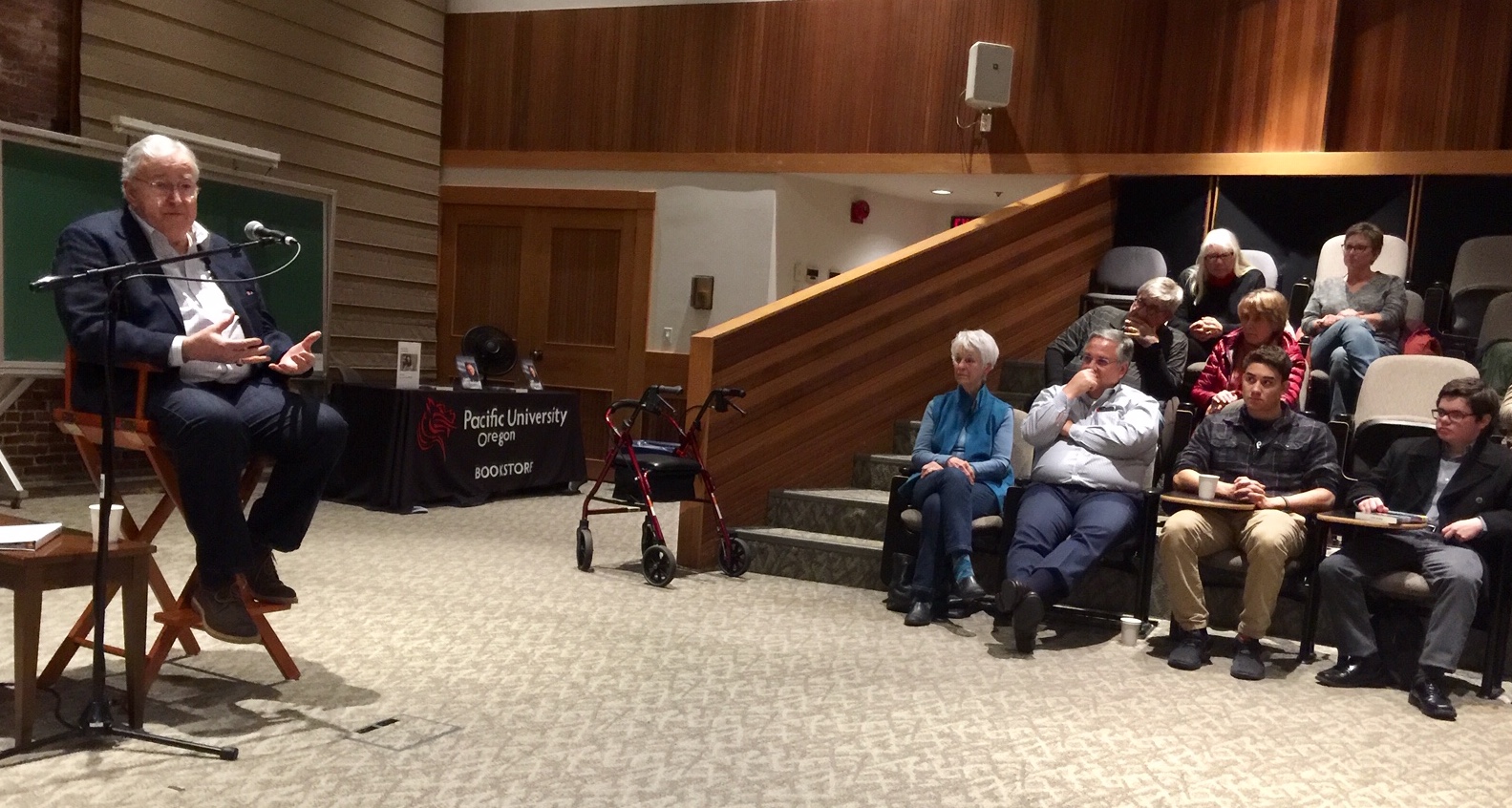 Nine-term U.S. Congressman Les AuCoin '69, who first ran for public office from his home on College Way when he was a Pacific University employee, returned to campus Dec. 4 to read from and discuss his new memoir Catch and Release.

"I sat in this hall as a freshman at a convocation in my first days of college," said AuCoin, who addressed a gathering in Marsh Hall's Taylor Auditorium. He reflected on his first run for public office, as an unknown young Democrat running for a seat in the Oregon House of Representatives in an area that was solidly and traditionally Republican.

He was assumed to be just another Democratic sacrifice, but he surprised everyone, saving his meager campaign budget for a last-minute blitz of advertising and handpainted lawn signs. And he won.

It was the first of many electoral wins for AuCoin, who went on to become a respected national voice on issues of race, defense, abortion rights and the environment.

At Pacific, he spoke about the temper of the times when he entered Congress in the aftermath of the impeachment of Richard Nixon, and today.

"Our country is faced with an existential problem," he said, during a question-and-answer session with the supportive audience. "Next November, what we choose is going to determine the future of this democracy. We're within a hair's breadth of losing our civil liberties."

While he worked at Pacific, AuCoin and his wife Susan lived in what is now called the Drake House, which today houses Pacific's Philosophy Department. AuCoin is the honorary chair of the advisory committee for the Pacific Center for Peace and Spirituality, which hosted his talk Wednesday.