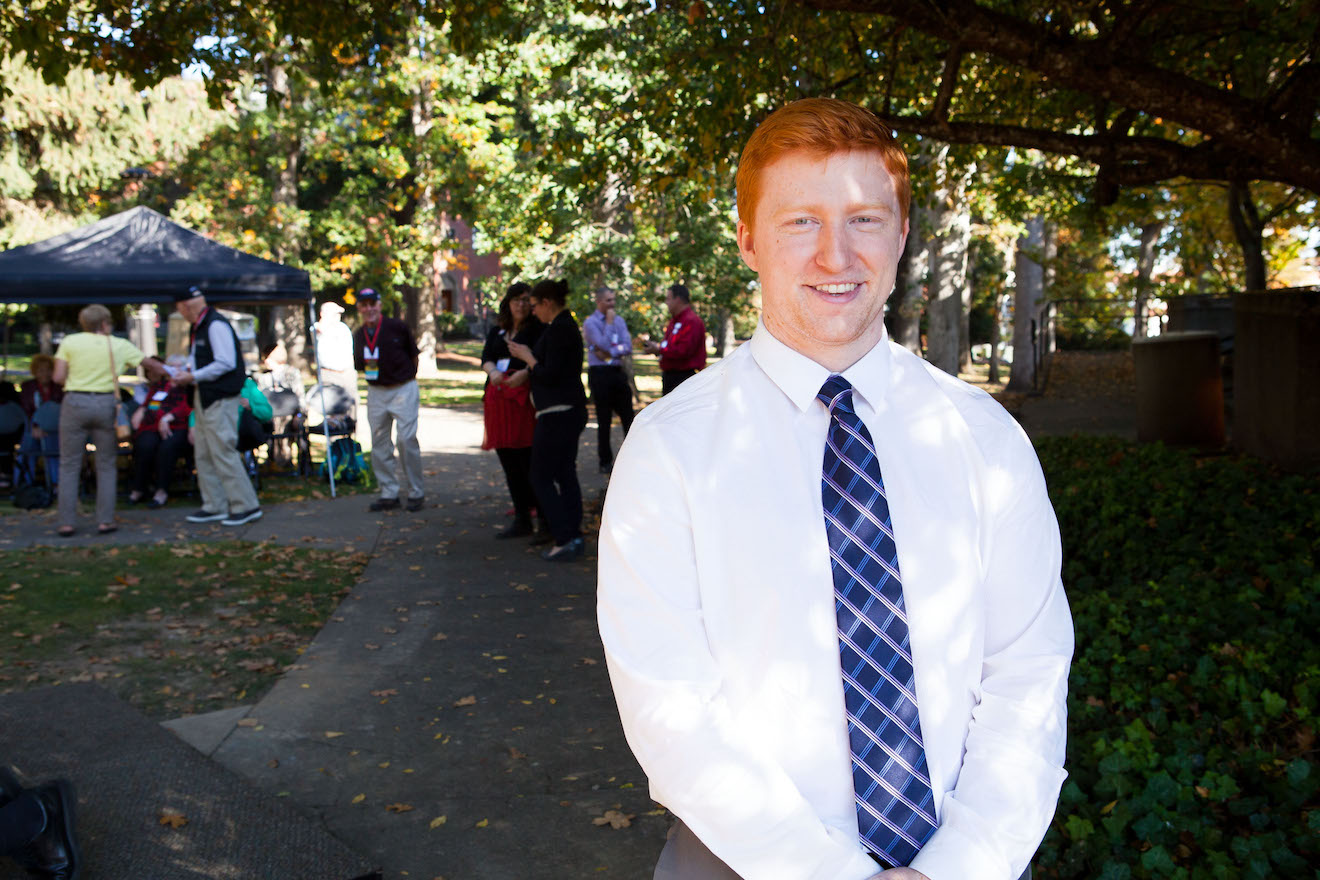 John T. Cheslock '68, OD '70 didn't make it to his class's 50th reunion at Homecoming 2018. The Pacific University undergraduate and optometry alumnus died in 2010. But in October, his name was carved into the wet concrete outside Old College Hall with other members of his class.

The writer was his grandson, Ian Cheslock, 23, who, now in his second year of Pacific's optometry program, is a third-generation Pacific optometry student. 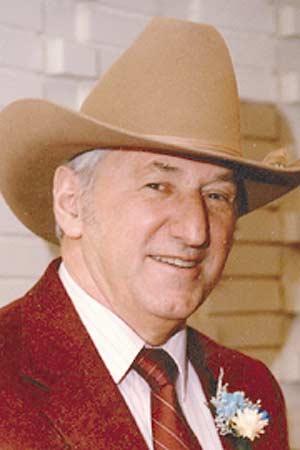 “If we had a family crest, it would be eyeballs,” Ian Cheslock said with a laugh.

John T. Cheslock was an unusual student, starting his studies at Pacific in his 40s, after moving from Colorado, where he owned an auto body shop. His classmates were all 20 years younger. One of them, Scott Pike '68, OD ’70, made the connection between his long-ago classmate and his classmate’s grandson.

“I graduated with his grandfather,” Pike explained, motioning toward Ian Cheslock. It was a sunny Friday afternoon, when the Golden Guard classmates gathered for the ceremonial signing of their patch of concrete. Pike, who became a professor of optometry, added, “His dad was my student. And so was a cousin.”

Ian Cheslock said by the time he was old enough to know his grandfather, the older man had developed memory problems. He had served as a trainer of bomber gunners in the Army Air Corps in World War II. He practiced as an optometrist in North Bend, Ore., and donated his services in Mexico and on various Native American reservations. He survived a bout of inoperable lung cancer in the 1970s, according to his obituary. And he received the Pacific University Alumni Distinguished Service Award in 1996.

“He seems like an awesome human being,” said Ian Cheslock, who said he was grateful that Pike reached out to him for the Golden Guard signing.

“It’s a beautiful thing,” Ian Cheslock said. “I definitely feel like it has gone full circle.”