Imagine if these were the requirements for entry into graduate school at Pacific University: 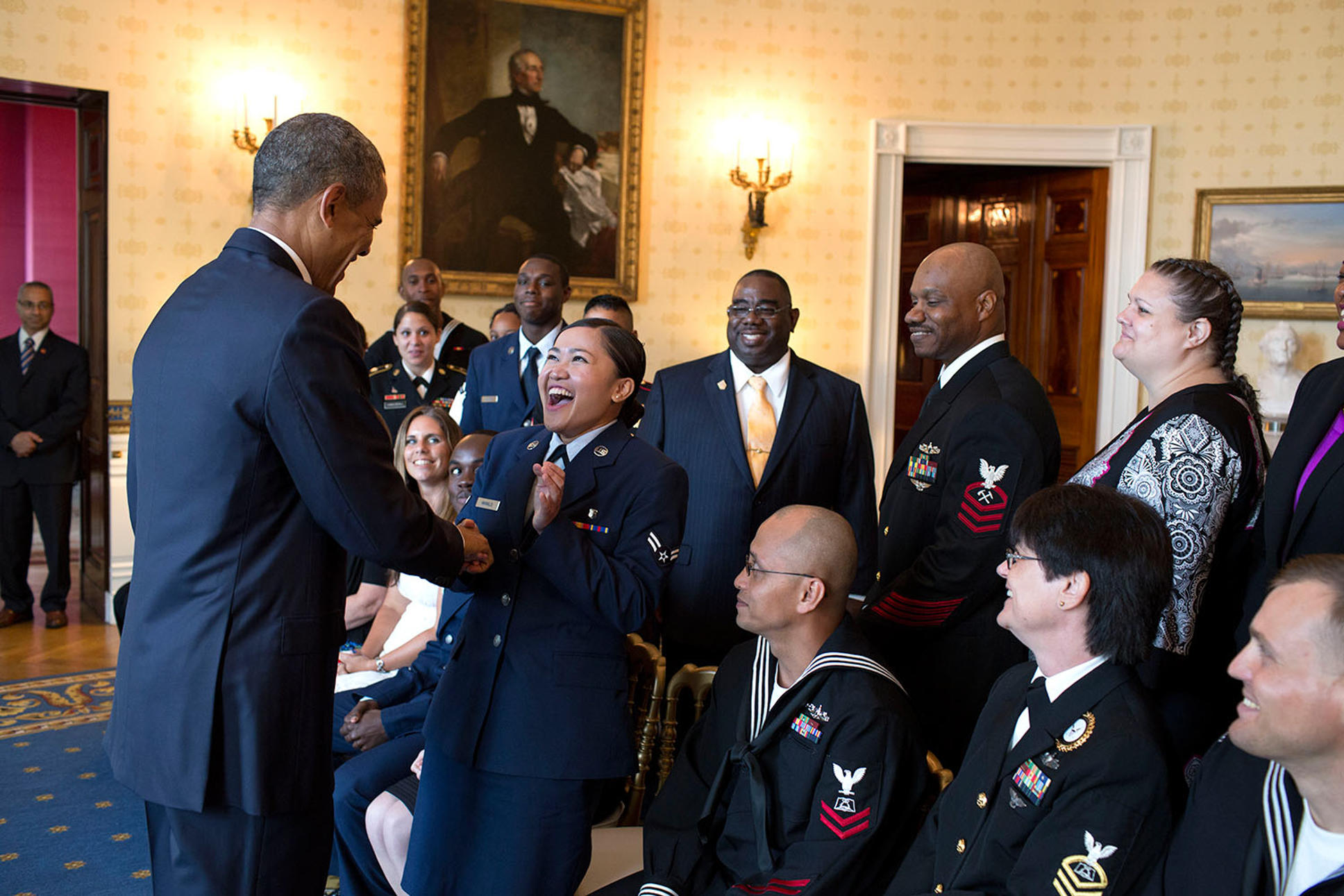 For students in her business and pharmacy cohort, she said, “it was their first time meeting somebody like me.”

That’s not really a surprise. What was a surprise, however, was when Manalo came face to face with then-President Obama.

Path to the White House

Like so many things in her life, Manalo could never have planned to meet the president, but through a series of bureaucratic missteps, she found herself at the center of a joyous moment that was captured by a White House photographer.

Manalo, who was then 20 years old, said emotions overcame her when Obama greeted her during a naturalization ceremony in the White House Blue Room on the Fourth of July, 2014.

“He was like ‘Hi, how are you?’ or ‘What’s your name?’ or something like that. Then I said my name ‘Karen,’ and then maybe just those few seconds we were talking, in my head, I was like ‘Oh my goodness, this is so real,’ because he really tapped me in the back,” she recalled. “When the president handed me his personal presidential coin and then he hugged me after, that's when I couldn't hide my emotions anymore and I actually said out loud, "Oh my gosh!" That's when everyone started laughing — including me and the president.

“I was just very excited and I couldn’t hold it, and it showed in that picture.”

Manalo was born in the Philippines and moved to Guam when she was 10. At age 20, she enlisted in the U.S. Air Force and planned to become a full U.S. citizen — more than a permanent resident with a green card — when she completed basic training. But she encountered a series of impediments out of Murphy’s Book of Laws.

First, the Air Force lost her application packet, meaning she had to start over, reproducing all the documents she submitted when she started boot camp. Then a government shutdown meant she couldn’t connect with someone to help her through the process. Then she wasn’t allowed to launch the process in the Las Vegas region because it wasn’t her home station. It wasn’t until she was assigned to Joint Base Langley-Eustis in Virginia that her application regained traction. And she was told she might be chosen to attend a naturalization ceremony at the White House.

Then the invitation arrived.

Even then, she didn’t know the president would attend. It wasn’t until Obama walked into the room that she realized that all the delays and lost documents made that moment possible.

“That’s why all those challenges happened,” she reflected. “God wanted me to meet the president.”

“As long as you’re persistent to what you want and your goal, eventually at the end, it will pay off,” she said. “And that’s not just my situation, but anything in life. I deplete all my resources and my options before I give up. I don’t give up just because somebody says ‘No.’”

She wanted to become a citizen, she said, because she wanted to overcome the discrimination that she said non-residents experience. People view people with green cards differently from the way they view U.S. citizens, she said. 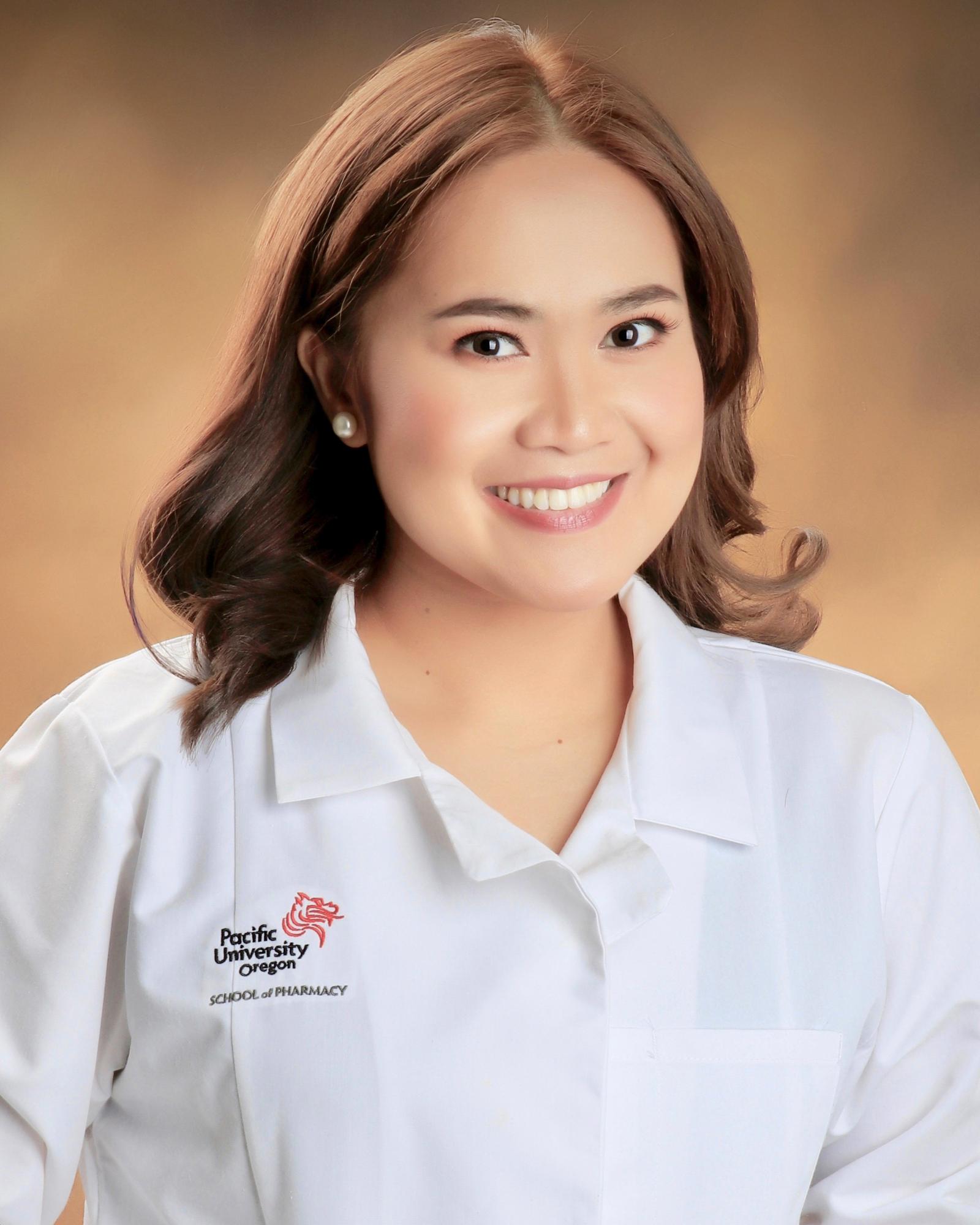 A half-dozen years later, while Manalo was earning her accelerated degrees in pharmacy and business from Pacific, she was also driving up to Tacoma, Wash., one weekend a month for her drills as an Air Force Reservist at Joint Base Lewis-McChord. That meant, on top of the demands of studying in two degree programs, she had to report to base one Saturday a month at 6:45 a.m. and drill through the weekend.

“It was challenging,” she acknowledged.

In general, Pacific was supportive of her workload, but Manalo said she had the impression that professors hadn’t previously encountered students like her. A couple of professors expressed discomfort with her regular requests for accommodations. “You may have to graduate late,” she was told. But she said she got those sorts of comments just a few times. She finished her coursework on schedule, wrapping up the MBA curriculum in October.

Manalo, who now lives in Las Vegas, where her brother and sister live, said she picked Pacific because it offered the degree programs and provided enough financial assistance to let her graduate debt-free. That assistance included her G.I. Bill benefits, a VA scholarship for students training for health professions, and a Yellow Ribbon program scholarship, which provide federal funds to former active-duty military members through many private universities.

Manalo said she was pleased by her professors at Pacific and the quality of her education.

At the same time she was wrapping up her degree work at Pacific, she also got her pharmacist license (RPh) and certification as a Project Management Professional. It was a significant haul of credentials just a little more than three years after she left active duty.

To the suggestion that she is a gifted student, she took gentle exception.

“I like to think of it more as hard work and persistence and also a lot of prayers, and God’s help.”

After leaving active duty and entering the Air Force Reserves, she moved to Oregon to attend the pharmacy and business programs. She interned in Guam, came back to the United States, and, after finishing at Pacific, moved to Las Vegas to join her family. When the MBA coursework was done, she rewarded herself with a vacation to Turkey, Dubai, Mexico and the Pacific Coast of the United States — just a few of the 25 countries she’s visited. That included her active-duty deployment to Qatar in 2016.

She still isn’t sure what she will do for a permanent career, though she has the idea she will someday launch her own business. For now, because she received a VA Health Professional Scholarship, she will work as a clinical pharmacist for the Department of Veterans Affairs for the next two years to complete her service obligation to the government.