The MFA in Writing is excited to be welcoming two new guest faculty to the program with this January's residency: nonfiction writer Meera Subramanian and novelist De'Shawn Charles Winslow. 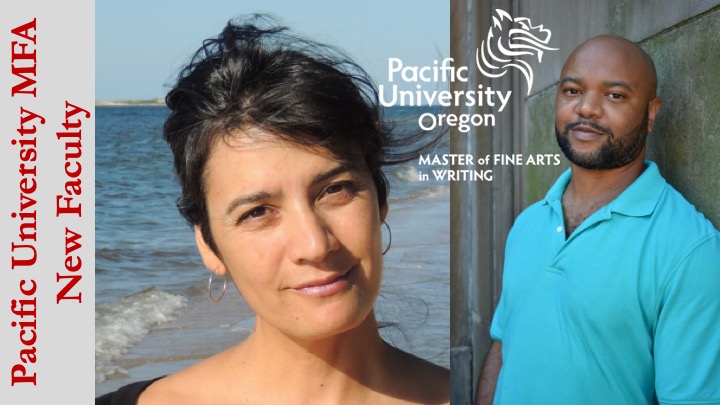 Meera Subramanian is an award-winning journalist who writes about culture and the environment for newspapers and magazines around the world. Her book A River Runs Again: India’s Natural World in Crisis from the Barren Cliffs of Rajasthan to the Farmlands of Karnataka was a 2016 Orion Book Award finalist, and her writing has been anthologized in Best American Science and Nature Writing and multiple editions of Best Women’s Travel Writing. She is currently a co-director of the Religion & Environment Story Project and a contributing editor of Orion.

De’Shawn Charles Winslow was born and raised in Elizabeth City, North Carolina. He holds an MFA and BFA in creative writing, and an MA in English literature. De'Shawn's novel, In West Mills, received a 2020 American Book Award and the 2019 Center for Fiction First Novel Prize. A forthcoming novel will be published in early 2023.