Much Ado About Nothing: An Interview with director Austin Tichenor 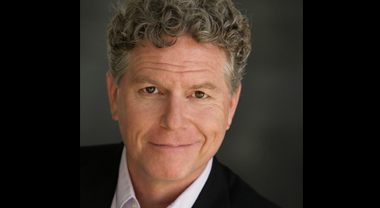 For the upcoming production of Much Ado About Nothing, guest director Austin Tichenor and I sat down to talk about how his vision for the show and what he hopes audiences will take away.

You have a unique background in working with Shakespeare. Could you tell us a little about the Reduced Shakespeare Company?

Austin Tichenor: My first professional theatre job, while in grad school, was running a theatre for young audience program. I first started 'reducing' Shakespeare there, creating 50 minute long adaptations to be performed by student actors. Turned out this was perfect training for the Reduced Shakespeare Company, which I joined in 1992. Since joining the RSC and performing in their original show The Complete Works of William Shakespeare (abridged), I've written and performed The Reduced Shakespeare Radio Show, six half-hours of Bard-related tomfoolery, for the BBC World Service; the irreverent reference book Reduced Shakespeare: The Complete Guide for the Attention-Impaired (abridged); William Shakespeare's Long Lost First Play (abridged), the young dramatic poet's first completed work that was a hundred hours long and clearly never intended for production (which we premiered at the Folger Shakespeare Library last year); and Pop-Up Shakespeare, an illustrated pop-up book that will be published in the US and UK this fall by Candlewick and Walker Books. So it's great to be working on just one Shakespeare play again!

You've directed a production of Much Ado About Nothing before. What made you want to revisit the play?

I've always loved this play, particularly the comic situations and the banter betwixt Beatrice and Benedict. I think it's one of Shakespeare's truest comedies about the foolishness and fervor of love. The version I directed before was a 50-minute adaptation intended for a mostly young audience. I wanted to do it again in a longer version to see whether the comedy could sustain across two acts.

What inspired you to set the show in a mid-century high school?

Much Ado was categorized as a comedy in the First Folio (published in 1623); despite this, I've seen productions that turn it into an intense drama or even a tragedy, which seems to violate the spirit of the script and the author's original intent. The show depicts young lovers making disastrous decisions in the throes of love, where passion and jealousy can overwhelm sense, and yet the audience has to remain sympathetic. Setting it in a high school contextualizes the behavior in a way that allows us to find it funny, forgive it, and perhaps reflect on a time in which we too once wildly overreacted to something that maybe wasn't quite that important as it seemed at the time.

You have cut and condensed the script for this production from the original text. How did you decide what to distill into this script? Did the gender divergent casting of the show play into that process?

Again, my goal was to focus on the comedy, and clear away some of the brush of Shakespeare's 400-year-old puns and classical allusions. More so than in his tragedies and histories, Shakespeare used every comic device at his disposal in his comedies, including jokes and pop culture references that don't really work anymore. Turns out there's a really funny play under all that!

Shakespeare doesn't play with gender roles in Much Ado the way he does in Twelfth Night and As You Like It, but that doesn't mean we can't! It's fun to cast the best actor for a role regardless of gender, and this adaptation of Much Ado allows for that. It also allows us to comment on gender-fluidity in romantic situations, and to create a slightly more sympathetic matriarchy instead of recreating a 400-year-old patriarchy.

What do you hope audiences take away from seeing this show?

A sense of fun. And maybe a greater appreciation that this Shakespeare fella kinda knew what he was talking about, didn't he?

Austin Tichenor is a Visiting Professor of Theatre at Pacific University; the Artistic Director of the Reduced Shakespeare Company; co-author of nine Complete (abridged) scripts (including William Shakespeare’s Long Lost First Play (abridged), which premiered at the Folger Shakespeare Library in 2016; the irreverent reference book Reduced Shakespeare: The Complete Guide for the Attention-Impaired (abridged); and the illustrated book Pop-Up Shakespeare, which will be published in September 2017. Austin has acted off-Broadway, in London’s West End, at Lincoln Center, the Kennedy Center, on PBS with The Complete Works of William Shakespeare (abridged), the LA Philharmonic, Chicago’s Lookingglass Theatre, and in venues around the world. TV credits include recurring roles on Alias, 24, The Practice, Ally McBeal, and Felicity; and various guys in ties on The West Wing, Gilmore Girls, ER, The X-Files, and shows like them. He produces and hosts the weekly Reduced Shakespeare Company Podcast, available on iTunes and now in its 11th year. In 2016, Austin also directed his world premiere adaptation of Jasper Fforde’s The Eyre Affair at Valparaiso University. Follow him on Twitter @austintichenor.