Nick Buekea Learns Occupational Therapy From the Inside 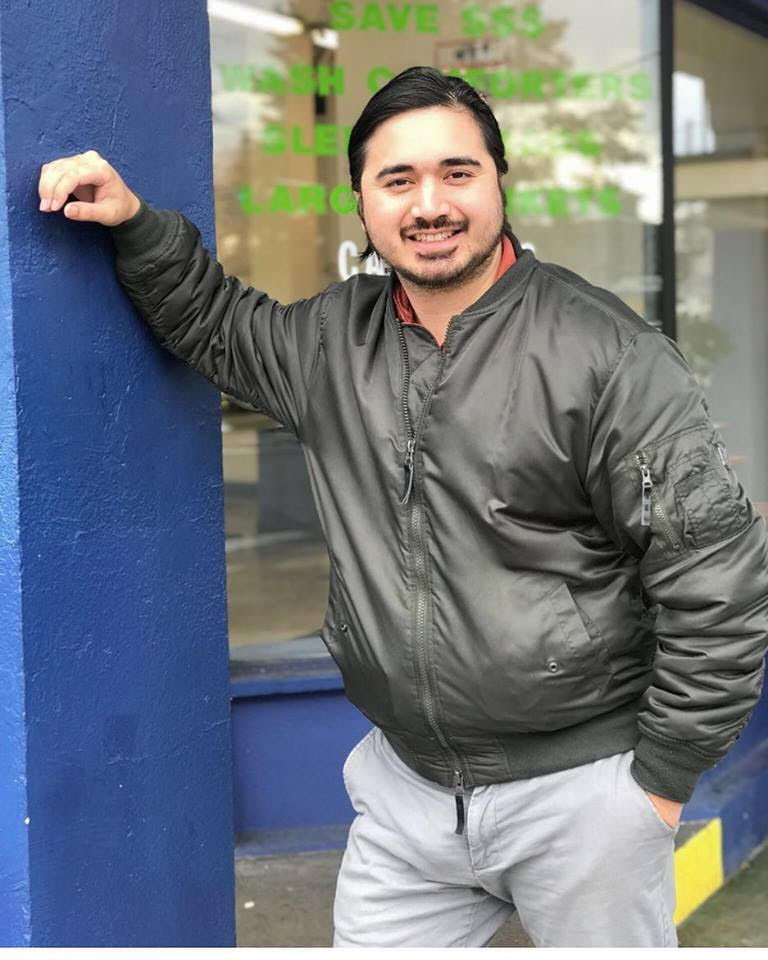 Any graduate's walk across the Commencement stage is meaningful, but Nick Buekea's walk Aug. 10 with his classmates in the Occupational Therapy program marks a major milestone in his personal growth. He knows more than most people how empowering occupational therapy can be.

As a younger adult, he suffered from a psychosis that was occasionally crippling, making him fearful, unable to empathize with others, and evoking feelings of grandiosity.

He went to court after a nonviolent episode at a frat house in Corvallis in 2010, and was judged guilty except for insanity. After that sentence, he came into contact with the Early Assessment and Support Alliance, or EASA, which supports young people experiencing the onset of psychotic disorders. It's a program with a goal, in its words, "to minimize the potential long-term impact of the disorder while providing skills training, case management, treatment and low-dose prescribing."

Members of the Pacific University faculty, including associate professor Sean Roush OT '97, are part of the team of health professionals who are active in EASA. (See Roush discuss how occupational therapy is used to help EASA clients adjust and respond effectively to their environments.)

Roush said he met Buekea when he was already turning toward the idea of becoming an occupational therapist, but that "I've gotten to see some progress in his personal healing." He said he was so impressed by an essay Buekea had written that it became the basis for a section in a chapter written by Roush and Halley Read, clinical assistant professor in Pacific's OTD program for a widely used occupational therapy textbook that was updated last winter.1

"I know now that psychosis can be talked about and does not need to be kept hidden as a curse mark," Buekea wrote in his textbook essay, in part. "Humans are resilient. I know this from experience."

Buekea has accompanied Roush and others for summer field work in York, U.K. Now, Roush said, Buekea is eager to help educate others who are trying to work through and past their psychoses.

In working with EASA, Buekea said, he noticed that the occupational therapists "were generally smiling people. They just were happy. That's all I really wanted."

Occupational therapy, he said, helped give him the power to make goals for himself. The task-oriented work, which re-taught lessons about privacy, ownership and social interaction through activities such as playing UNO or basketball, was powerfully healing.

For the last seven years, Buekea has been a member of EASA's Young Adult Leadership Council, working with the team at LifeWorksNW to support, encourage and help heal others who entered the program as he did. He says he intends to remain connected to EASA as he launches his professional career as an occupational therapist.

"Occupational therapy has become more than a distant dream of cloudiness and confusion," he wrote in the Occupational Therapy Pinning Ceremony program. "I now understand the nature of OT as a science and art, purposed for physical, mental, and spiritual healing through therapeutic interaction," adding his thanks for his "phenomenal" professors and family members. He concluded:

"Without community, my self-discovery and future would not be possible."

Read Nick's thoughts on such subjects as medication, schizophrenia, hospitalization and counseling at his blog on Heartpill.org. Explore the site further for his music and writings.