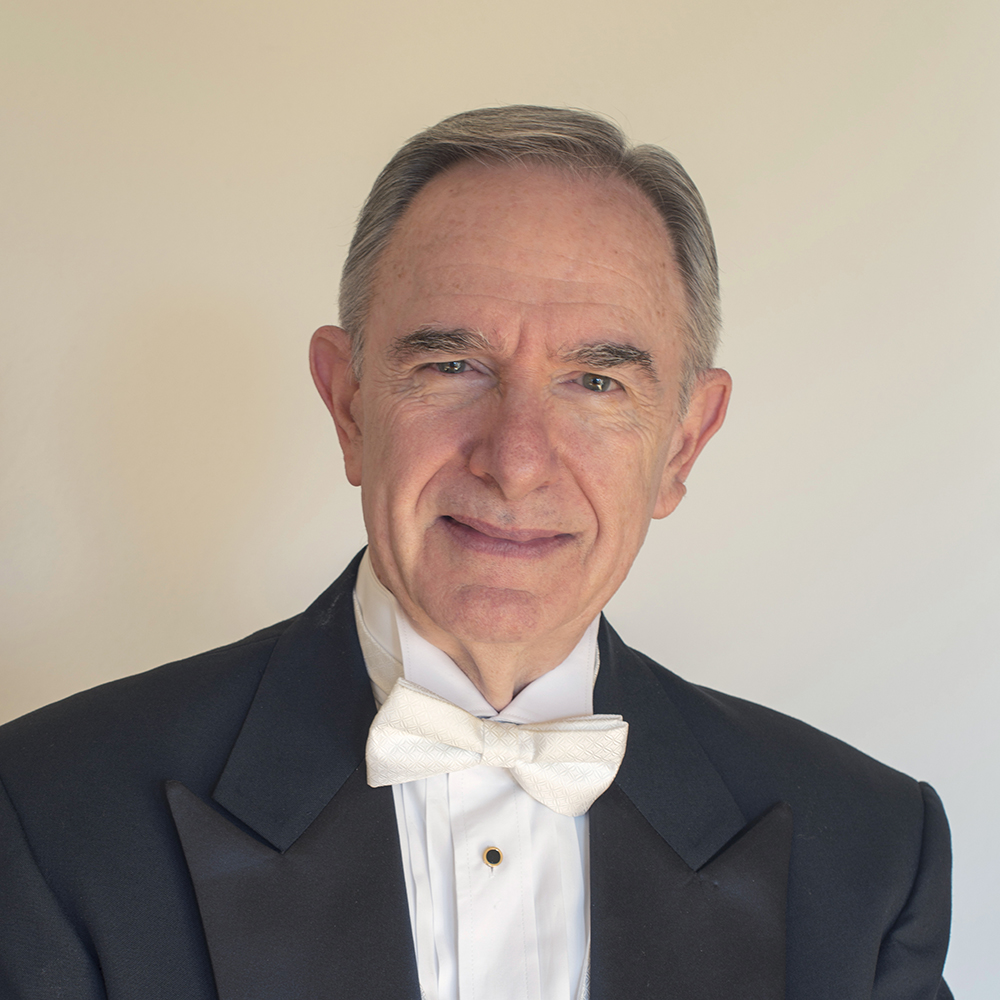 Burch-Pesses received the prestigious award at the association's annual conference in Eugene, Ore., in January. The award recognizes those who have devoted a lifetime of service to music education and have a highly distinguished record of professional accomplishment. It is named in honor of the late University of Oregon Professor Emeritus John McManus, one of the most widely respected music educators in state history.

At Pacific, where he is known affectionately as "Dr. B-P," Burch-Pesses conducts several ensembles, including the Symphonic Band, Jazz Band and Wind Ensemble, and teaches Music Department courses in conducting and music education.

Since joining Pacific in 1995, he has received several other honors, including the university's S.S. Johnson Foundation Award for Excellence in Teaching in 2006. In 2017, he was named a Distinguished University Professor.

"Michael Burch-Pesses is an outstanding example of the best that we can be as teacher-scholars," said Sarah Phillips, interim dean of the College of Arts & Sciences.

"He is dedicated to his students, his discipline and his college. It is such a privilege to have him on our faculty."

Before joining Pacific, Burch-Pesses had a distinguished career as a bandmaster in the Navy. He enlisted as a hornist and rose through the ranks to become the Navy's senior bandmaster and head of the Navy Music Program.

During his Navy career, Burch-Pesses served as the leader of the Naval Academy Band in Annapolis, Md. He was also assistant leader of the Navy Band in Washington D.C. and director of the Commodores, the Navy's official jazz ensemble.

Today, Burch-Pesses not only serves as Pacific's director of bands, but also as conductor and musical director of the award-winning Oregon Symphonic Band. In 2007, the John Philip Sousa Foundation awarded the band its prestigious Sudler Silver Scroll award for community concert bands.

He also leads Pacific's annual Music in May festival, one of the longest running high school music festivals in the country. This spring, Music in May celebrates its 70th anniversary and will feature three guest conductors from the Pacific University faculty, including Burch-Pesses leading the band.

"The Distinguished Teacher Award is the highest award given by the Oregon Music Education Association," said Burch-Pesses, who received the award at a ceremony attended by some 1,000 music teachers and students. "It's a true honor to be included among the previous recipients."