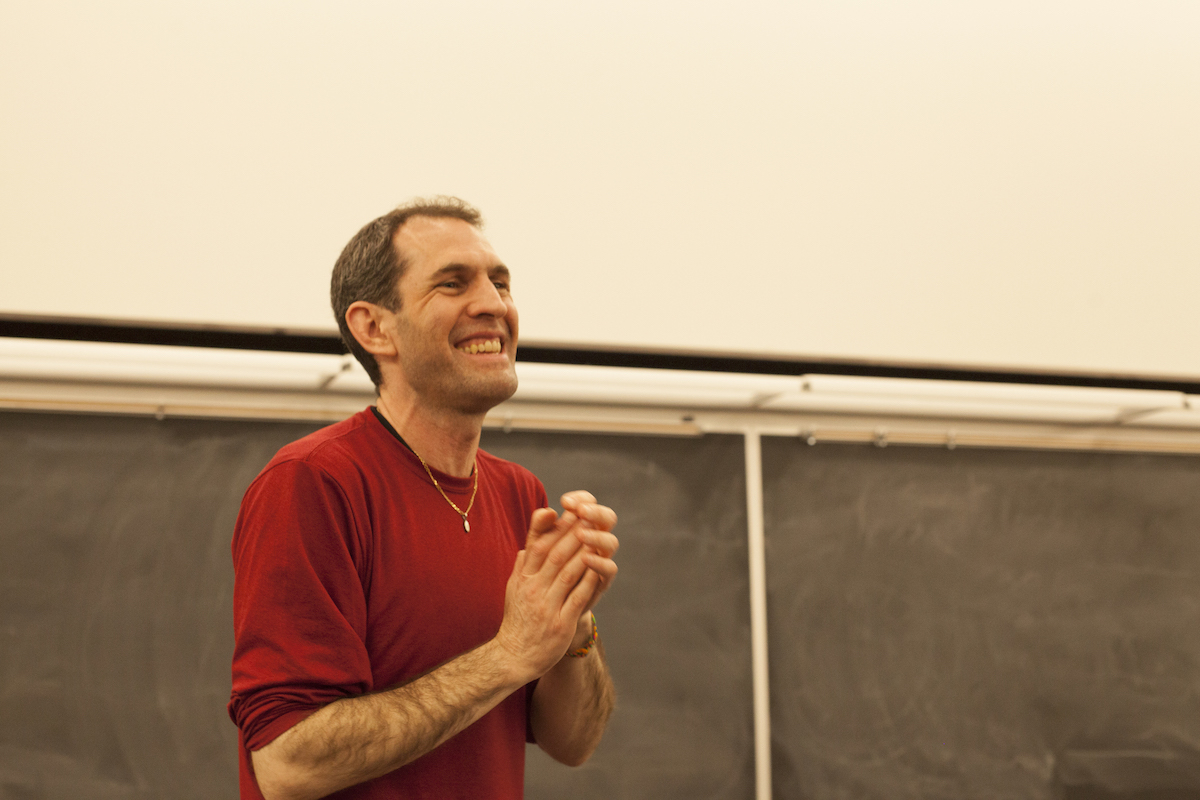 Pacific University Physics Professor Todd Duncan has been recognized by his Oregon peers for outstanding teaching.

Next month, he will be one of two professors statewide to receive an Outstanding Educator: Higher Education award at the Oregon Academy of Science’s annual conference.

The honor is bestowed upon educators who demonstrate teaching excellence through unique contributions in any of the science disciplines.

Duncan was selected “in recognition of considerable creativity in physics education that enriches the minds at Pacific University and Portland Community College and captivates members of the public in Oregon,” OAS president Andrew Baggett said.

Duncan has served as visiting assistant professor at Pacific since 2016 and is also an adjunct instructor at Portland Community College. At Pacific, Duncan works with faculty of non-science disciplines to introduce the cosmic perspective to students of the arts and humanities. In doing so, he shows students how physics directly relates to the fundamental aspects their primary area of study.

Following a highly successful local TEDx Talk he gave about the cosmic perspective, Duncan collaborated with the Pacific University Music Department for a Cosmic Concert in 2017 and with Pacific’s Theatre Department during its Fall 2018 production of Silent Sky, which chronicled the life of astronomer Henrietta Leavitt.

“Todd is an extraordinary teacher who embodies the best of a liberal arts education,” said Pacific College of Arts & Sciences Dean Sarah Phillips, who nominated Duncan for the award. “His ability to integrate the lessons of science across all of the college’s curriculum, including the arts and humanities, makes science visible to all students, even in areas where they least expect to find scientific principles at play.”

Duncan is also founding director of the Science Integration Institute, a nonprofit organization he created to help improve access to insights from science that are relevant to connecting everyday experience to a cosmic perspective. Since 1998, the institute has served several thousand people through public lectures, workshops and publications. In addition to TEDx, Duncan has also shared his insight to a variety of audiences, including at churches, service clubs and prisons.

Duncan will receive his honor on Saturday, Feb. 23 during the OAS conference at Linfield College in McMinnville. Founded in 1943, the Oregon Academy of Science promotes scientific research and education in Oregon.