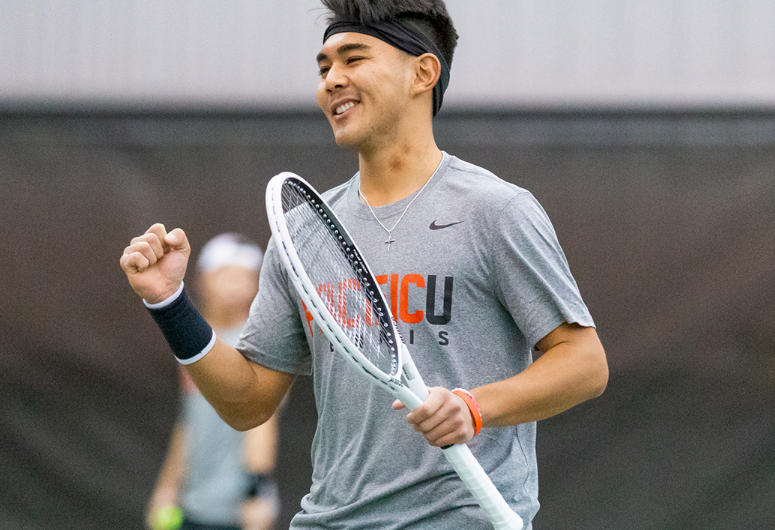 Pacific University men's tennis senior Rayden Murata (Kaimuki, Hawaii) has been named one of the 10 male semifinalists for the Arthur Ashe Jr. Sport Scholar award, as announced by Diverse: Issues in High Education on Tuesday, March 31. The award recognizes outstanding minority young men and women who have distinguished themselves in their academic and athletic pursuits.

Over three-plus seasons on the court, Murata recorded 62 career wins en route to first team all-Northwest Conference honors in 2019. Off the court, he has been an active member of the Pacific University Student-Athlete Advisory Committee for the last four years. In 2019-20, he serves as the President after serving in 2018-19 as a Vice President. He also represented Pacific University at the 2019 CoSIDA Convention as a student panelist for the annual Divisional Day in Orlando, Fla.

In addition to their athletic ability, the students named 2020 Arthur Ashe Jr. Sports Scholars are students of color who have maintained a cumulative grade-point average of at least 3.5, are at least a sophomore academically, and have been active on their campuses or in their communities. Of the close to 1,000 scholar-athletes nominated, one male and one female athlete will be selected as Sports Scholar of the Year.

The male semifinalists (in alphabetical order) are: