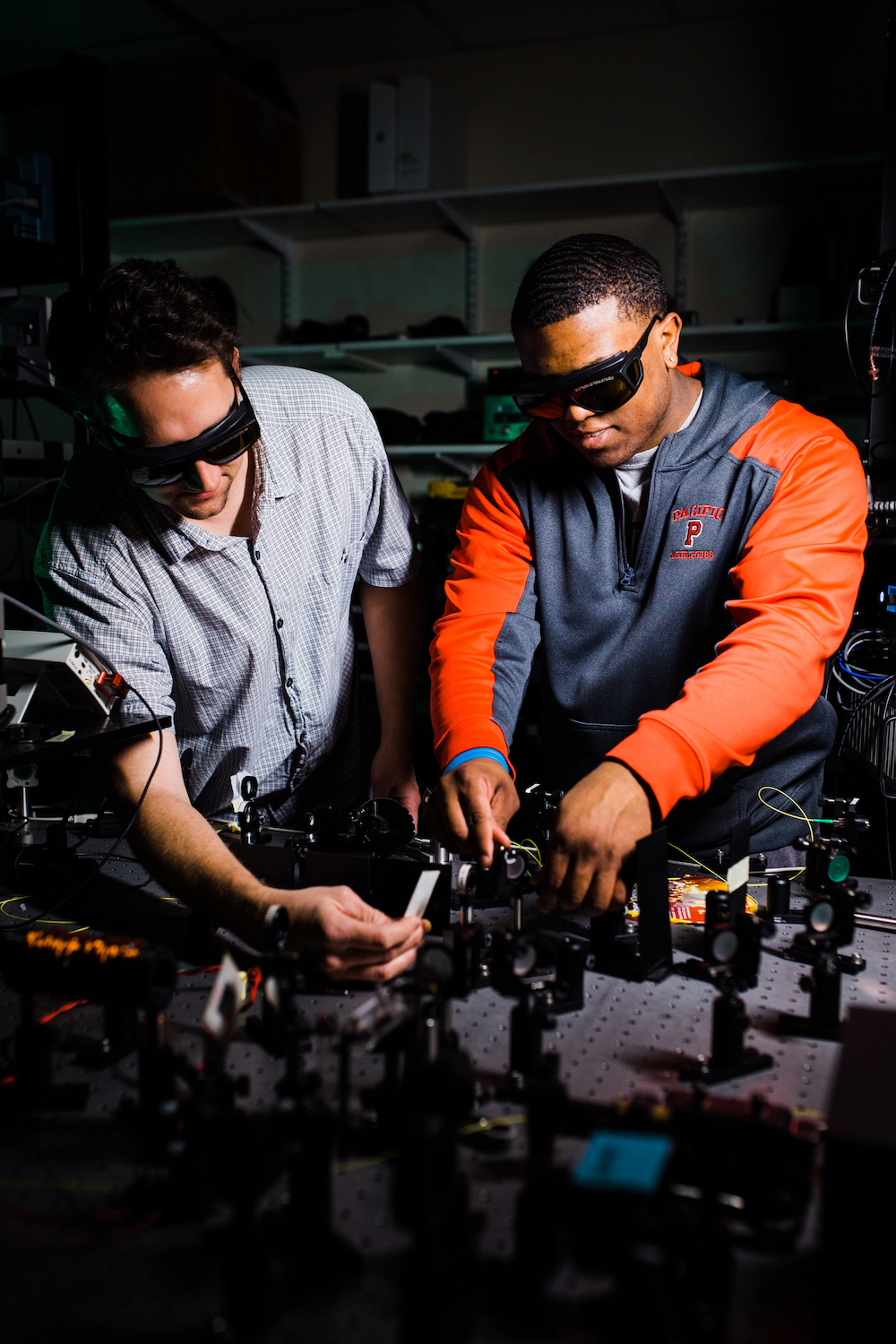 Pacific University is the top private research university in the Pacific Northwest, according to a new survey by the National Science Foundation. The NSF's 2017 Higher Education Research and Development (HERD) Expenditures Survey ranks Pacific ahead of all other private colleges and universities based in Oregon, Washington, Idaho and Alaska.

It also puts Pacific at No. 10 in the Far West, which includes all of California, Nevada and Hawai‘i. With its top-10 ranking, Pacific joins the likes of well-known research stalwarts Stanford, USC and Caltech.

Pacific spent $7.77 million on research endeavors during the 2016-2017 fiscal year, ranking 354th nationally among all 644 institutions (public and private) who participated in the voluntary survey. Pacific's expenditures were more than twice that of the nearest private university in the Northwest. Pacific’s ranking also jumped 125 spots from its 2016 position.

The annual HERD survey collects information on research and development expenditures from colleges and universities in the U.S. and U.S. Territories. Expenditures come from institutional funds, as well as a multitude of other sources, including grants from federal, state and local governments, for-profit businesses and not-for-profit organizations.

Often a staple of large public universities, research has become increasingly prominent at Pacific over the past decade, both in its robust graduate programs, particularly in the health professions, and at the undergraduate level.

Prominent research projects currently underway at Pacific include a study of quantum optics, an effort to restore the Silverspot Butterfly in Oregon, a study on the impact mindfulness-based resilience training has on the stress levels of law enforcement officers, as well as one to initially test the effect mindfulness may have on preventing substance abuse relapse.

Ann Barr-Gillespie, vice provost for research and executive dean of Pacific's College of Health Professions, said the university's growing investment in research underscores the importance of experiential education at Pacific.

"Research opportunities for all of our students, regardless of their discipline, are critical to adequately preparing them to excel in their respective fields," she said. "The commitment of our faculty and staff to engage students in both traditional scientific research and creative scholarship ensures they are ready to contribute to and serve the global community."

Pacific provost and vice president for academic affairs John Miller concurred, saying the rankings reflect Pacific's core values and a commitment to providing students at every level the opportunity for meaningful opportunities to discover, create, and share knowledge.

“While research is deeply embedded in our graduate programs, it is also a hallmark of the Pacific undergraduate experience,” Miller said. “Research is a fundamental component to our curriculum, not just in the natural and social sciences, but in the arts and humanities, as well as our education and business pedagogies. We are keenly interested in providing undergraduate and graduate students with as many opportunities to collaborate with our professors on peer-reviewed research as possible.”

Barr-Gillespie said the restructuring of Pacific's research office into the Office of Scholarship and Sponsored Projects in 2014 has been instrumental in Pacific's increase in grant funding for research. Led by director Jo Isgrigg, the office has assisted faculty and students in securing government grants.

Additional funding through private donations, such as the MJ Murdock Charitable Trust and the W.M. Keck Foundation, as well a recent endowment established by Dr. Peter and Judy Kohler to expand undergraduate research, has uniquely positioned Pacific as a national research leader among private universities and colleges.