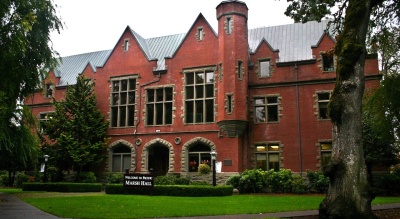 Pacific University has once again been recognized highly by US News & World Report and Forbes. US News ranked the university tied for 20th in the "Regional Universities West Region" category, comprised of institutions that provide a full range of undergraduate majors and master programs, and few if any, doctoral programs.

For its annual rankings, the publication uses the Carnegie Foundation for the Advancement of Teaching classification system, which categorizes institutions as national universities, national liberal arts colleges, regional universities and regional colleges.

Regional universities are ranked by region (North, South, East, West), and the publication selected a total of 121 institutions within the West. US News also ranked Pacific 11th among regional universities in the west in its Best Value Schools category. To determine this list, the publication weighs a university's overall ranking and its 2012-13 net cost of attendance for a student who received the average level of need-based financial aid.

Additionally, The Princeton Review has again named Pacific a Best Western College. The university is among just 125 institutions from 15 western states, including California and Texas, to be listed by the publication.