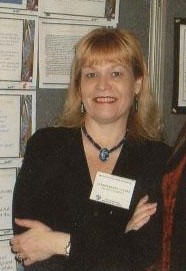 Pacific University Psychology Professor Alyson Burns-Glover was named winner of the Outstanding Teaching Award for 2022 by the Western Psychological Association, which noted she is “committed to cultivating deep and rich connections with students, starting in the classroom and extending throughout their college lives and beyond.”

It is the latest in a skein of awards for Burns-Glover, who previously was awarded Pacific’s S.S. Johnson Award for Excellence in Teaching, the Charles Trombley Professor Award, and Pacific University’s Diversity and Social Justice Award. She also was a nominee for the Carnegie Professor for the Year Award.

She has taught at Pacific since 1989. She was a first-generation college student and a daughter of immigrants, who has developed community outreach courses for “Lifeguides”

“As a woman of color it's not always easy to belong, and she has consistently been here to support me,” Rodriguez said by email. “I have also seen how dedicated she is towards her students and the day-to-day teaching.”