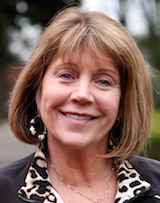 The Institute of International Education has awarded Pacific University English professor Lorelle Browning with a U.S. Scholar Fulbright grant to conduct research and teach American drama in Vietnam during the 2014-15 academic year.

After working frequently in Vietnam for 19 years, she plans to write a book, illustrated by never-before-seen archival photos, about actors who performed war propaganda plays in the jungles amidst ambushes and U.S. bombing strikes during the French and U.S. wars there.

She will also be teaching American drama and acting techniques at the Hanoi Academy of Theatre and Cinema, and will be co-producing a production of an American play with Vietnam's National Theatre Company in Hanoi.

This Fulbright award is the second of Browning's career. She also spent a year collaborating with theatre companies and teaching in Vietnam on a similar grant in 2002-03.

"It is extremely unusual for someone to receive two Fulbright grants for the same country, so I feel extremely honored," Browning said.

Browning has previously taught at Vietnamese colleges and universities in Hue, Hanoi and Ho Chi Minh City, and has co-produced several collaborative productions featuring Vietnamese and American actors performing together in Vietnam and the U.S.

The award-winning documentary film “A Dream in Hanoi," chronicles Browning's theatre collaborations and has aired numerous times on PBS and LINK television.

She has worked with Portland's Artists Repertory Theatre on bilingual Vietnamese-American productions of Shakespeare's Midsummer and Tennessee Williams' Glass Menagerie. In 2011, Browning co-directed a Vietnamese production of Arthur Miller's All My Sons, sponsored by the U.S. Embassy.

Browning is the founder of Vietnam–America Theatre Exchange, a project which first brought Vietnamese actors to perform at Pacific University and other west coast universities in 1998. She is recognized as the most renowned non-native expert on Vietnamese theatre and is frequently invited to international conferences, including Korea and France this year, to deliver plenary presentations on the history and future of Vietnamese spoken drama.