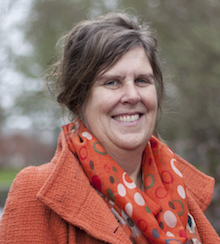 An article, co-authored by Pacific professor of mathematics Nancy Ann Neudauer, on the life of esteemed  mathematician Grace Alele-Williams, was published in the March 2022 edition of Notices of the American Mathematical Society.

Throughout her career, Grace Alele-Williams demonstrated concern for the access of female African students to scientific and technological subjects. A professor of mathematical education, she was the first Nigerian woman to be awarded a doctorate and went on to become the first female Nigerian Vice-Chancellor of the University of Benin.

Alele-Williams achieved many of her “firsts” for women, as Nigeria was becoming a new nation. During the country’s time of transition, she contributed to the transformation of education at all levels, to the building of a university, and to the breaking down of boundaries for women.

While her impact and contributions might be well known in mathematics education circles in Nigeria, they are not as well known in other parts of Africa or the world.