"Programming is the Closest Thing We Have to Magic" 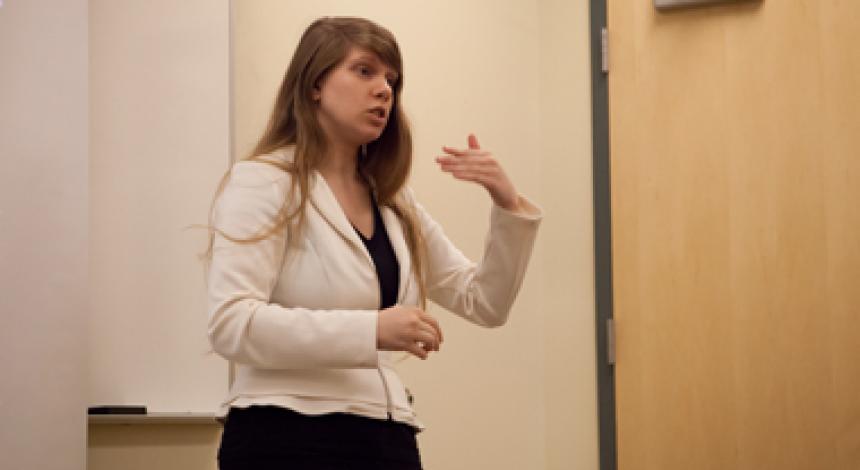 The computer science major keeps a list of ideas that pop into her head in the morning.

“If you ever get random ideas, jot them down!” she advises.

Her senior project, a Windows-based game called Echolocation, was one such idea.

The character of the game is a bat, flying through a rapidly changing landscape, trying to avoid obstacles and catch bugs. Only, it’s dark. Shinsel uses light to mimic echolocation, so when the bat sends out a sound, the scene lights up briefly.

Also an artist, Shinsel has hand drawn the scenes and uses DirectX for the graphics.

“It’s a complicated, but effective graphics platform. It’s more difficult for the programmer, but it gives you a lot of freedom,” she said.

That’s the beauty of computer science, she said.