By
Department of English 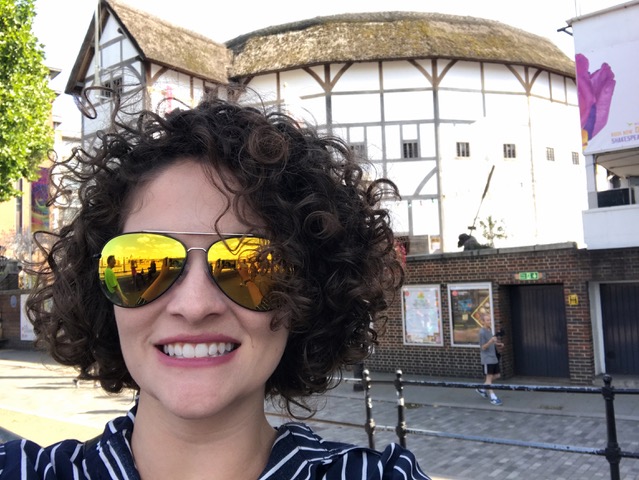 Tavares’ article, “A Race to the Roof: Cosmetics and Contemporary Histories in the Elizabethan Playhouse, 1592-1596,” was published in Shakespeare Bulletin 34, no. 2 (Summer 2016).

The piece explores the little studied area of inner stage technologies within the English Renaissance playhouse, specifically the architecture of the “Heavens,” which is comprised of a roof painted with the cosmos and a complex pulley system for suspending props and actors. Tavares responds to limited study and analysis of the evolution of the Heavens through recently-discovered archeological findings about the stage technology alongside an economic analysis of socioeconomic factors that may have influenced its development. In doing so, Tavares lays out an argument that the Heavens capitalized upon playgoers’ expanding shared knowledge of England’s place within a global history, and provided a cultural space in which to interrogate England’s changing relationship to its Mediterranean neighbors.

Specializing in Shakespeare and Tudor drama, Tavares’ research foci include sixteenth-century playing companies, Shakespeare in television, theatre history and performance. She will be a featured presenter this spring as part of the #NextGenPlen panel at the annual Shakespeare Association of America conference in Los Angeles, CA. Tavares currently serves as Scholar-in-Residence with the Original Practice Shakespeare Festival, as well as senior drama editor for Pacific University’s literary magazine, Silk Road Review: A Literary Crossroads.

Want to learn more about Tavares' work on Shakespeare? Check our her talk before a screening of Shakespeare in Love on Feb. 21, 2018, at 6:30 p.m. at the Oregon Museum of Science and Industry (OMSI). The pre-show discussion is part of OMSI's Reel Science series.