Please join us in congratulating Tabitha Galindo '19 for receiving the American Physical Therapy Association’s (APTA) Mary McMillan Scholarship Award, the organization’s most prestigious student award. The award honors students in their last year of an accredited program for their "superior scholastic ability and measurable potential for future contributions to both the physical therapy profession and the American Physical Therapy Association." 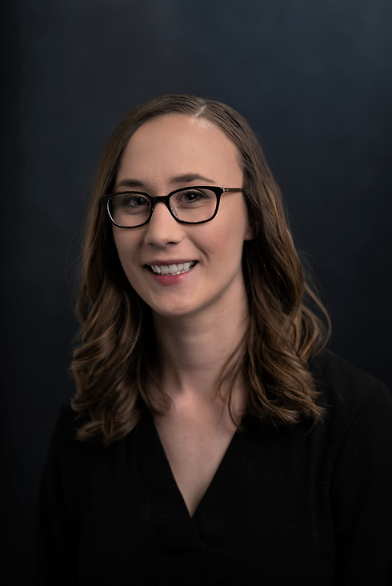 Tabitha also received the American Physical Therapy Association’s Outstanding Student Physical Therapist Award.  The purpose of this award it to identify student physical therapist members in their last year of an accredited program with “Exceptional overall accomplishments and contributions to APTA, the Student Assembly, and the physical therapy profession.” In 2019, there were over 11,000 eligible students in their final year of physical therapy school for these scholarship awards and Tabitha was individually recognized for her professional involvement, community service, program contributions, and scholarly achievements.

Tabitha added "I was so honored to be both nominated and selected as a recipient for these prestigious awards, one of which is named after the founder of our profession. I am grateful for the guidance and mentorship that I received from Pacific University faculty and other professionals in the Oregon community, I am proud to represent our state and school. It is thrilling to receive this recognition at the end of my student career and I am greatly looking forward to the beginning of my professional practice."

She will receive The Mary McMillan Scholarship Award and the Outstanding Student Physical Therapist Award on June 13 in Chicago at the NEXT APTA Conference and Exposition Honors and Awards Ceremony.

Tabitha fulfilled several student leadership positions for the Oregon Physical Therapy Association (OPTA) including being identified as a representative of the Student Leadership Committee, a role as Student Delegate, and PT Day-of-Service Liaison for the Membership Committee. In these positions, she helped keep PT and PTA students in our state informed about professional issues, facilitated networking opportunities, represented Oregon at the House of Delegates, participated in OPTA strategic planning, authored articles for the Oregon Log (the quarterly publication for the OPTA), and helped to organize local community service activities for students, faculty, and clinicians, among other noteworthy accomplishments. She was also elected as the Core Ambassador to the APTA and served as the connection between the Student Assembly Board of Directors and students in Oregon. Not surprisingly, she received the Emerging Student Leader Award in 2018 from the OPTA for her outstanding and sustained contributions to our profession.

As one of the Service and Outreach Coordinators for our Program, Tabitha helps to organize opportunities for her classmates and faculty to volunteer to help a variety of populations. In this role, coordinators work closely with community leaders to identify and address service opportunities throughout our state that help to fulfill our professional values. To date, Tabitha has contributed to PT Day-of-service, Night Strike, Special Olympics, Go Baby Go, and the Borland Free Clinic, among many other service-related activities. Outside of school, she sits on the Executive Board of Directors for a non-profit organization, the Little Hands, Big Hearts Foundation.

Tabitha has supported our Physical Therapy Program in numerous ways including serving as a graduate assistant, research assistant, tutor, class officer, and mentor. In these roles, she has helped with data collection, literature review, manuscript preparation, authorship, participant recruitment, tutoring, organizing service opportunities, and peer mentorship. In fact, as a tutor she played a central role in our new Student Success Program that lead to measurable improvements in students’ academic achievement. She has also provided important feedback about our Student Success Program that has helped to improve it in its second year of implementation. In recognition of her professional involvement, initiative, leadership, creativity, and collaborative skills, Tabitha received the Olson Endowed Scholarship in 2018 from the Physical Therapy Program.

In addition to her service and academic achievements, Tabitha has also established herself as an emerging scholar. While completing physical therapy school, she contributed to two publications and presented at two peer-reviewed conferences. Tabitha is the first author of an article in Pharmaceuticals titled “Evidence for Transient Receptor Potential (TRP) Channel Contribution to Arthritis Pain and Pathogenesis,” which is a peer-reviewed journal of medicinal chemistry and related drug sciences. This narrative review summarizes the evidence supporting a role for various TRP channels in pain and pathogenesis related to osteoarthritic, rheumatoid arthritis, and gout, as well as the current state of pharmacological efforts to ameliorate arthritis symptoms in patient populations. She is also the third author of a chapter in the 4th edition (in press for 2019) of Orthotics and Prosthetics in Rehabilitation (Elsevier), entitled “An evidence-based approach to orthotic and prosthetic rehabilitation.” In this chapter, she synthesized and summarized the literature on PTNow, assisted with the literature search, and prepared the manuscript for publication.  At the fall 2018 Northwest Intermountain Consortium - Annual Conference in Portland, Tabitha participated on a discussion panel about “Perspectives on Revitalized Feedback Dynamics.” Lastly, at the recent spring 2019 OPTA Annual Conference she presented a poster on her critically appraised topic from DPT-790, entitled “The effect of mindfulness-based interventions on quality of life for patients with relapsing-remitting multiple sclerosis: A review of the evidence.”

As the final accolade of her celebrated academic career at Pacific University, Tabitha received the 2019 Alumni Association Outstanding Graduate Award on May 18, 2019 during the Graduate & Professional Commencement.