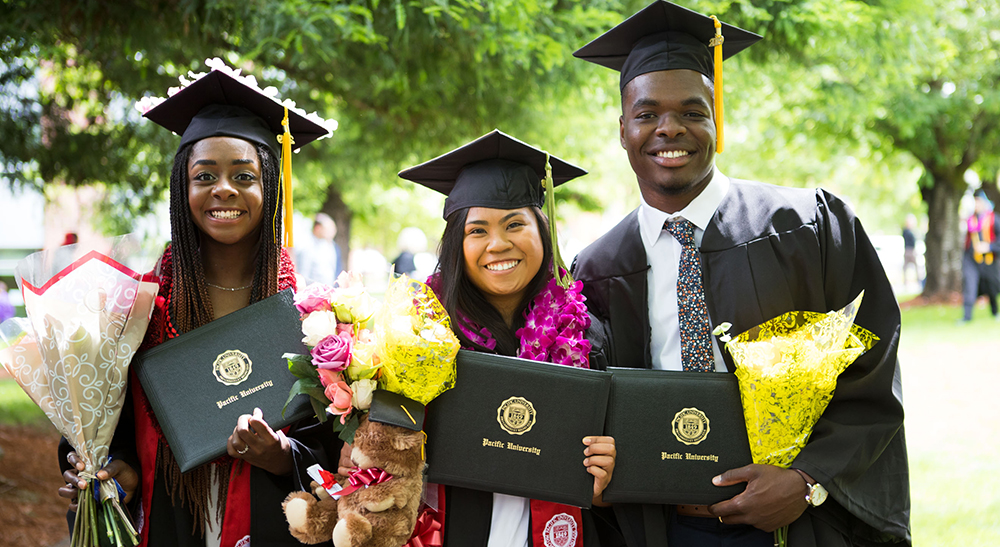 Pacific University is not only one of the top universities in the nation, according to U.S. News & World Report; it also is among the best values, best colleges for veterans, and top performers for social mobility.

U.S. News & World Report ranks universities in overall categories based on the Carnegie classification system. Pacific was reclassified in that system this year, now qualifying for the “National Universities” designation, which includes schools that offer a full range of undergraduate majors, plus master’s and PhD programs. The designation puts Pacific alongside powerhouses like Harvard, as well as most large public universities, in the rankings criteria.

Pacific tied for 185th among all “National Universities” in the country, among a field of 400 ranked schools, making it the top private Oregon university in the field.

U.S. News & World Report also gave Pacific the distinction of being one of its “Best Value Schools.”

The “Best Value Schools” list compares overall ranking to the net cost of attendance for a student who receives the average level of need-based financial aid. “The higher the quality of the program and the lower the cost, the better the deal,” U.S. News & World Report said.

Pacific was No. 47 among “National Universities” in the country and was the highest ranking Oregon school in the category.

Pacific was tied for No. 138 in the country among “Best Colleges for Veterans” — the only private Oregon “National University” to make the list. The criteria identifies schools that are ranked overall and that participate in federal initiatives helping veterans and active-duty service members pay for their degrees.

Pacific also tied for No. 186 in the country among the “Top Performers on Social Mobility.” This list recognizes that “economically disadvantaged students are less likely than others to finish college, event when controlling for other characteristics. But some colleges are more successful than others at advancing social mobility by enrolling and graduating large proportions of disadvantaged students awarded with Pell Grants.”

See what others are saying about Pacific.