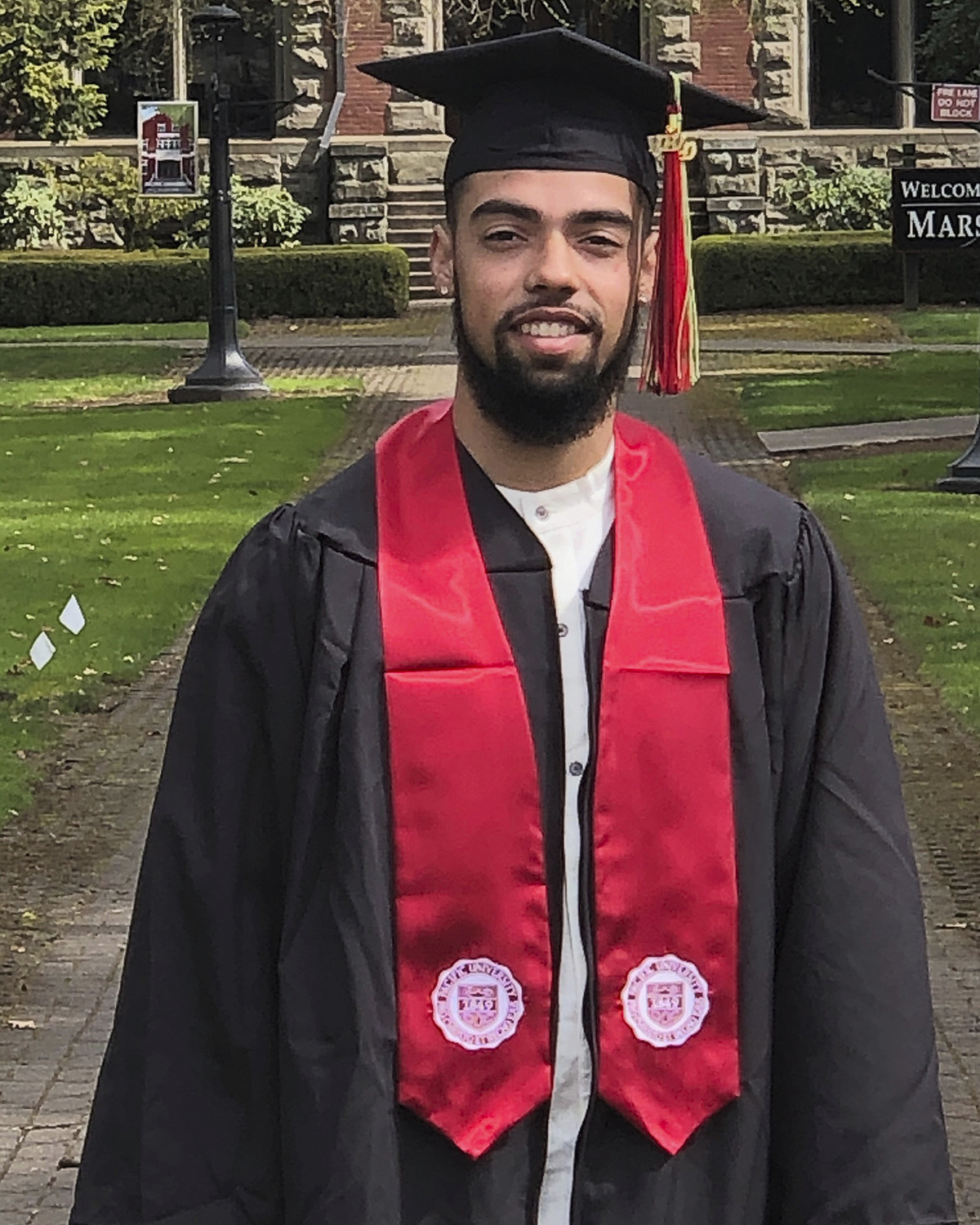 About five years ago, if you were drawing up a route for Pacific football quarterback and wide receiver Dante Reid ’20, it might have sounded like this:

“OK, Reid, we need you to be a high school sports star and honors student, then weigh your college options, and apply for a Black United Fund scholarship. Receive it and use it to attend Pacific University. At Pacific, play Division III football, keep up your grades, and don’t forget your goal: to become a physical therapist.”

He might have nodded, lined up for the snap, then bolted from his crouch and headed downfield.

Five years later, it’s clear he ran his route perfectly. Reid has begun his first year of graduate school at the University of Southern California.

“I feel lucky,” he said in a phone interview from Los Angeles. Working toward his doctor of physical therapy degree lets him “live my dream.”

Looking back, it was a deceptively direct path. His parents, Mindy and Phil Reid, were happy to see him keep playing football, but they were more intent on making sure he continued to be a good student. Reid wanted to keep playing, stay in the Portland area and make progress toward becoming a physical therapist, like his mom. And that’s exactly what’s happened.

Reid distinguished himself as a high school student-athlete at Tualatin (Ore.) High School and had a walk-on offer to play football from the University of Oregon. But after he was accepted at Pacific, financial aid officials encouraged him to seek a Black United Fund scholarship. He was awarded a “pretty substantial” package that closed the financial gap between Pacific and other schools he was considering.

For Reid and for Pacific, it was a good match.

He played Division III football at Pacific for three years, losing his junior year as he recovered from a torn anterior cruciate ligament. He budgeted his academic time wisely, maintained his grades, and graduated in May. He wasn’t sure what would happen next.

In June, he was on the wait list for three graduate schools where he could earn a degree in physical therapy. He wasn’t sure if any would come through, so he had started to look for a job as a physical therapist’s aide. Then he got a Zoom call from USC’s director of admissions

“I didn’t expect anything,” he said.

But as they were wrapping up the conversation, the admissions director shared his screen with Reid. It showed him a letter of acceptance.

“I was just, like, stunned,” he said. “I broke down in tears. It definitely took a weight off my shoulders.”

From uncertainty, Reid could see his new route. In three years, he expects it to take him to a physical therapy degree.

“It’s a great profession,” he said. “It’s definitely a fun one if you’re interested in trying to help people.”