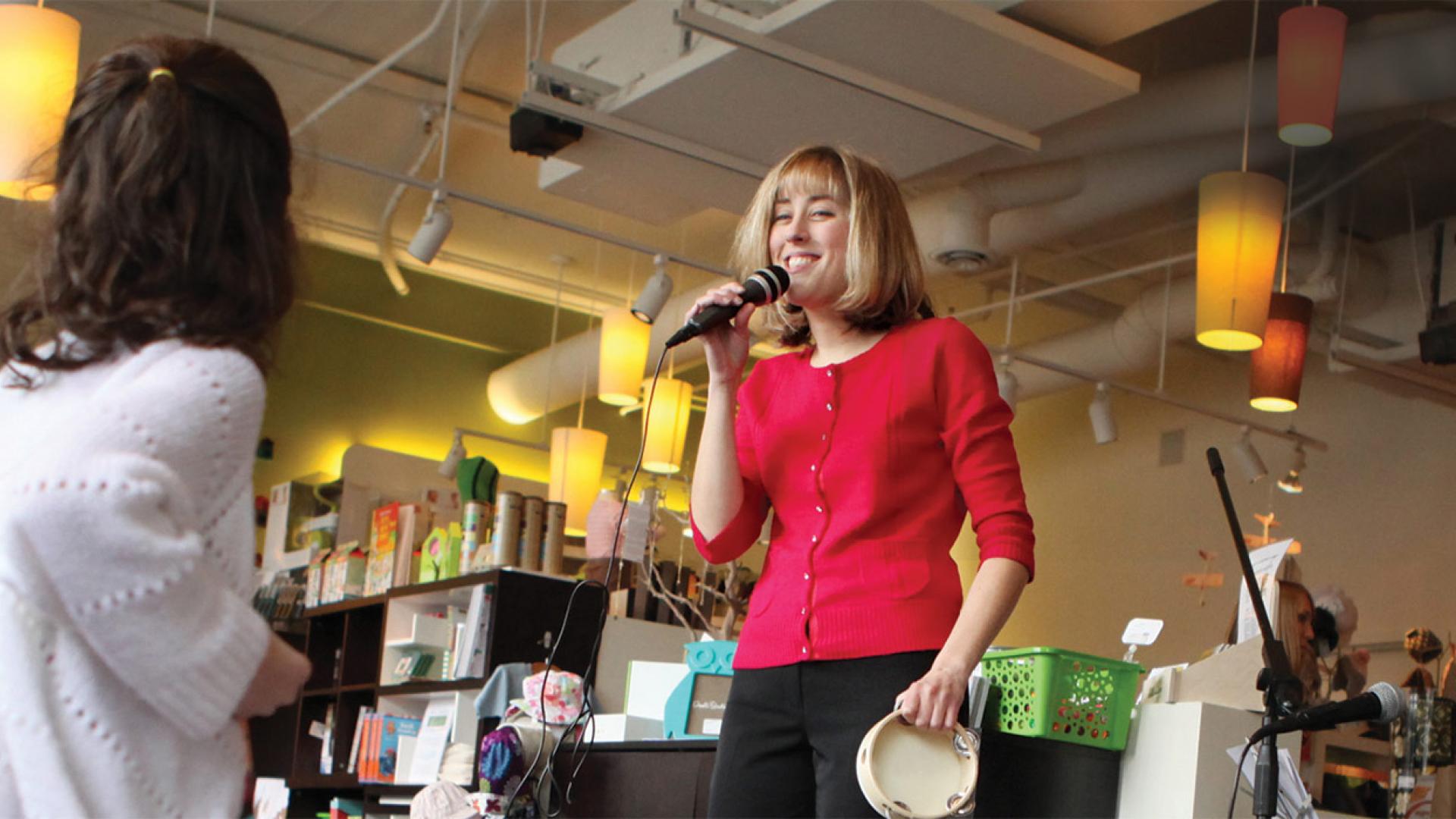 Inspired, Giedwoyn spent the first two years of her doctoral program going to classes full time and writing all the lyrics and melodies for her songs. She then began arranging, rehearsing and recording the songs as well as designing and painting the album cover.

“I’m not exactly sure what brought it on,” she said. “Before, song writing had been a slow process for me. Now, songs were jumping into my head quickly. It was exhilarating and exhausting, because I was trying to balance so much at once.”

This past year, Giedwoyn enrolled at Pacific University part time and concentrated on the distribution and promotion of her album. The CD was professionally recorded at a Portland studio and involved not only Giedwoyn, but also several musician friends playing a number of different instruments.

A Portland native, Giedwoyn has been singing, composing and writing lyrics since she was a young girl. At age 9, she performed an original song on an afternoon television show at Portland’s KATU television station.

As an undergraduate at Lewis and Clark College in Portland, Giedwoyn majored in English, minored in studio art and as an accomplished vocal soloist, performed in numerous musical productions. She also spent a semester in London studying music and theater.

However, it wasn’t until her senior year that an introductory psychology class sparked Giedwoyn’s interest in that field. “I fell in love with psychology,” she said. So, after graduation, she worked for KATU as a writer and also took classes at Portland State University to earn a second bachelor’s degree in psychology. She worked at Portland’s television station KGW before applying to several colleges for graduate work in psychology.

“I chose Pacific in part because I really felt at home with the faculty,” she said. “I liked what the faculty’s research interests were and I wanted a program with an emphasis on strong clinical skills.” Ideally, she said, she hopes her degree in psychology can be combined with her musical interests to help others.

Giedwoyn is continuing to combine both interests and working to promote her CD. Created for 2 to 8-year-old children, the CD comes in two versions—one with music only—the other with music, lyrics and photos of Giedwoyn as a child. ■

This story first appeared in the Spring 2011 issue of Pacific magazine. For more stories, visit pacificu.edu/magazine.