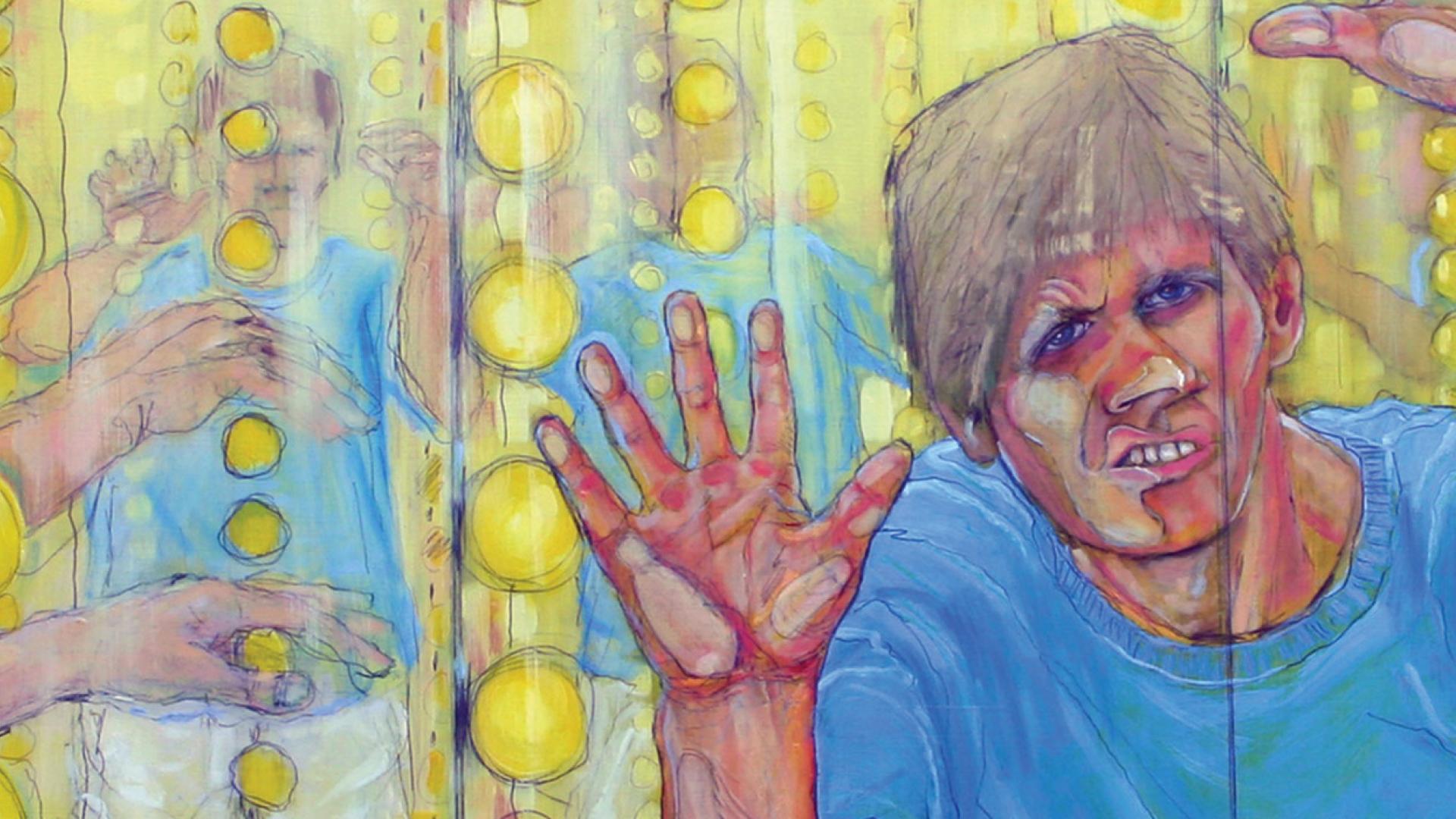 Doug Anderson always knew he wanted to create art. Sitting in his second-grade classroom watching a slideshow, he saw Hide and Seek, a painting by Russian surrealist Pavel Tchelitchew. This is his first memory of being impacted by art.

Pacific’s new art professor does not limit his creations to one style or method, but instead describes his art as “more concept driven.” Anderson draws, paints, sculpts and creates interactive pieces to represent his ideas. “The ideas are similar, but the mediums are different. It’s all about experiencing and observing the human condition.”

Anderson describes one of his recent works, Asphodel, as an interactive instillation piece. The piece represents part of the Greek underworld that houses neutral souls after death. It features 250 hanging strips of six-inch wide tape dusted with flour and charcoal. In the center, a basin of water symbolizes the river of unmindfulness. Developed from his interest in Greek mythology and from observing the aging of those around him, Anderson says the piece is “kind of about your lost hopes and dreams.”

Anderson is excited to be part of the Pacific community and, as a teacher, tries to “help students link their interests to their work.” He says this often results in one of his favorite aspects of teaching—“seeing students work hard and accomplish more than they expect to.” ■