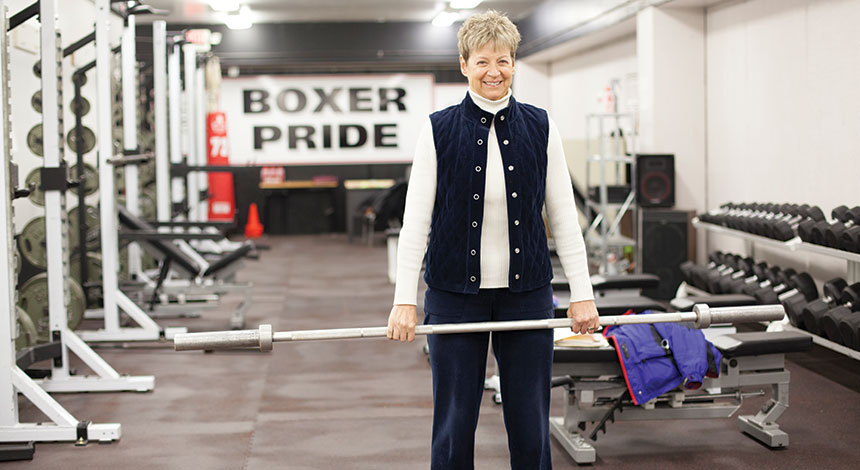 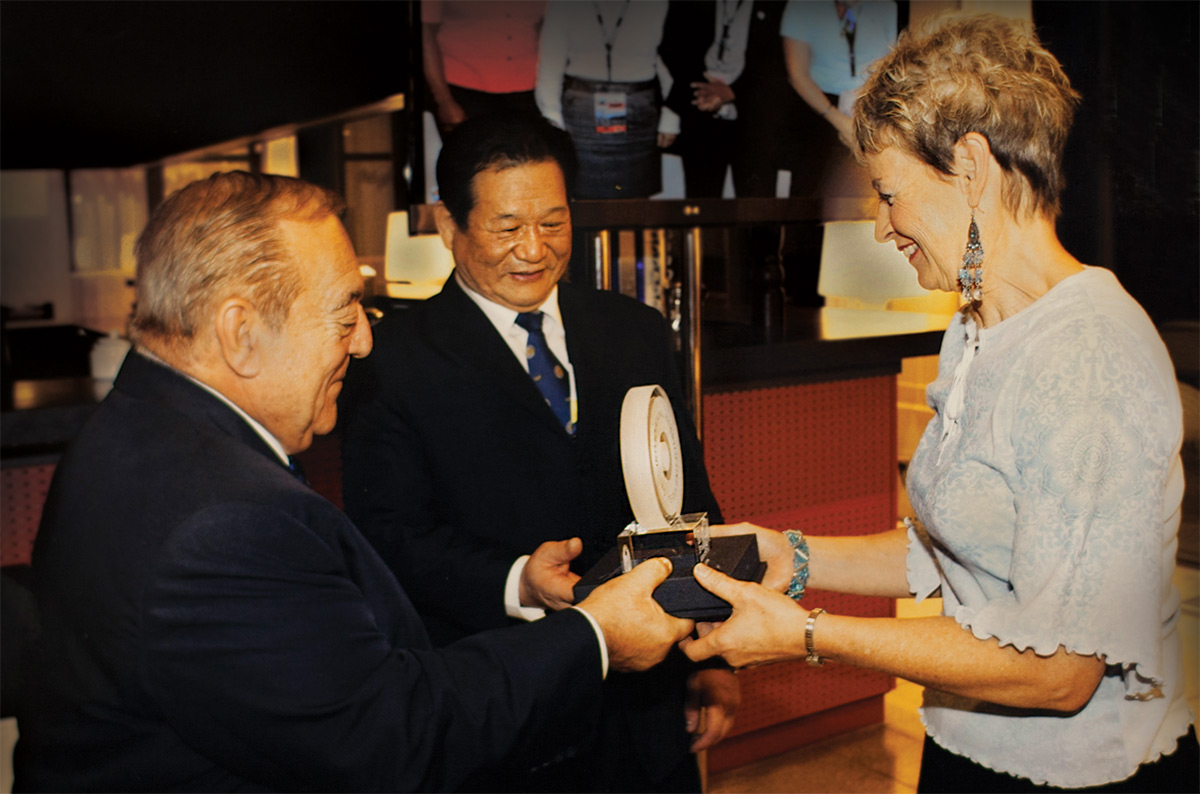 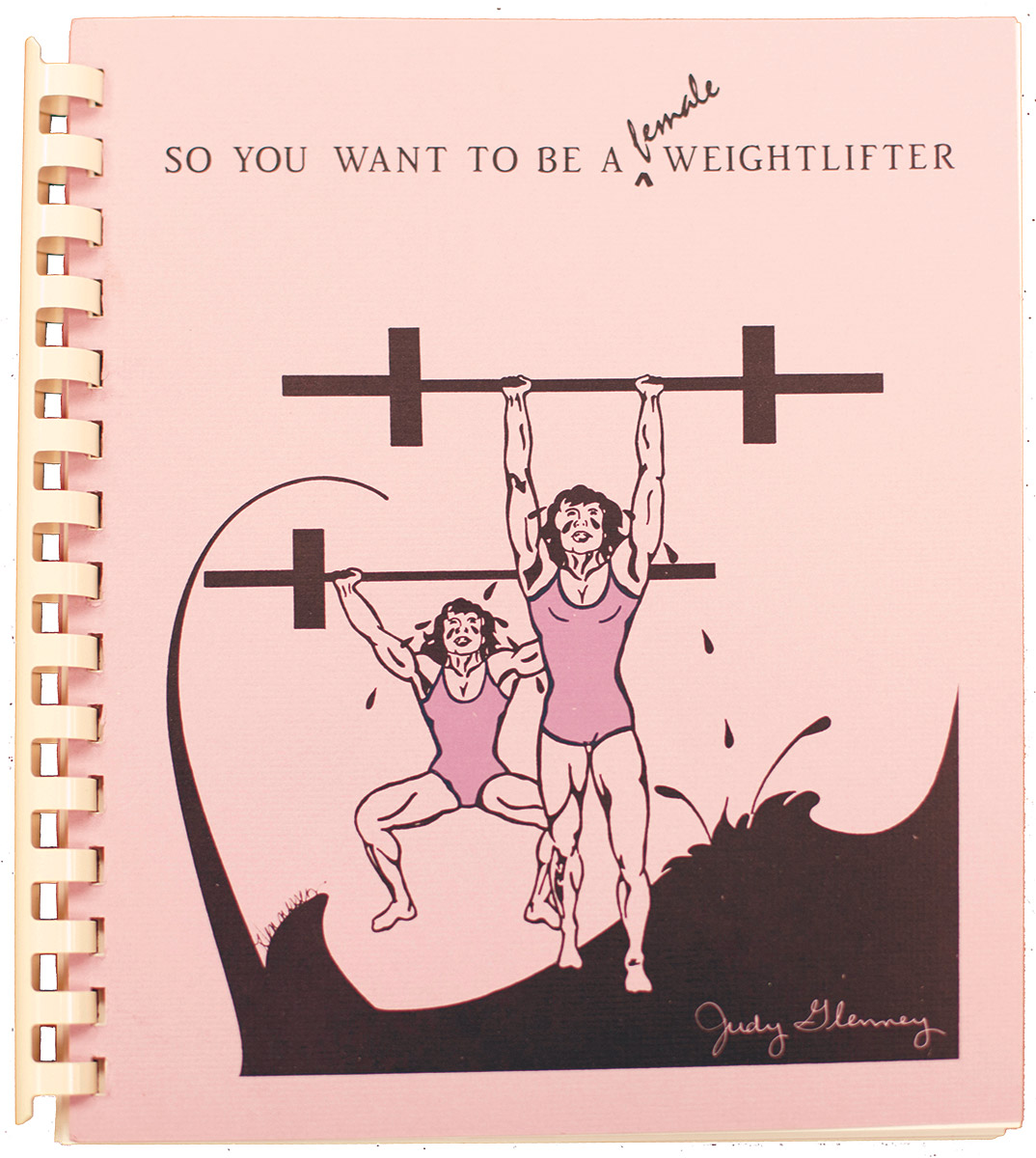 Judy (Zimmerman) Glenney '71 is a pioneer in women's weightlifting, moving the sport to the international arena and winning along the way.

She may look petite, but Judy (Zimmerman) Glenney ’71 packs a big punch in the world of women’s weightlifting.

Glenney is considered the trailblazer who pushed the sport to allow women to compete on the worldwide stage.

In October, the International Weightlifting Federation honored Glenney at the 2013 World Championships in Wroclaw, Poland, for her three-plus decades of promoting and competing in women’s wrestling.

Glenney was always passionate about athletics, but not necessarily weightlifting.

A physical education major, she came to Pacific University after growing up in Bend, Ore. She had looked at bigger schools, but, she said, “I knew I was going to get lost,” at larger universities.

A major factor in her decision was the opportunity to participate in several sports at Pacific.

“I wanted to compete in everything,” she said. “Basketball, volleyball, track and field. If I were going to have to go to a bigger university, I would have probably had to pick just one and focus on that.”

Glenney competed in as many sports as possible with now retired athletic director Judy Sherman serving “pretty much as a mentor.”

“She was just an amazing person,” Glenney said.

“She had everything I truly did admire in a person, a coach, a teacher. So encouraging … If I could be half the person she is, as a person and as a professional, I would be delighted. “She connected with us not just as athletes, but she connected with us as people, and I really admired that.”

While at Pacific, Glenney became involved in Campus Crusade for Christ. The summer between her junior and senior years, she went to California to work in the organization’s headquarters, which also ran the Athletes in Action program, a ministry in which teams travel the world competing.

Her duties included cleaning the weight room. So, a member of the weightlifting team, Gary Glenney (now her husband) showed her around.

“He asked, ‘Do you want to learn some things about weightlifting?’” Glenney said. “He introduced me to some weightlifting exercises, and I was enthralled. I was just hooked with the whole thing.”

The couple kept in touch and, after Glenney graduated in the spring of 1971, they married and started touring the country with his Athletes in Action team.

"I just took to it like a duck to water, and I just wanted more all the time."
– Judy Glenney '71

“During this time, wherever we would go, he would teach me more about the lifts, and I just took to it like a duck to water, and I just wanted more all the time,” she said.

In particular, she was drawn to the snatch and clean-and-jerk lifts.

Glenney began competing in men’s events because there were no competitions for women. Her husband suggested she start one. He introduced her to people in the U.S. Weightlifting Federation and, through the efforts of several people, the federation hosted the first national championship for women with 28 lifters in 1981. Glenney earned a gold that year, as well as the next three years. She also lifted a national record snatch in 1982.

But she also was focused on helping other women.

“I knew right then and there that there were definitely other women … who wanted this as much as anything,” Glenney said. “I expanded my horizons: If we can do this on a national level, why not on an international level?”

She served as the chairwoman of the USWF Women’s Committee from 1983 to 1989. In 1986 and 1987, she served as a coach and official for women in the Pannonia Cup Tournament in Budapest, Hungary. She became the first woman to referee an international competition at the first women’s weightlifting world championship in Daytona Beach, Fla., in 1987. She also served as a referee representing the United States at the 2000 Sydney Olympics, the first to include women’s weightlifting.

Glenney spent four years on the technical committee of the International Weightlifting Federation, an assignment she is especially proud of, because she felt her approach helped in getting the women’s sport accepted by men. She focused on making sure women followed the correct techniques and also ensuring the official uniforms were feminine but also served their purpose.

“That was one of the things I’m more pleased with,” she said. “The women have shown great technique; they have kept their femininity, but yet they’re strong competitors.”

Today, Glenney teaches physical education, mostly weight-training classes, at Clark College in Vancouver, Wash. She also is involved with Stonecroft Ministries, which is geared toward women, and her husband is pastor of the Portland Bible Church.

She has traveled to 17 countries with international women’s weightlifting, and her faith has been a cornerstone of that work, she said.

“I am so thankful that God allowed me to be at the right place, the right time to use my God-given abilities and talents,” she said. “I never dreamed in my wildest imagination that I would be an international competitor. God more than fulfilled that dream … and to be part of other women’s dreams, I think that’s what I am most satisfied with.” ■