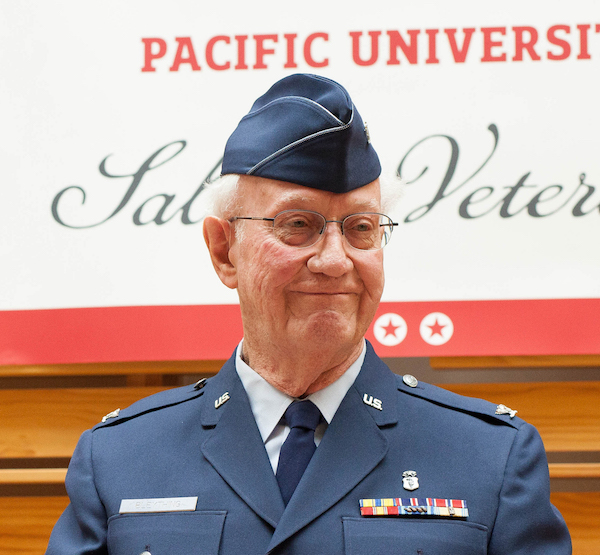 He served in the Air Force and Air Reserves, retiring as a colonel, and he also worked in private practice for many years before eventually returning to Pacific, where he became the dean of the College of Optometry. He helped overhaul the college’s clinical experiences for students and launched international partnerships that continue to thrive today.

In 2016, we sat down with Bleything to record some of his memories. Listen to his stories in his own voice.

This interview is featured as part of a celebration of 75 years of Optometry that was published in the Fall 2020 issue of Pacific magazine. For more stories, visit pacificu.edu/magazine.