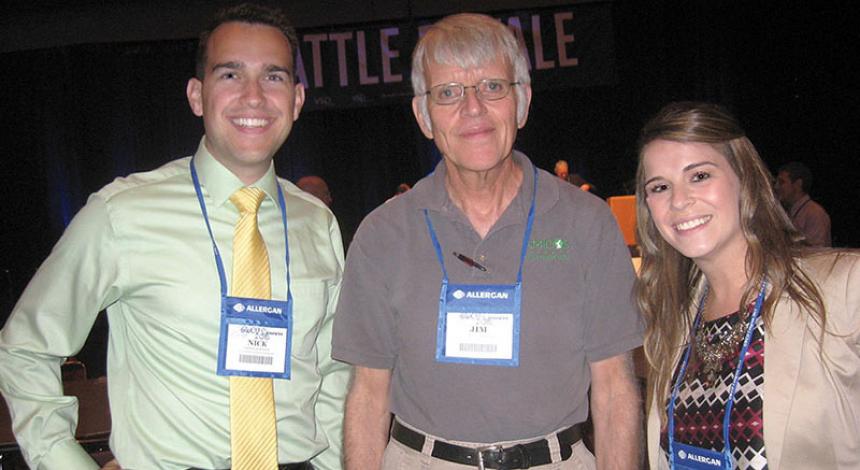 James Ogden ’72, OD ’73 was never much for the party scene — and his classmates knew it.

In his second year of optometry school at Pacific University, Ogden went to a party at a local brewery. He drank a tame two glasses of beer and left.

The next day, he was regaled with tales of his own supposed exploits, how he’d gotten “falling down drunk” and wound up in the hands of a SWAT team. His classmates teasingly gave him the antithetical nickname “Mad Dog.”

“It was sort of like calling the bald guy ‘Curly,’” Ogden said. “It stuck.”

Thirty years later, those same classmates put the affectionate misnomer to another use: a scholarship fund for future optometry students in Dr. Ogden’s name.