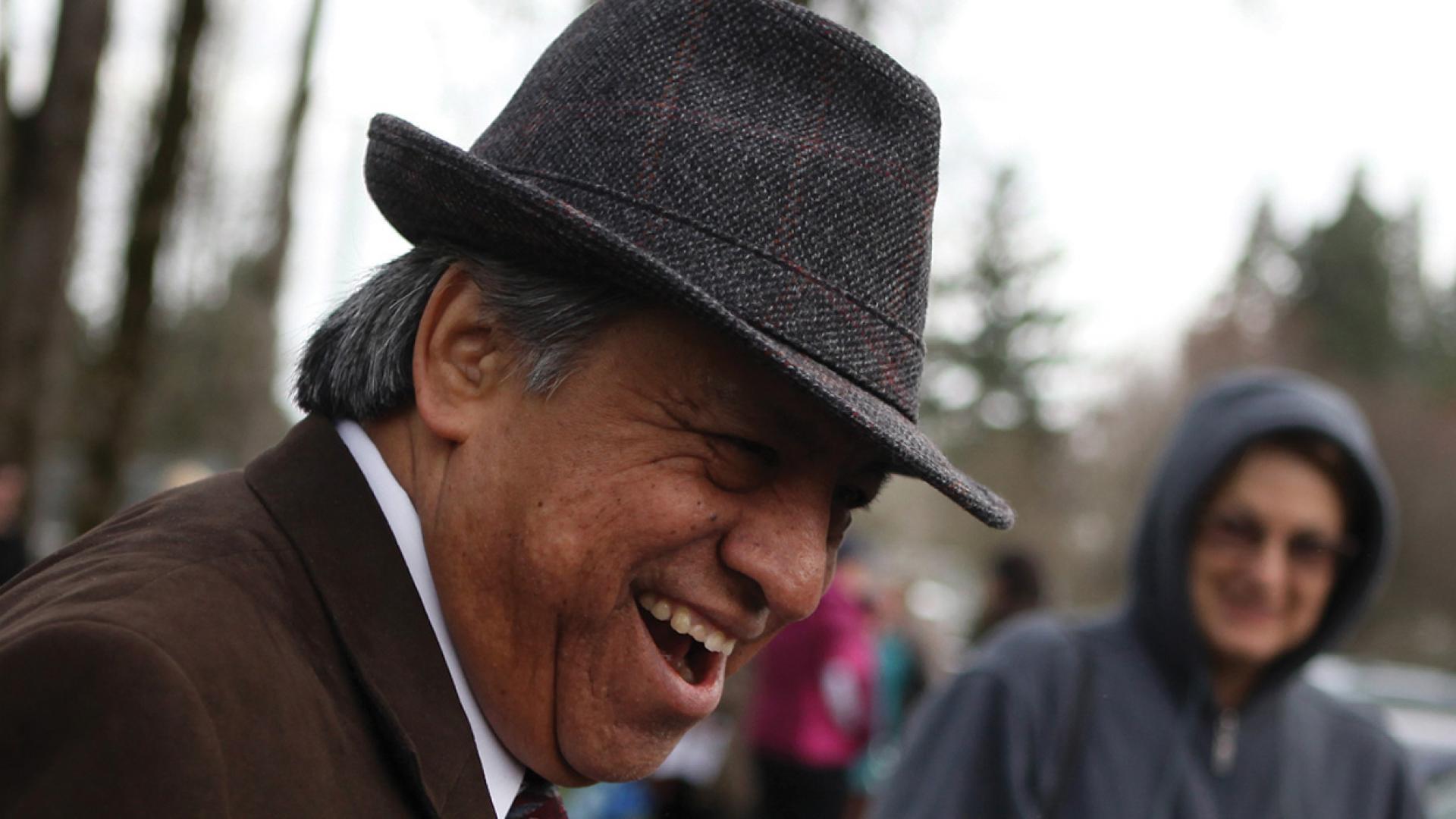 In Washington County,  Latinos comprise one-fifth of all residents. A population once consisting of migratory agricultural labor is rapidly transitioning to settled middle-class status. Talented entrepreneurs are changing the face of business, and creating new jobs and opportunities.

While the University’s response to these sweeping changes may seem muted, a closer look reveals that Latino faculty members, students, alumni and various partnerships and programs are having a profound and positive impact on the institution and the community
it serves.

Evidence may be seen in relationships with local nonprofits Adelante Mujeres, which partners with the Center for Gender Equity to teach literacy and a GED course to Latinas, and Centro Cultural, whose board is chaired by Assistant Professor of Education and Director of Community Partnerships, Alfonso Lopez-Vasquez. The Centro Cultural connection is longstanding, with students participating in internships, research and service programs.

Latino influence has shaped the expansion and scope of the Spanish curriculum, now the University’s largest language program, and faculty activities. Professor Victor Rodriguez, a native of Puerto Rico, works with the I Have A Dream Foundation, which provides scholarships for minority students of low income. In fact, a recipient, Jorge Mandujano ’13, now a junior at Pacific University, has played on its championship soccer team. Professors Nancy Christoph and Mariana Valenzuela also bring Latinas to campus for a popular Spanish-language literature course.

With increasing numbers of Latinos in Washington County, Pacific is stepping forward to fill the growing demand for a multicultural higher education option. A comprehensive Latino initiative is under consideration that would broaden and integrate the University’s commitment to ethnic, economic and diverse curriculum, enabling it to assume a leadership role in this area and in the global educational marketplace.

Enedelia Schofield ’81  |  In the early 1960s, many Mexican-Americans came to Oregon from South Texas, including the Hernandez family: Emilio, an Army veteran, wife Hortencia and four young daughters, one of which was Enedelia. Seeing great need in the underserved migrant population, they joined other families to establish Centro Cultural.

Influenced by a dentist with ties to Pacific University, Enedelia tried to enroll, unaware of entrance requirements. Her hopes for higher education might have ended had it not been for Professor Susan Cabello, who advocated for her, with the proviso that she get straight A’s.

After graduation, Enedelia earned a juris doctorate at Lewis & Clark Law School, but realized her calling was education. She landed a teaching job and earned a master’s in second language learning. As principal of Cornelius’ Echo Shaw Elementary, her efforts led it to being one of the highest-achieving schools in Oregon. She was honored as Principal of the Year and appointed to the President’s Advisory Commission on Educational Excellence for Hispanic Americans under George W. Bush. Coming full circle, she has been a member of the Pacific University Board of Trustees, the first Latina to serve.

Manuel Castañeda  |  Like many Oregonians of Mexican origin, Manuel Castañeda’s roots lie in rural West-Central Mexico. Arriving in the Northwest at 14, he “couldn’t speak a word of English.” After high school, he started a landscaping business, buying his first piece of equipment on credit, a lawnmower.

One customer, a retired businessman, impressed with Manuel’s determination and work ethic, began advising him. Under his mentorship, Manuel grew his business in spectacular fashion, adding equipment and employees and reinvesting profits. He then envisioned and developed a new business model that became PLI Systems, Inc., now a multimillion-dollar industry leader in soil retention engineering, seismic upgrades and consulting. This business serves a unique niche, providing construction resources in difficult and sometimes almost impossible areas.

Manuel is one of two Latinos serving on the Board of Trustees at Pacific. A former Hillsboro Chamber board member and co-founder of the Washington County Business Council, he also gives time to the Albina Opportunities Corporation and the Port of Portland’s Mentor Protégé program.

Romulo “Ruma” Perez ’78  |  Ruma Perez came to Pacific through the influence of his high school soccer coach who also coached at the University. Once admitted, he applied the same standards of effort and excellence he displayed as an athlete. “Pacific was like family,” he says, recalling close personal relationships with Professor Joe Story and others.

Graduating in 1978, Ruma earned an MBA at the University of Portland, subsequently working at U.S. Bank and as executive director of Centro Cultural. Later he founded and operated an industrial production and fulfillment business and worked for the Hillsboro Chamber. He remained active in mentoring young soccer players and founded Santos Futbol Club, a 30-team organization.

Sig Unander Jr. '87 served as president of Pacific's Alumni Board from 2005 to 2007. He holds a bachelor's degree in political science and has done graduate work in Latin American Studies. He has worked in journalism, government, public relations, and Spanish-language media. He can be reached at airart@aracnet.com