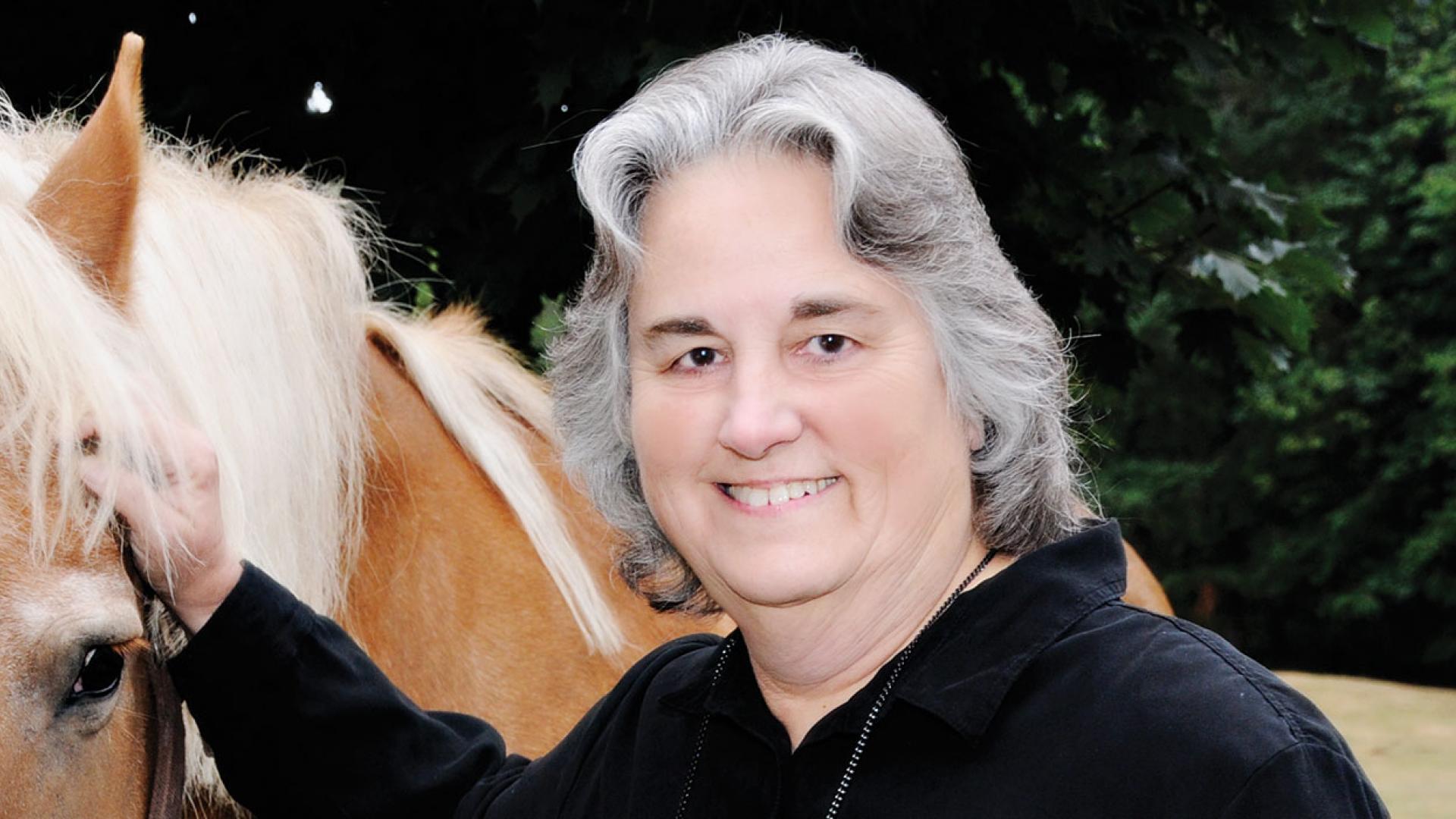 As you climb the winding gravel road that leads up a gap in the forested hills to Lesley Hallick’s farm, you hear them: to one side the lowing of a bull; off to another an answering bellow from another bull.

Not terribly unusual for a small farm which raises beef cattle, but on Hallick’s 20 acres near Scappoose, lots of other “voices” soon join the chorus. Pacific University’s new president, 63, is known as a steady leader, an accomplished fundraiser and a builder of partnerships. What is less well known is that she has a soft heart for animals, most all of them rescues of one sort of another. When she’s not attending meetings or events, she loves to unwind on the farm with her grandchildren and help tend the four retired horses, 30 or so chickens with an equal number of chicks, three Anatolian shepherd dogs to fend off the coyotes, various other rescued dogs and cats and a Mediterranean donkey named Elvis.

“Rescued,” in fact, is a frequent descriptor at the farm. Hallick moved to the property 14 years ago with one cat. “Now the creatures come here and don’t leave. Anything that has a heartbeat finds a home,” she says, shaking her head as if she doesn’t quite understand how it all happened.

Hallick admits she doesn’t have much time for the day-to-day operations of the farm, leaving that to her family.  “I pull a calf now and then,” she says, mostly because no one else wants to do it.

The animal interest shouldn’t be too much of a surprise. As a college student, she got interested in molecular biology because it was about the building blocks of life. Now after a career as researcher, professor and the last 20 years as provost and vice president of Oregon Health & Science University, she is embarking on a new assignment as Pacific’s 17th president. She says she intends to do a lot of listening, seek partners for new initiatives and build on what has been accomplished.

She’s not seeking any more animals. ■

This story first appeared in the Fall 2009 issue of Pacific magazine. For more stories, visit pacificu.edu/magazine.