Zach Binkerd '14, MAT '16 Aims to Help Boxer Wrestling Get Off the Mat

Wrestling is a sport that’s forever been overshadowed by higher-profile counterparts like football, soccer and basketball, and tarnished by its association with the flamboyantly theatrical “professional” version. But those familiar with intercollegiate wrestling know it to be about as pure an athletic pursuit as any, pitting one competitor against another in a contest of skill, quickness and strength. 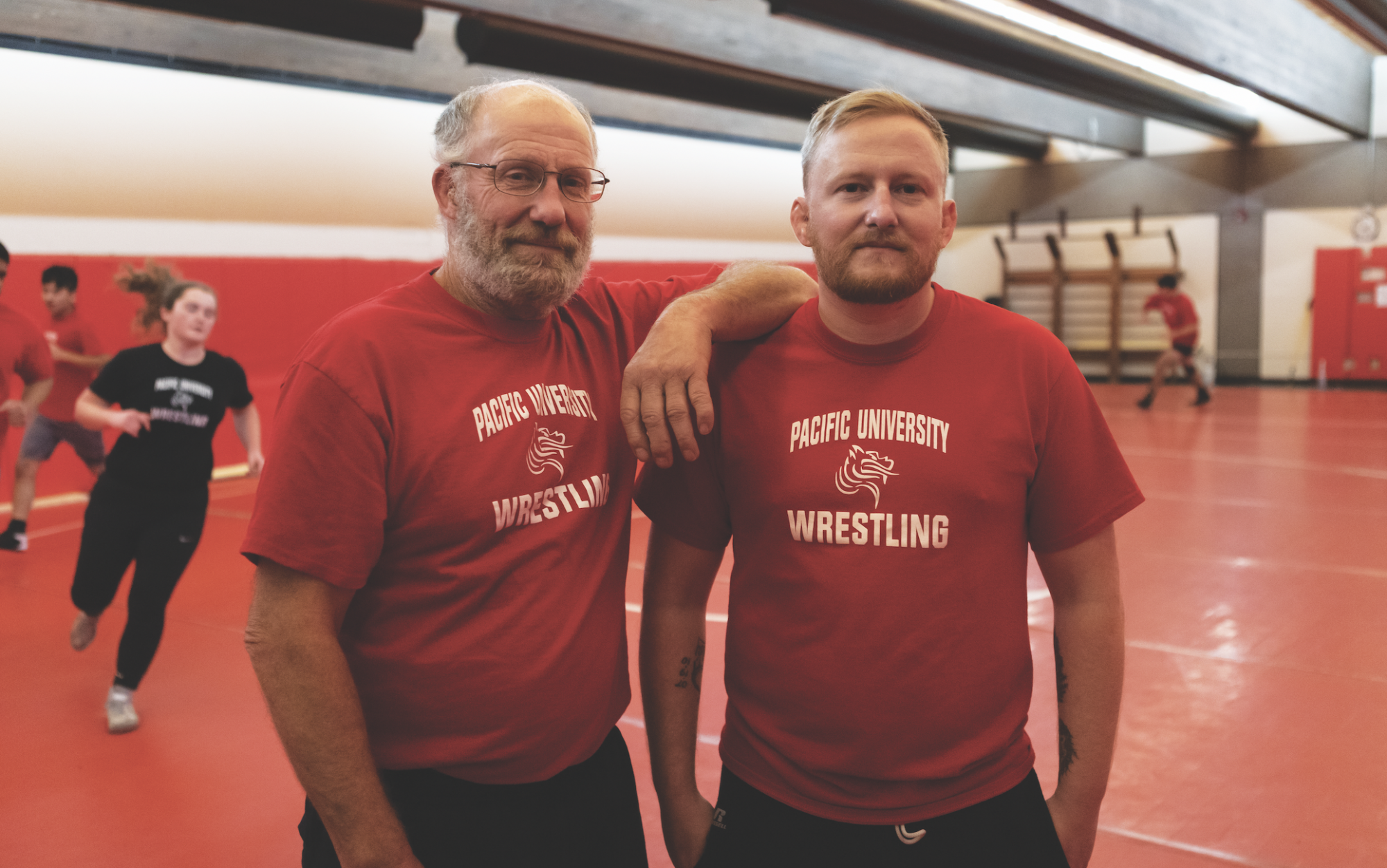 There was a time when Pacific was considered something of a wrestling powerhouse, sending All-Americans, one after another, out to the mats to represent the school. From 1972 to 2012, the Boxers had All-American wrestlers on the men’s team every year except two. Some years, as in 1993, it had All-Americans in six weight classes. In 1982, it even hosted the national championship meet.

Pacific is one of the rare universities with a women’s team, and it too, has enjoyed glory years, most notably in the early aughts, with multiple All-Americans almost every year from 2000 through 2012.

But the program since has fallen on hard times, becoming almost an afterthought even at Pacific, a Division III school that awards no athletic scholarships.

“I am so invested in the end goal, to better the program,” said the recently tabbed coach for Pacific’s men’s and women’s wrestling teams. “It’s about returning a sense of pride to the program.”

After the glory years of the men’s program, Pacific’s athletic teams switched classifications, from NAIA to NCAA Division III. Coaches rotated in and out. Fewer students came out for the team. The program was gasping for air, and wrestling alumni weren’t happy about it.

Among them were Zach Binkerd, who wrestled for Pacific in the 2010s, and his father, Kevin Binkerd ‘87, who was an All-American Boxer wrestler in 1982. That’s a big reason why the younger Binkerd added his father to the coaching staff for the 2021-2022 year.

Kevin Binkerd, who was part of the golden era for Pacific wrestling, remembers when the team routinely sent 10 wrestlers to the national championships. He’s assisted the coaching staff before, but he’s invested in helping Zach bring success back to the program.

One thing Zach brings to the program, his father said, is a deep-seated belief that a degree from Pacific is valuable. He said it helps Zach, who graduated from Pacific himself, to sell high school students on the value of enrolling in the university. He recruits them not just as wrestlers, but as future graduates of Pacific.

Kevin Binkerd thinks his son is a good fit as wrestling coach because he believes “a Pacific degree is worth something.”

Reasons for the declining popularity of wrestling since the turn of the century extended far beyond Pacific’s campuses. Nationally, Division III wrestling championships were canceled in 2020 and 2021 due to COVID-19. That accelerated a trend of schools dropping their wrestling programs, especially in the West.

The result is a DIII wrestling landscape that is heavily weighted to the Northeast and Midwest, and has one little pin west of Minnesota — in Forest Grove, Ore.

The lack of competition in Division III, which awards no athletic scholarships, meant Pacific had to prowl the region to wrestle programs in other classifications. It has wrestled against community colleges like Clackamas Community College, as well as scholarship-granting schools, like Southern Oregon University.

But that, too, is changing for the better. Linfield University in McMinnville, Ore., recently announced it would add a wrestling program, first as a club sport, then as a full Division III program. The move instantly provides a natural rivalry for Pacific, not only in intercollegiate matches, but for athletic recruits.

“Zach, the coach at Pacific, was the first person to call me when the word went out,” Nelson said in an email. “He’s super excited, and hoping we can now work together to help bring the sport to George Fox, PLU, Whitworth or others in our conference.”

“I should be upset about Linfield having a program. That’s an added layer of difficulty for me, somebody else trying to recruit the same kind of kids I want,” Zach Binkerd said. “But I’m not at all. I’m so happy with Linfield starting a program because that gives us someone like us to compete with.” 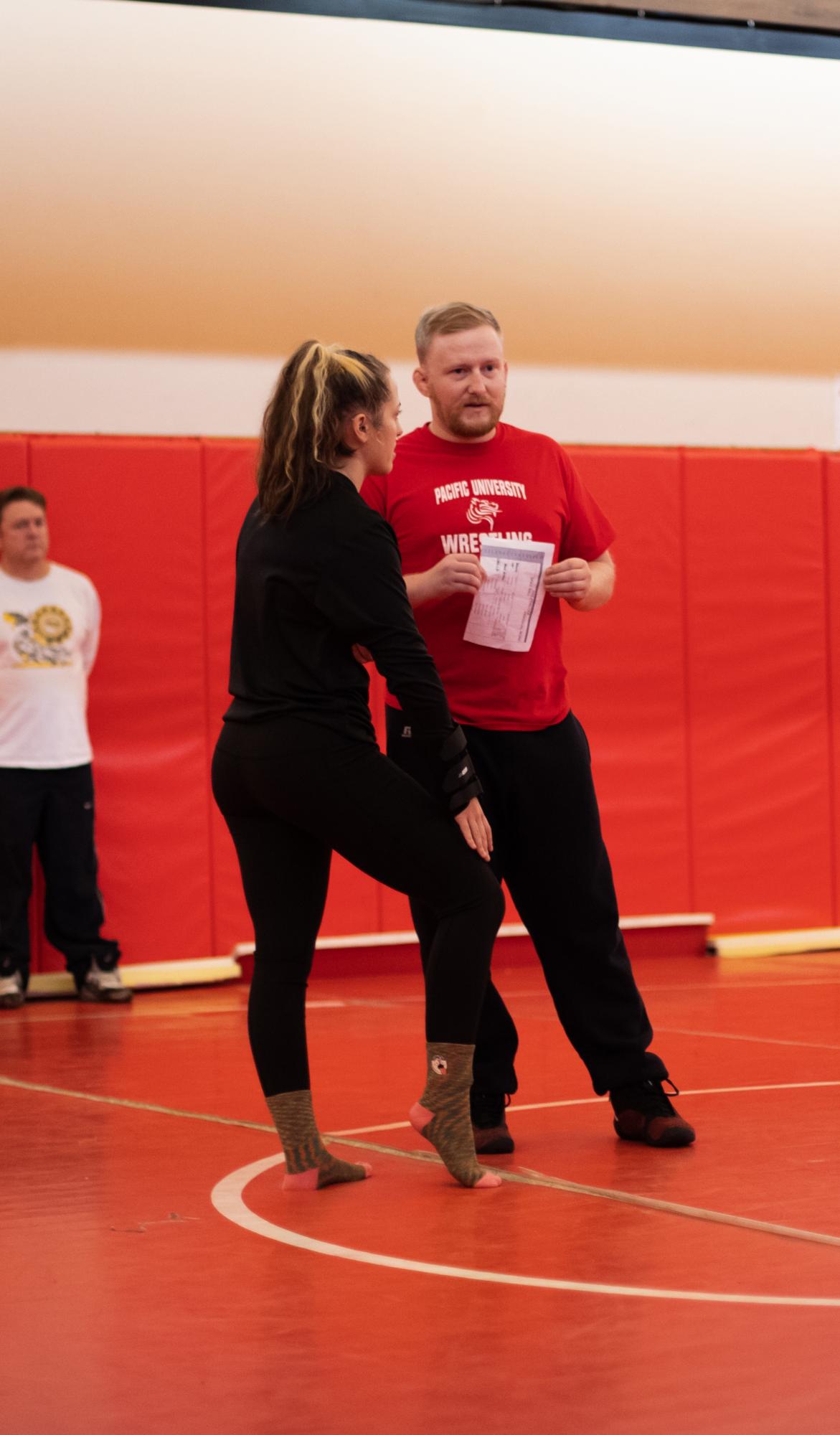 Kevin, who grew up in Hillsboro, had a full wrestling scholarship offer from Portland State, but was impressed as a high-schooler to get a postcard from South America from Pacific wrestling coach Mike Clock. Clock told him he could be a member of the Pacific team when it embarked on postseason wrestling tours like the one he was leading at the time. That swayed him to become a Boxer.

COVID-19 hit Pacific and the rest of the world in early 2020, just about the time when Pacific wrestling coach Severin Walsh was stepping down from the program. With the program — indeed, higher education — on hold or adapting to the pandemic, Zach Binkerd started coaching as a volunteer. Later, new Athletic Director Keith Buckley tabbed him as interim coach. And in August, Buckley named Binkerd full-time coach.

“I was over the moon with it,” Zach Binkerd said. While he pondered the decision, it became clear to him that he should accept it. “I didn’t want to live a life where I didn’t take this chance on myself.”

When the Binkerds sat for a Zoom interview last fall, Zach was on a recruiting trip to central Oregon, where he sought to persuade high school wrestlers to come to Pacific. He says his success as a coach will depend on quality recruiting.

“Getting 40 guys and 40 girls in a room and building a strong culture among those kids — that’s everything,” he said. “If we get that many kids and they all want to be there and they feel like they’re going to be part of something special, then it’s going to be special.”