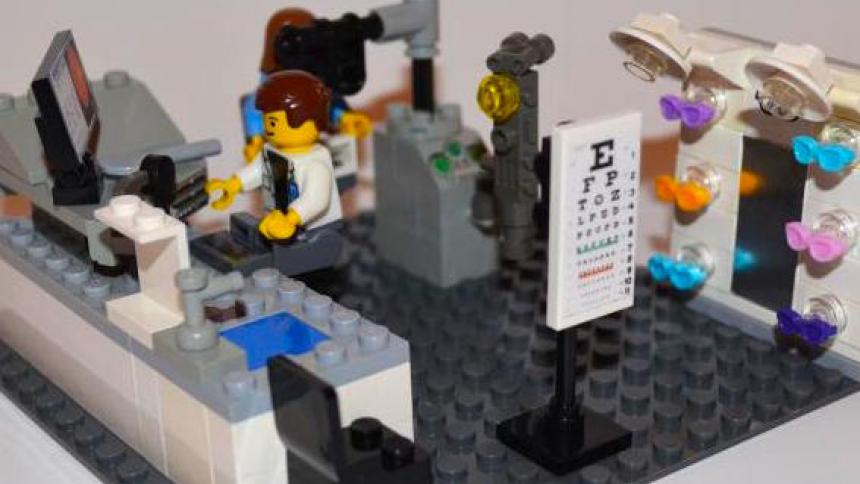 Trent Cluny OD ’09 admits he sometimes plays with his daughter’s LEGOs more than she does.

Last year, he set out to make a gag gift out of his daughter’s interlocking building blocks — a replica of an exam room at the Olympia Vision Clinic Office, where he provides primary eye care.

His small gift idea quickly turned into something much larger.

Cluny submitted his design for consideration as a possible new set for the LEGO company. He’s met the company’s guidelines and already has almost 1,300 of the 10,000 votes he needs to have LEGO fine-tune and produce the design.

Since the LEGO phenomenon began in the 1940s, the company has offered several sets for specific designs. There are ambulances, doctors, firefighters and police designs, but there are very few LEGOs involving specific health professions, such as optometry.

Cluny said he hopes the optometry office set will put children at ease when they go see the eye doctor.

“When you walk in, you see all the different machines and wonder which one is going to take your eyeball out,” he told Thurston Talk. “Once you get kids settled into the exam chair and talk to them about what you’re going to do, they relax more.”

To support Cluny’s Optometry Office design, vote on LEGO’s Ideas website or find out how to submit a design of your own.