In his first book of poetry, The Father’s Curse, Garrison King-Halsey III ’19 has published a collection of poems reflecting the current landscape of the dating world for young adults from the perspective of a young 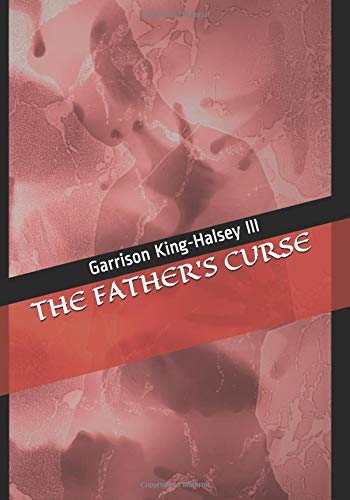 And just what does the young author know about the heartbreak of love? The back cover of the book speaks volumes:

“I wrote hundreds of poems describing how I wanted to be loved … I guess she couldn’t read.” Garrison King-Halsey III

Growing up in Galt, Calif., King-Halsey III attended a predominantly white K-8 charter school in nearby Stockton and didn’t learn much about social justice or feminism. What he did learn about, from his father and older brothers, was toxic masculinity — which affected his early relationships with women and a topic he addresses in the introduction to The Father’s Curse.

“Toxic masculinity captures the essence of the book especially as it relates to sexual relations,” King-Halsey III said. “We (men) view ourselves as more important the more sex we have, but it’s not true.”

“I learned in a popular culture class that we have this fixation with wanting everything quickly and it’s speeding up daily. The current dating landscape is the same where you have a wide range of access to people around the world and nearby instantly,” King-Halsey III said. “So the expectation is that love will also happen quickly. And because things are moving so quickly people aren’t working on themselves, to be in a state to give and receive love at the same time. They’d rather move on to the next person and hope they’re the solution to their problems, instead of working internally on themselves so they can give that love out.”

Since graduating in 2019, King-Halsey III has moved back to Galt to live his with my family, coached a middle school basketball team, and works as a sales associate at Champs Sports. Last summer, he joined the Black Lives Matter movement in Sacramento, attending protests ignited by the 2018 murder of Stephon Clark at the hands of police, who were not charged with the shooting. That experience led King-Halsey III to support other local protests in his hometown as well as Portland.

“It was an amazing experience to see Stephon Clark’s brother vocalizing what he and the family had gone through. Those protests were special to attend, feel and go through,” King-Halsey III said. “When I came to Portland, it was cool to see that the momentum never really died over the summer. If Portland knows how to do something, it’s protest. Also that photo that went viral of everyone on the Morrison bridge — it was great to see how big all their voices were in the world.”

King-Halsey III channels these experiences and his new found social consciousness into his art, whether poetry, painting or drawing — experiences that no doubt will be reflected in the next book of poetry that he’s currently working on.

“I was always impressed with the astuteness of his observations, especially regarding social issues and practices,” said Aaron Greer, anthropology professor. “It does not surprise me in the slightest that he is writing such reflexive, thoughtful poetry. That's how I knew Garrison to be — thoughtful, reflexive, and deeply concerned about who we are as social creatures.”