Jared Kawatani ’17 made his first gift to Pacific University on Boxer Giving Day during his senior year. And he has continued to give every single month since that first gift four years ago. 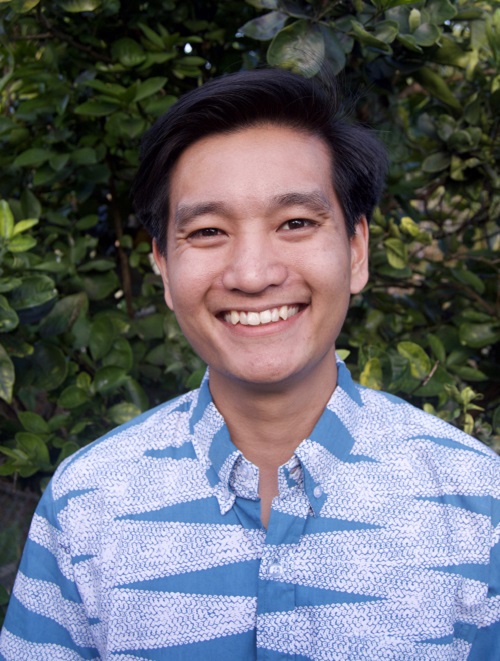 “I think it’s important for young alumni who want to see change in the university to think about directing a small recurring donation to a specific area that they would like to improve and positively impact,” Kawatani said.

Kawatani grew up in Kaneohe, Hawai‘i. He first heard about Pacific as a student at the University Laboratory School, a public charter high school, and applied to Pacific sight unseen because he liked the idea of attending a small liberal arts school.

At Pacific, Kawatani majored in environmental biology and completed a research internship on ecology under Stacey Halpern. He originally planned to pursue a career in research after graduating, but he found his true calling while taking a civic engagement course with the late Bevin McCarthy.

“It was about healthy communities, so we were talking about food insecurity, and that’s how my interest in starting a food pantry on campus got started,” Kawatani said. “I had taken a couple of nonprofit elective courses through my major, and it coupled with working in the Tom McCall Center for Civic Engagement on campus. I wanted to figure out a better way to get involved with the community and also how we can support people.”

Working with McCarthy, Kawatani established a food pantry during his senior year on the Forest Grove Campus, now known as the Boxer FoodShare. He received a grant from the Undergraduate Student Senate to assist with start-up costs and took over the space from a lapsed clothing exchange program. He hosted a food drive and partnered with another student who had started a program allowing students to share their meal credits.

From the start, Kawatani was concerned about the sustainability of the program. He didn’t want it to “fade away” after he graduated, like so many other projects started by students. He worked with students in a public health practicum to develop a plan for the practicum to take over management after he graduated. In recent years, the Boxer FoodShare has found a home with the Center for a Sustainable Society, where it continues to provide Pacific students, faculty and staff access to food.

After he graduated, Kawatani moved back home to Hawai‘i and found a job working for the Hawaii Foodbank.

“After starting the food pantry, and after figuring out that I wasn’t too interested in research, I was very interested in food insecurity and the topic of food in general,” he said. “I knew I wanted to work for a nonprofit, whether it be in the environmental sector or social services, and that’s why I got to the food bank.”

He credits Pacific with fostering all his various interests. “Because Pacific allows you to explore so many different things, that helped broaden my horizon and see more, and find out what I was interested in,” he said. 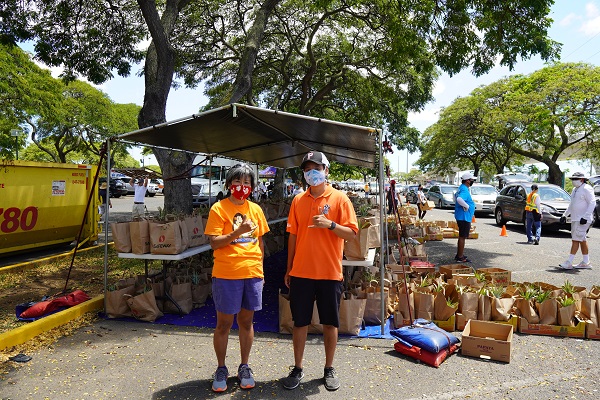 “What I really love to do is make sure that everyone gets treated equally, and that the most vulnerable people are being supported, because I think everyone deserves to have food,” he said. “Especially children and seniors, because seniors are on fixed incomes and children, they don’t always have control over the situation they’re born into.”

His favorite part of his job is being “on the front line and seeing the people you serve and being able to see impact, right there in front of you with the work you’re doing.”

He finds especially interesting the idea of how the collective giving of recurring donors can make an impact on an organization.

He has his monthly gift to Pacific taken out of his paycheck because, “since it slowly comes out, I don’t notice it that much.” Giving a small amount monthly, he argues, is a good way to give, because it’s much easier for people to cut a large annual gift out of their budget than to cut out a small monthly gift.

“I just really enjoyed my experience at Pacific,” Kawatani said, “just the community there, and I really love the faculty and staff.

“I wish I could give more, but right now, I think it’s what I can do. But eventually, I hope to give more if I can.”