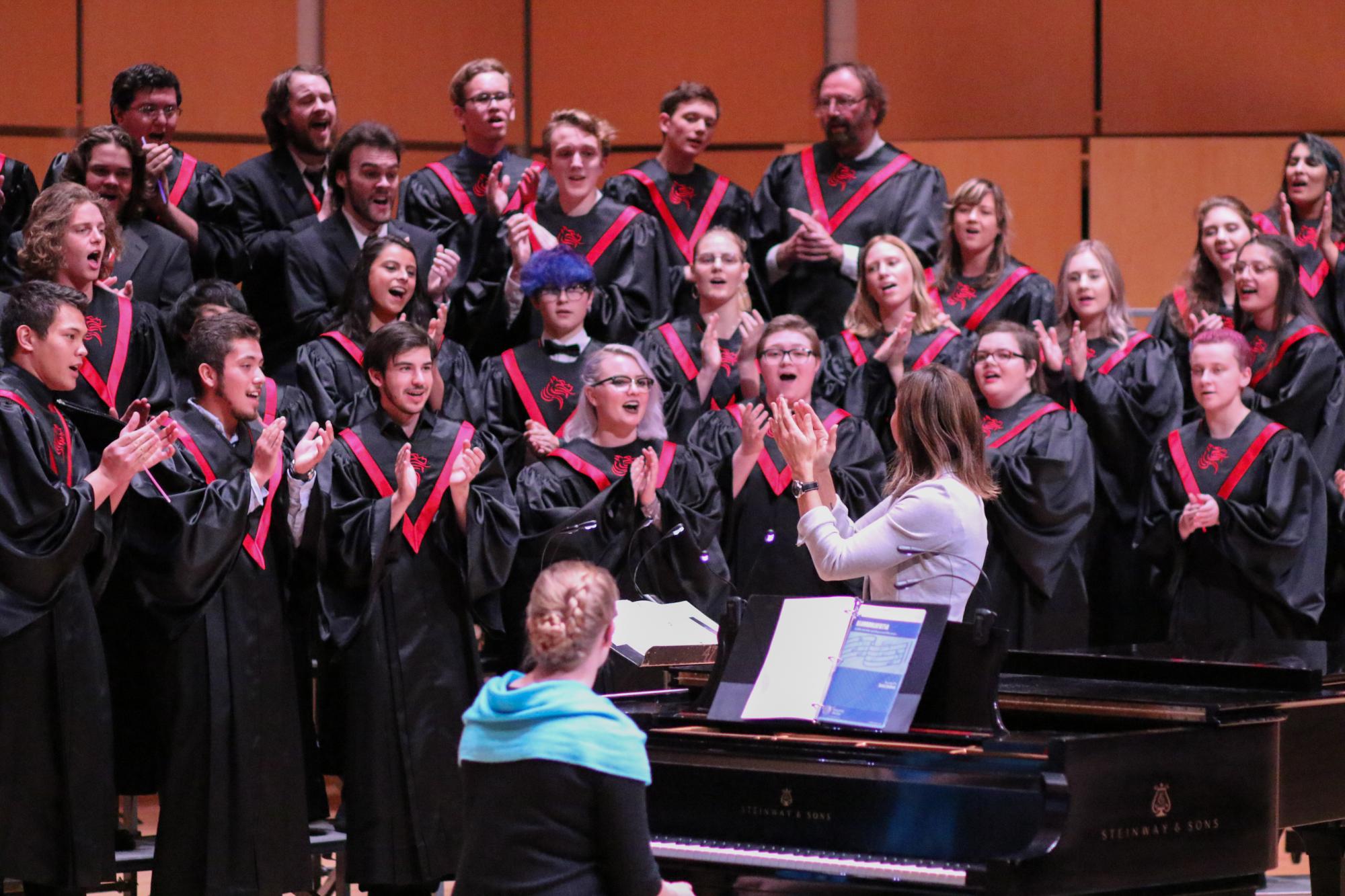 Longtime music educator and musician Bill James ’92 will be inducted into the Pacific University Music Hall of Fame on Friday, Oct. 12 during the Fall Choral Concert at the Taylor-Meade Performing Arts Center. 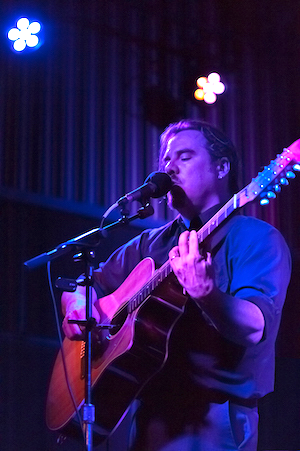 He’s "Mr. James" to students where he teaches music, but you may know him as the guitarist and vocalist for the band Sylvia’s Ghost, whose new album, “Epoch” is coming out this month.

“I’m really humbled by this,” James said by phone between music classes in the Beaverton School District.

He plays the piano, the oboe, the guitar and other instruments — “none of them well,” he says.

Besides Sylvia’s Ghost, James has played in Floating Pointe, Uncle-B & Auntie-E and J-Dog, Jesus Presley and Post Impression, the band he belonged to during his Pacific years. He was stage manager for McMenamin’s Crystal Ballroom and regularly plays the McMenamin’s circuit and other Northwest music venues. He also is on the music staff of Portland’s Trinity Episcopal Cathedral.

As a teacher, he encouraged students to play, forming after-school guitar clubs and other groups.

James was selected for induction by the Friends of Music, a group of music-loving alumni led by John Jensen.

The Hall of Fame induction will take place in the middle of the Fall Choral Concert, the Pacific University Music Department's first performance of the 2018-2019 season. The concert, featuring the Pacific University Concert Choir and Chamber Singers ensembles, begins at 7:30 p.m. Friday, Oct. 12 in McCready Hall of the Taylor-Meade Performing Arts Center at the Forest Grove Campus.

The Concert Choir will present uplifting choral music by Felix Mendelssohn, Peter Tchaikovsky, Daniel Elder, Jake Runestad and other outstanding composers. Under the new direction of Sam Barbara and Steve Peter, the Concert Choir will split for the first time to present works for men’s and women’s choir, in addition to music for mixed chorus. The new smaller choirs — one a soprano alto choir and the other a tenor bass choir — are yet unnamed, and guests at the concert will have the chance to suggest names, with the winner receiving a free pizza.

The Chamber Singers will perform a diverse set including a madrigal by Thomas Weelkes "Hark All Ye Lovely Saints" followed by a motet by Heinrich Schutz, "Die Himmel Erzahlen (the heavens are telling). Other works include selections from "Autumn Landscapes" by Estonian composer, Veljo Tormis, "The Peace of Wild Things" by Jake Runestad and "Unclouded Day" by Shawn Kirchner.

The Pacific University Concert Choir is comprised of about 80 university students, regardless of major, and designed to provide a large ensemble experience that features a diverse selection of choral literature from a variety of historical periods, styles and cultures.

The Pacific University Chamber Singers is comprised of 34 undergraduate students drawn from a diverse variety of disciplines across the Forest Grove Campus. The ensemble explores a wide variety of repertoire drawn from diverse choral traditions, including sacred and secular, ancient and modern, global and local. The group strives to perform music at the highest artistic levels, while engaging audiences through a variety of choral styles and techniques.

Admission is $7 for adults, $5 for senior citizens, and free for Pacific students, faculty and staff, as well as youth with a school-issued student ID.