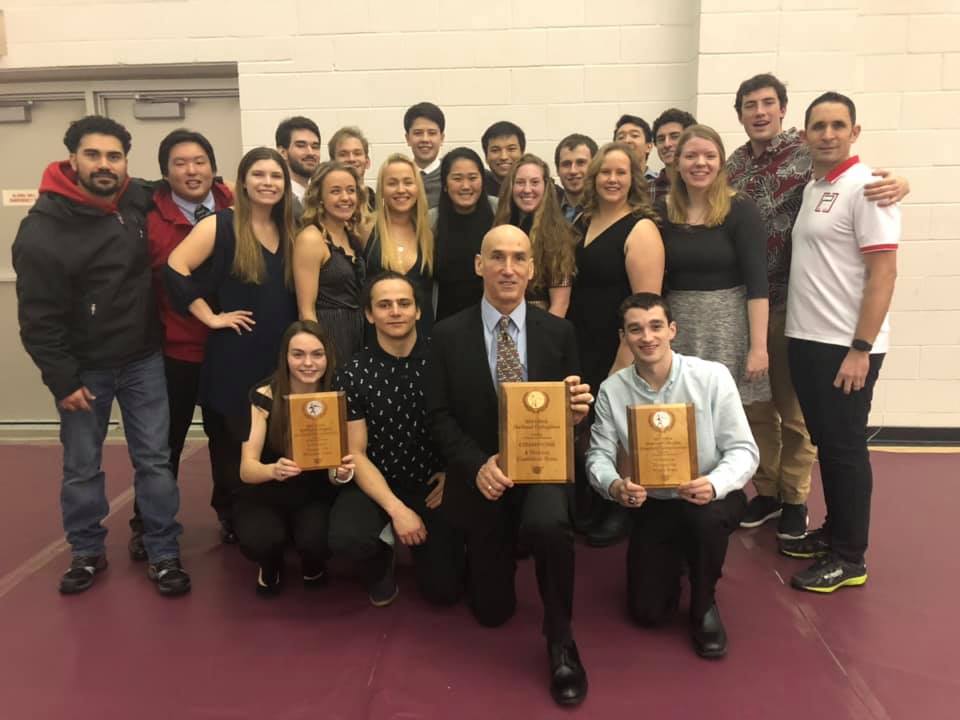 A club sport program at Pacific, Boxer Handball compiled a 37-23 overall record in capturing its fourth consecutive team national championship in the men's and women's Combined A Division. The Boxer men and women's teams each finished 2nd overall in the A Division.

Individually, the Boxers added four national championships to increase their all-time total to 36.

Other standout performances came from Hannah Ramsey '20, who made the women's B3 Division final, and Kunitomo, who advanced to the women's B1 semifinal.

DeBartolo also earned the Most Improved Player of the Year, jumping nearly 30 points to the A1 Division. She battled the tournament's No. 2 seed for more than two hours in front of a standing room crowd, according to fourth-year head coach David Steinberg, who was named College Coach of the Year by his peers.

Pacific's handball club sport program began in 1977 under Professor Emeritus Mike Steele. Since 1981, the Boxers have appeared in 39 consecutive collegiate national tournaments and captured numerous individual and team national championships. Participation is open to all interested Pacific students, and prior experience is not a prerequisite, as several Boxer handballers have captured national championships after learning the sport at Pacific.

For more information on the history of Boxer Handball, visit goboxers.com.