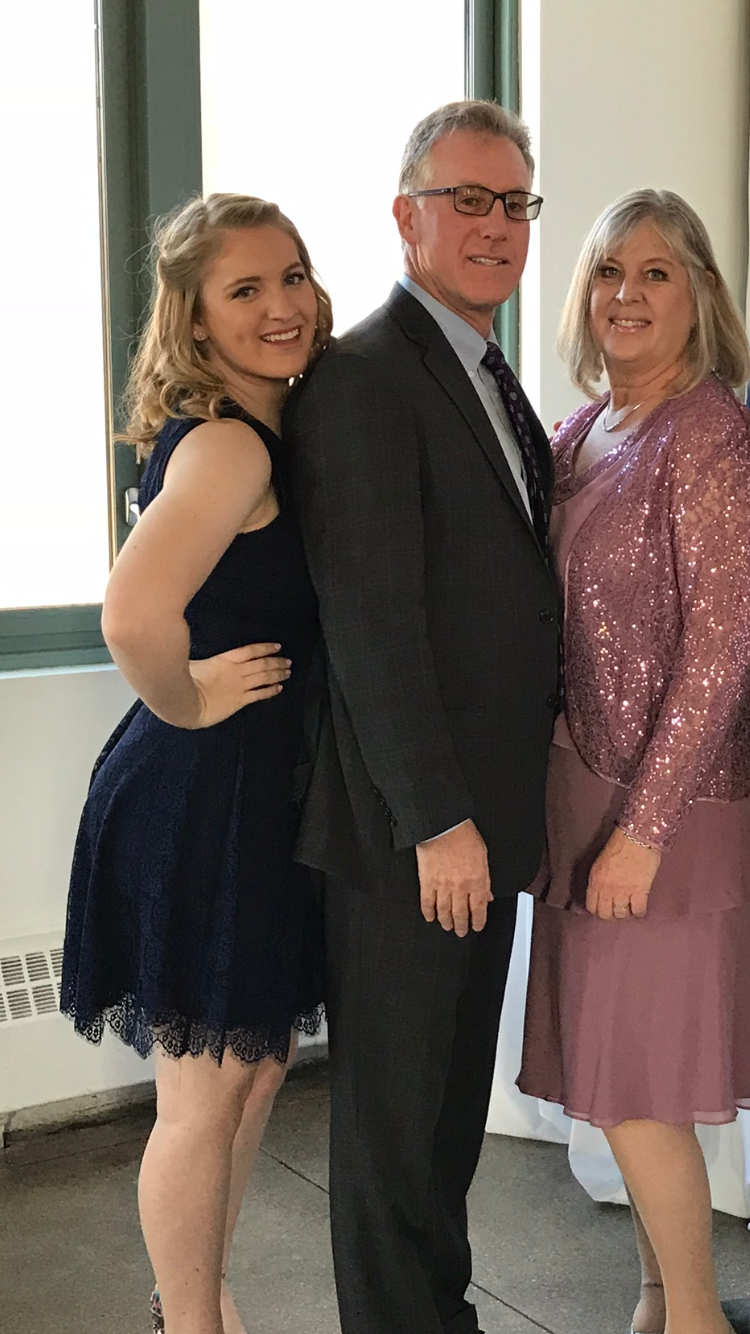 On a recent Sunday, 30 people gathered at the house of Jeff and Karen Goss, in Tarzana, Calif. None of the guests knew each other before they arrived, but they all had one thing in common: Pacific University.

The Goss family has hosted their annual California Boxer Social for four years. The event brings together incoming Pacific freshmen and their families, current students, alumni and Pacific admissions counselors. It is a way for the incoming students and families to meet other students, get advice from the current students, and begin to form friendships before classes begin.

The Goss family first became involved with Pacific when their daughter, Lauren Goss ’16, MEd ’18, was recruited to play on the university’s volleyball team. The small class sizes and attentive professors appealed to Lauren when she came for a tour, and it also helped that Pacific offered her chosen major of special education. “She drank the Kool-Aid,” Karen said.

Jeff and Karen started giving to the university as Lauren headed off to college and soon became more involved. When Lauren came home after her first semester, her parents were amazed at how she had blossomed. “She left shy and came back confident,” Jeff noted. "We were extremely grateful to the university, and wanted to support the place that had helped Lauren blossom.”

First, they established the Jeffrey and Karen Goss Family Endowed Fund to support programs and projects at the discretion of the Dean of the College of Education.

When they were approached by the university the following year to host an event for incoming students, they readily agreed. “What can we do to get Pacific’s name out there in Southern California?” asked Jeff. “We wished we had met other people prior to Lauren going to college,” explained Karen. "Although Lauren had met some of her volleyball teammates before school, she went without knowing anyone from southern California.” “It’s a scary thing to do, to move away and not know a soul at college,” said Jeff.

The first California Boxer Social was hosted by the Goss family in 2015, and Karen estimates that over the four years they have hosted the event, close to 50 incoming students and their families have attended.

“It’s really helpful to the parents and kids coming in and is clearly something we need to keep doing," Karen said. Jeff and Karen, along with an admissions counselor, are on hand at the event to answer any questions that the parents have, while current Pacific students and alumni share their experiences with incoming freshmen. “If even one kid can feel better, feel more comfortable showing up on campus, it’s worth it,” said Jeff.

When asked why they decided to get so involved in supporting Pacific, Karen replied that they know tuition doesn't cover everything and that fundraising is critical. "We feel an obligation to give if you believe in something," she said. ”And maybe one of the parents who attends our events will see this, and give as well.”

And will they continue to hold the California Boxer Social now that Lauren has graduated and moved on?

“Absolutely, as long as they need us!”