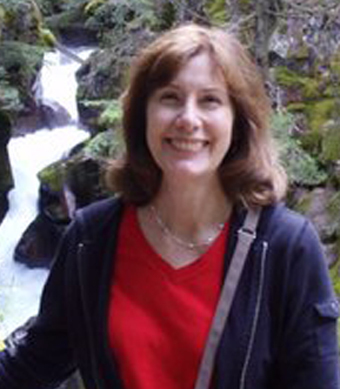 After more than 35 years as a teacher and principal, Mary Jo Simone retired in 2004, thinking “that I’d be going off into the sunset.”

Instead, some eight years later, she finds that her ride into the sunset is still a ways away.  Now an assistant professor at the Eugene Campus for Pacific’s College of Education, Simone is the coordinator for the college’s undergraduate program.

Her job is to work with students finishing their last two years of college in order to obtain their initial teaching license. Many are non-traditional students, ranging in age from 25 to 55.  The cohort groupings are small, anywhere from nine to 15 students, so the students “receive a lot of individual attention and form very close bonds with each other,” she said.

Hired by Pacific in 2008 after initially joining the Eugene staff as an adjunct professor, Simone tries to instill her philosophy of education — based on her own experiences in an inner-city school — to the would-be teachers.

“One of the things I try to instill in my students is to know your students, their struggles. Get to know them as individuals so you can foster that relationship,” she said.

The root of that philosophy harkens back to Simone’s own background in education. She grew up in Ohio and went to college at Kent State University, graduating in 1970, the same spring of the infamous Kent State shootings.

On May 4, 1970, Ohio National Guardsmen fired 67 rounds of ammunition over a period of 13 seconds into a crowd of students and others on the campus protesting the Vietnam War. Four were killed and nine others wounded.

“That was a real pivotal moment in my life,” Simone said. After the shootings and the national uproar, classes on campus were cancelled along with graduation ceremonies. Instead, professors held classes in their own homes, which allowed students and professors to get to know each other perhaps better than being in a college classroom. Graduation was held in August instead of June.

“It was a very healing time for everybody,” Simone said.

Like today, Simone noted, in 1970 few teaching jobs were available.

She eventually found a job at a Catholic school in inner-city Cleveland with very large classes of multi-ethnic students who often could not speak English well.

“I found out that year that it confirmed what I’ve always known about what I wanted to do,” she said. “I wanted to teach.”

Simone moved to Oregon in 1974, teaching in the Roseburg area until 1978. Then she taught and was an assistant principal at Laurel and Territorial elementary schools in Junction City until 1992. Simone then served as principal at Elmira Elementary School from 1992 to 2004. During her tenure, her school was recognized nationally as one of Redbook magazine’s “best of states” schools in the country.

Simone said state funding in the 1990s that promoted high-level professional training for staff was a factor in the school’s recognition.

Going back to teaching with older college students after working in elementary school has had its challenges, Simone said. For example, she said, many of the non-traditional students suffer from test anxiety so she makes sure to encourage them.

Besides her work at Pacific, Simone finds time for her own hobbies, including quilting. Making quilts, she said, offers a bit of everything one needs, including creative thinking, artistic design and a social life interacting with other quilters.

“I could not have found a better way to come full circle in my work as a teacher,” Simone said. “I feel very blessed. I could not be happier in this life.”