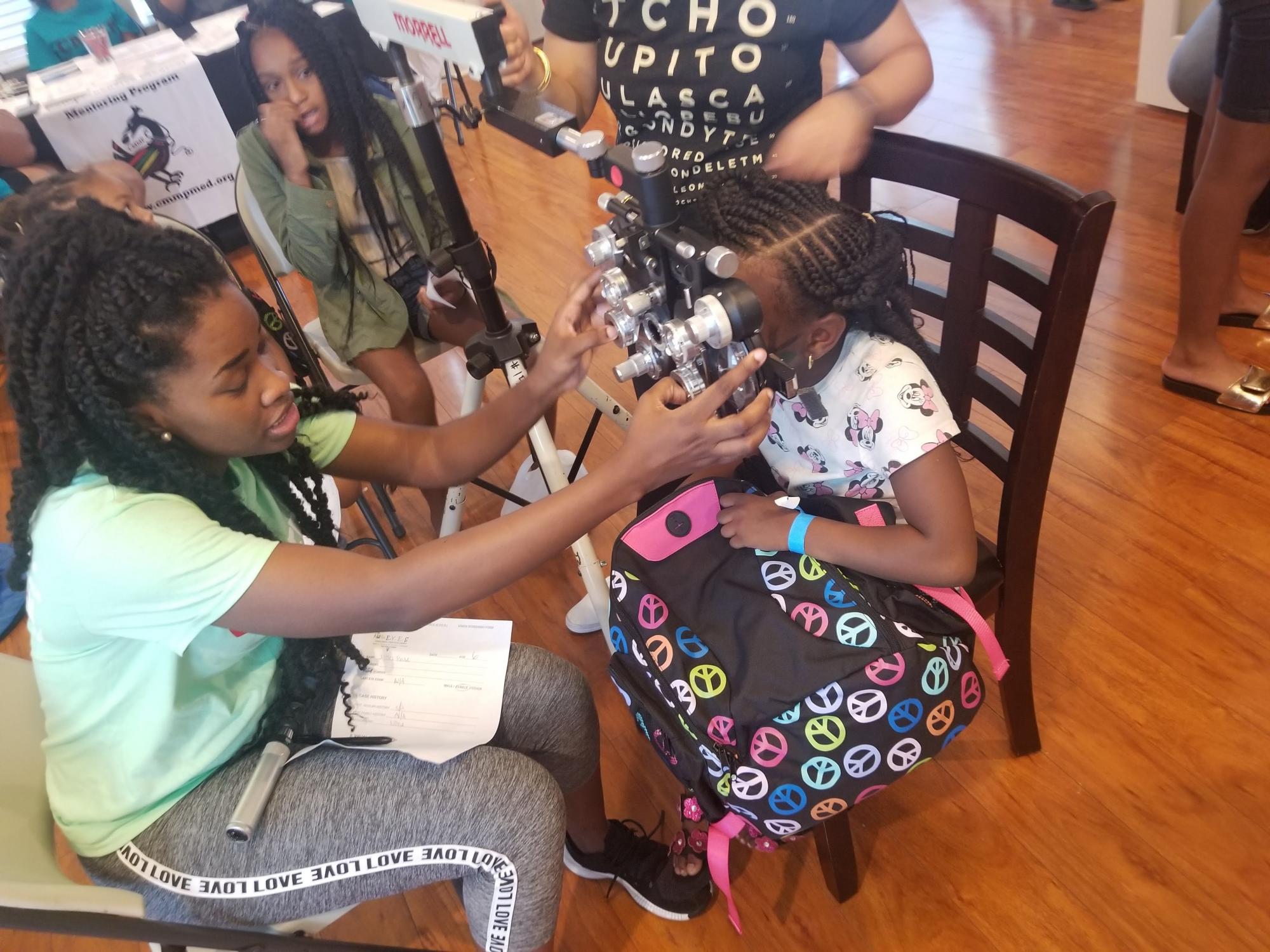 Nobody who knows Breanne McGhee OD ’16, MEd ’16, PhDEL '21 would be surprised by how she responded to a COVID-19 setback.

Because of the business closures mandated by the pandemic, she was temporarily furloughed from her job as an optometrist in her native New Orleans. So she volunteered at a food bank.

“I like to plan for rainy days. I’ll be OK,” she said in a phone interview. “Other families were not.”

McGhee is a born helper. And encourager. And hugger.

And the pandemic is cramping her style.

“I can’t really hug people,” she lamented. “I am definitely a hugger.”

For her leadership as an optometrist, a mentor and volunteer, McGhee was named the winner of the Pacific University Alumni Association’s 2020 Emerging Leader Award. When she got the news, she said, “it was a shock.”

Only to her. Faculty members in the College of Optometry smile at the mention of her name. “She was one of my favorite students,” said Scott Pike ’68, OD ’70 and until the just-concluded school year, a professor in the college. McGhee was nominated for the award by former Dean Jenny Coyle '90, OD '93, MS '00, who wrote, “She has shown graceful persistence, maturity and dedication not only to the profession of optometry, but the greater world around her that is unique and infectious.”

When the pandemic restrictions first were imposed in New Orleans, McGhee joined the volunteers helping to manage the crush of people wanting to be tested for the novel coronavirus. She would show up early at the testing sites, where 200 to 300 cars would line up for tests. Because initially tests were scarce, it fell to McGhee and others to screen the people waiting in their cars. Did they have symptoms? How bad are they? She had to turn a lot of people away. Yet the conversations with quarantined people were therapeutic “not just for me, but I think for them, too.” 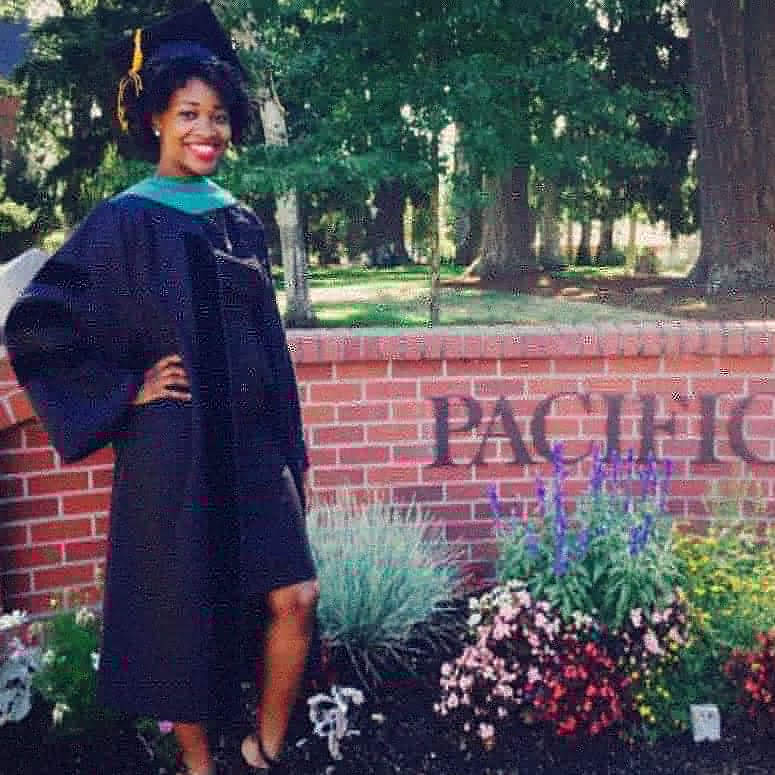 Since then, testing capacity has improved and the number of people being screened has declined. McGhee no longer is needed as a screening volunteer, but she’s ready for the next opportunity to lend a hand.

“I do what I can,” she said, citing the influence of her parents, family, friends and mentors who helped her become a successful doctor of optometry, and a successful person. She also says there’s something special about New Orleans, where people are naturally friendly and hospitable. “It’s in our DNA,” she said.

McGhee founded and operates a nonprofit called E.Y.E.S., which offers free comprehensive eye exams and eyeglasses to disadvantaged, underserved community members. Through the nonprofit, she welcomes local high school and undergraduate students who are interested in optometry to serve as volunteers while actively learning more about the profession she loves.

When Hurricane Katrina devastated New Orleans in 2005, McGhee was 15. She and her sister fled the city to be with their father and other relatives. Her mother, her grandmother and uncles stayed behind. For a month, McGhee didn’t speak with her mother; didn’t even know if she had survived. Their home was severely damaged. Before she return home, she was uprooted to Baton Rouge, where she finished school. She had fled the city without belongings, but encountered many kindnesses along the way.

“That’s something I learned from the hurricane: You’ve got to be strong and keep pushing yourself. I lost everything, but look where I am now,” she said in a 2015 interview. “Never give up on your dreams.”

But for McGhee, the road to kindness and volunteerism started much earlier — even before she was born.

“My parents instilled in me at an early age, you go so far in life by helping other people,” she said. “You get joy, literally, by helping somebody else.”

That’s given McGhee a sense of obligation that pushed her through her schooling, her professional practice and her life.

“I am the first college graduate in my family, and the first graduate doctor,” she said. “My grandmother was the daughter of two sharecroppers,” and the granddaughter of slaves, said McGhee. “She was a maid her whole life.”

“All I have to do is run the road,” McGhee said. “It’s like a relay race, passing the baton. I have the easy stretch.”

To sit back and be lazy, she said, “would be a slap in the face of my ancestors.”

McGhee said she expects to return to her job soon, although at reduced hours, at least initially. In the meantime, she continues the job of parenting four young children, volunteering and generally spreading good cheer.

“People who know me know I have this joy,” she said. “I am grateful for everybody in my life.”