It’s easy for Martha Cuevas-Ramos SLP ’17 to explain why she enjoys her work as a pediatric speech pathologist.

“Having a child come in, and we’re practicing sounds, to say ‘Mama,’ that’s really amazing for a mom,” she said. “It’s so rewarding, and we celebrate it. Little things like that that seem little to us but a big deal to the family.” 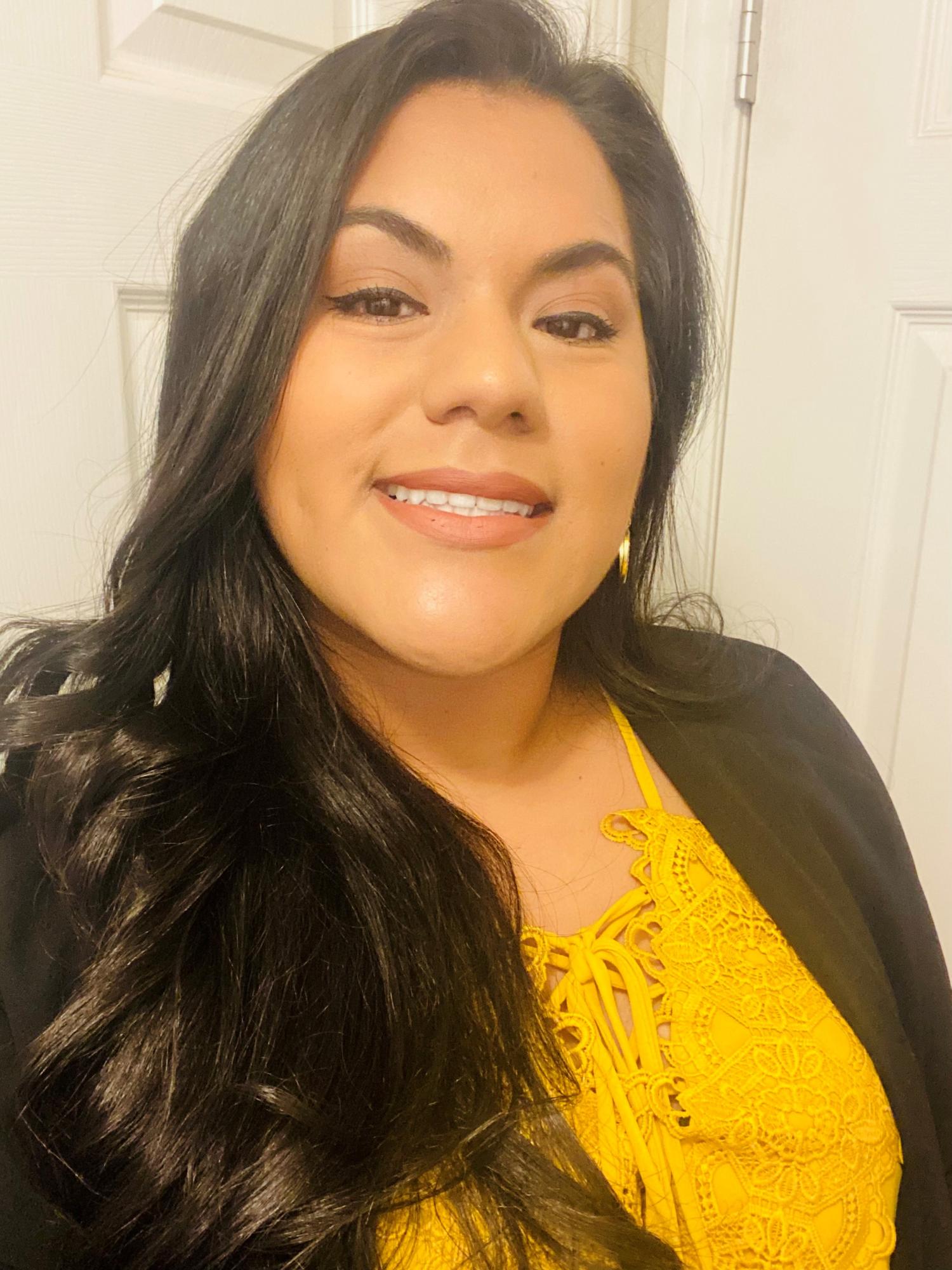 Cuevas-Ramos, who works for Yakima Valley Memorial Hospital in Yakima, Wash., will be honored with the Pacific University Alumni Association Emerging Leader Award at a ceremony in Forest Grove in September. She has been a leader in pediatric speech pathology in English and Spanish, and also is an active volunteer for foster children in the Yakima area.

When COVID-19 swamped Yakima Memorial, she was pressed into service as an assistant, then as an interpreter, often delivering unwelcome medical news to Spanish-speaking families. She also has been an Upward Bound counselor and served as an alumni interviewer of applicants for Pacific’s speech-language pathology program.

“She is one of the most talented speech pathologists in Washington State,” said her friend and classmate, Katie Pierson SLP ‘17, who nominated her for the award. “I have been constantly amazed at all she does. She has the heart of a servant for her community.”

Cuevas-Ramos would not be where she is if an Upward Bound volunteer hadn’t visited her house when she was a high school student to talk to her father about sending his daughter to college. A migrant worker who moved his family to Yakima from Tecoman, Colima, Mexico, when Cuevas-Ramos was 9 years old, her father hadn’t advanced past first grade and wasn’t acquainted with the American system of higher education.

He had moved the family to Yakima so his four daughters would get the education he never had, but when it came time to discuss college, and leaving home, he wasn’t persuaded it was the right thing for the family.

“I had to take one of the counselors to my home to talk to my dad about what college was so they could convince him,” Cuevas-Ramos said. “I needed all his information for FAFSA and to get those grants and scholarships.”

Her father listened to the Upward Bound counselor, who had her own college degree, explain how the American higher education system operated and how students benefited from having a degree. “That’s when he changed his view, and right there we started applying to colleges,” she said. She enrolled at Washington State University in Pullman.

Cuevas-Ramos had wanted to be a nurse, but when she was a college sophomore, she went on a Christian mission trip to Texas. One of those on the trip was an approximately 8-year-old boy with Down syndrome, the son of a fellow mission member. He had difficulty expressing himself.

“I noticed they would get so happy every time he would say something correctly,” she said. “And I said, ‘Oh, that’s really interesting.’

“They said it was because they were working with a speech-language pathologist, and every time he would say something correctly or something new, it was a big accomplishment.”

That how she learned what speech-language pathologists did, and it intrigued her.

When she returned to Pullman, Cuevas-Ramos consulted a university counselor. Would it be possible to switch to the speech and hearing program? It turned out it would. The courses she had been taking in preparation for becoming a nurse mapped nicely to speech-language pathology. She had an interview with the university’s program coordinator and was accepted, so she spent her last two undergraduate years in Spokane, where Washington State had its speech and hearing program.

For Cuevas-Ramos and her family, the American college experience occurred in uncharted territory. She had adjusted from Colima to the state of Washington, from high school to college, and had begun to contemplate a professional career. At times, she said, she felt lost, learning the system, conscious of her parents’ expectations, finding her way where no family member had gone before.

As she looked beyond her time at Washington State, she applied to three graduate schools and was waitlisted at two of them. The third was Pacific, which offered her a place in the class of 2017. She said yes.

Coming to Forest Grove to earn her master’s degree was her first experience living so far from her family, and it was hard at times. But she said it was enriching for the skills she gained as a speech pathologist and for the support she got from her professors.

“At Pacific, the professors really support us, not just with our schoolwork, but with our emotional health. I was really thankful that we had a counseling class,” she said.

“Being in a medical profession, you listen to people who are going through really hard things. We have to give families a new diagnosis, or they just found out their child has autism or some other disorder,” she said. “So that counseling class helped us learn how to listen, how to validate, what words to use when we’re in those situations.” And because Pacific speech-language pathology students practiced those skills on one another, they had the ability to apply their learnings to their own emotional health in a highly personal way, she said.

Cuevas-Ramos is a naturally warm person practicing in a very broad field — as a speech-language pathologist, she may work with babies who are struggling to develop speech, or with 90-year-olds with cognitive impairments. Each day, she does much more than practicing how to articulate words. And the field is a natural fit for her.

“Martha is smart, intuitive, kind, and a natural clinician,” Melissa Fryer, Pacific’s speech-language pathology program supervisor and clinical assistant professor, said in an email. “She has a quiet leadership quality that makes her approachable and her interactions genuine …. I am so excited for her future. Amazing things lie ahead for Martha.”

When she still was a Pacific student, Cuevas-Ramos took her externship back home in Yakima, at Yakima Valley Memorial. As her three-month stint was ending, the hospital officials made an offer: Would she come to work full time at Yakima Memorial?

She smiled broadly at the memory, as if she couldn’t believe her luck. “I already had a job set up before I graduated from Pacific.” And it was in Yakima, where her family lives.

It was a dream outcome for Cuevas-Ramos and for her family. She is married now with a 3-year-old son at home, and her parents are close by. Dad understands higher education now, and Cuevas-Ramos expects him and his mother to come to Forest Grove to see her accept her Emerging Leader award.