For Freshman Jess Beck '23, College is a Challenging Ride 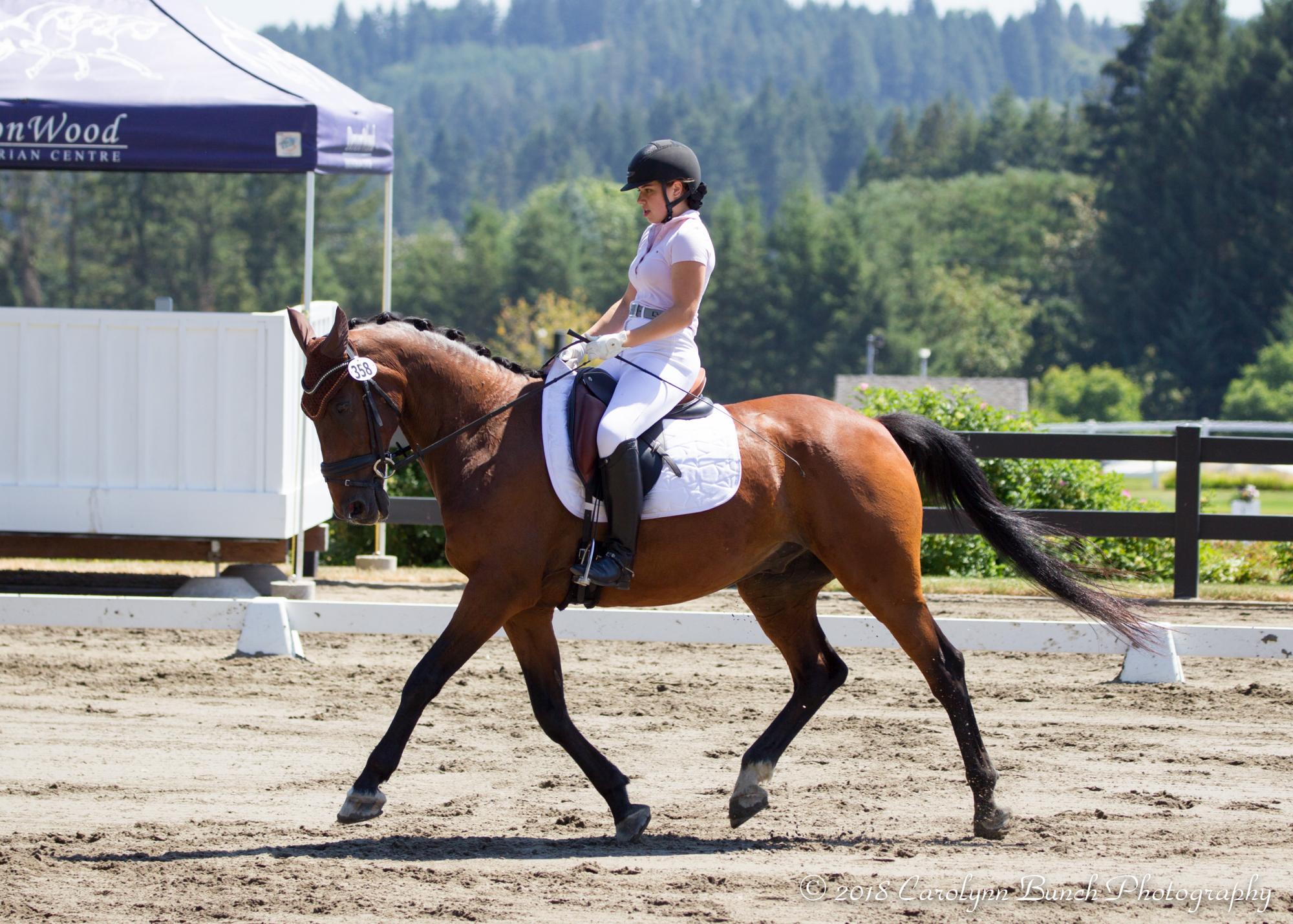 Pacific University freshman Jessica Beck ’23 is making it work, but it’s no gambol in the paddock.

The likely business major — technically, she’s still undecided — has a schedule like few, if any, others on the Forest Grove Campus.

Her Thursdays, for example, begin when she wakes up at 5 a.m. Then she drives for an hour to a horse barn in West Linn, where she feeds and cares for three horses. Then she rides, usually three or four horses for a minimum of 30 minutes each, then makes the return drive to Forest Grove. She arrives on campus about 12:30 p.m. and her first class is at 1 p.m.

Her Tuesdays are much the same, but classes are first and horse riding extends into the night. On those nights, she gets back to campus after 10 p.m.

To enter college as a freshman is to adjust to a range of new routines, responsibilities and expectations. But to do so while keeping a championship program as a dressage rider is something else entirely.

Beck has ridden in the Junior Olympics in Saugerties, N.Y., and competed in multiple other competitions. She was Oregon State Champion at Levels 1 and 2 last year, and this year, she repeated the performances, adding a championship ribbon for Level 1 freestyle. Her calendar is full of various competitions, including those requiring out-of-state travel. With horses.

Dressage is a rarefied form of equestrian competition, less common on the West Coast than Western style riding. It involves white pants, stock ties, show jackets and an understanding between horse and rider.

“It’s very personal,” Beck said. “Horses don’t choose to do it. The difference between a great rider and an amazing rider is that you make the horse want to do it.”

Dressage isn’t a widely embraced or well-understood pursuit, so Beck has to explain, over and over, why she needs to miss classes for competition or training. She has to carve her individual exceptions from class routines while other Pacific athletes follow their own, more familiar cycles of competition. She needs to explain the requirements of the sport to professors in the way that, say, a basketball player doesn’t have to.

She was delighted by the agreement she reached with one “super understanding” Pacific professor who told her he would value her dressage riding like any other school sport.

It’s a big undertaking, competing at a high level as a dressage rider while launching a college career, but for Beck, so far, so good.

“I think I really ended up at the right place,” said Beck, who long imagined herself attending school out of state, but toured Pacific and decided it would be a good fit for her, keeping her within reach of her horses and trainer in West Linn.

The frequent drives to the barn are a struggle, she acknowledged, but Pacific classes like Essential Human Knowledge and First Year Seminar have opened her eyes to an array of opportunities she hadn’t previously considered.