Holistic Admissions Is Changing the Future of Speech-Language Pathology 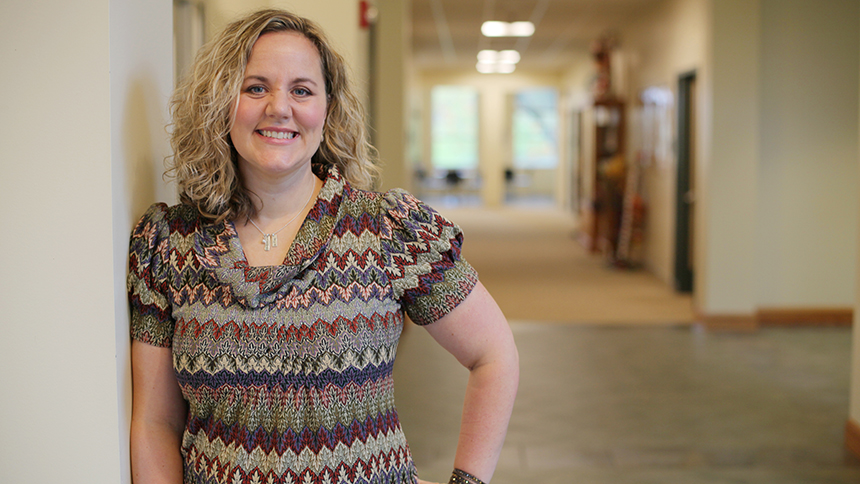 The speech-language pathology profession is one of the least diverse in the country — a fact that the Pacific University School of Communication Sciences & Disorders is trying to change.

About 96% of all speech-language pathologists identify as female, while 92% are white. It’s the fourth-whitest profession, right between mining machine operators and millwrights.

“We have really stark disparities compared to the general population, but we work with diverse populations,” said Pacific University Professor Kerry Mandulak, an SLP faculty member in the university’s School of Communication Sciences and Disorders. “It’s not matching the people we serve. And we’re talking about communication, about personal connections, things that are really culturally based.”

The problem, Mandulak says, isn’t a lack of interest in the field. Rather, it’s about barriers that prevent people from diverse backgrounds from accessing the field.

“The pool is more diverse than what’s represented in the workforce,” she said.

In February, Mandulak published a paper in the American Speech-Language-Hearing Association’s publication Perspectives exploring holistic admissions. It’s the first in a series of articles that she proposed to the association on the topic, and she will author at least one of the coming pieces as well.

Holistic admissions is an approach Pacific’s master’s of speech-language pathology program has taken since its inception in 2012 and continues to refine, based largely on Mandulak’s scholarly work on the subject.

The approach — which was pioneered by the medical field and has extended into nursing, pharmacy and dental fields — focuses on identifying the values of an academic program, as well as the attributes that the institution wants to see in students, then matching those values throughout the admissions process.

“It’s all about experience, attributes and metrics,” she said. “Yes, we’re considering GPA and standardized tests. But what are the attributes you’re bringing forward the predict success in the field or success in our program?”

Pacific’s SLP program values community, advocacy, diversity of lived experiences, equity, compassion and critical inquiry. “So on the application, we’re looking for students who have evidence of those values. Students who are focused on community engagement are really successful in our program,” Mandulak said. “We look at all of those things at the same time. It’s a balanced consideration, instead of doing things that cut it off at the beginning.”

Pacific also focuses on making sure that students have opportunities to live those values throughout their educational journey, such as through the school’s gender spectrum communication program. “Students who hold that value of serving underserved communities have the opportunity here, because we have that program.”

The results have been stark. The students who will earn their master’s in speech-language pathology at Pacific this spring are a minority-majority cohort, with 60% identifying as students of color or from multiracial backgrounds. But, it’s not just about racial or ethnic diversity, she said.

“In that same cohort, 10 out of 35 are first-generation college students, and 16 of 35 have some self-reported identification as a lower (socioeconomic status),” she said.

That matters, because those students learn not only from faculty but also from each other’s experiences — and they take their broadened perspectives and more complex cultural understandings into their healthcare practice to serve patients.

The School of Communication Sciences & Disorders has partnered with other units at Pacific, including audiology, occupational therapy, pharmacy and the PhD in education & learning, to align holistic admissions practices throughout the College of Health Professions and College of Education.

“We’ve always implemented some aspects of holistic review since the program started, but since I’ve been able to learn about it and study it, we’ve dialed it in even more,” Mandulak said. “Since 2017, I decided this is going to be my line of research. This is like my life’s work; this is what I want to do.”