"I Want to Empower Students" 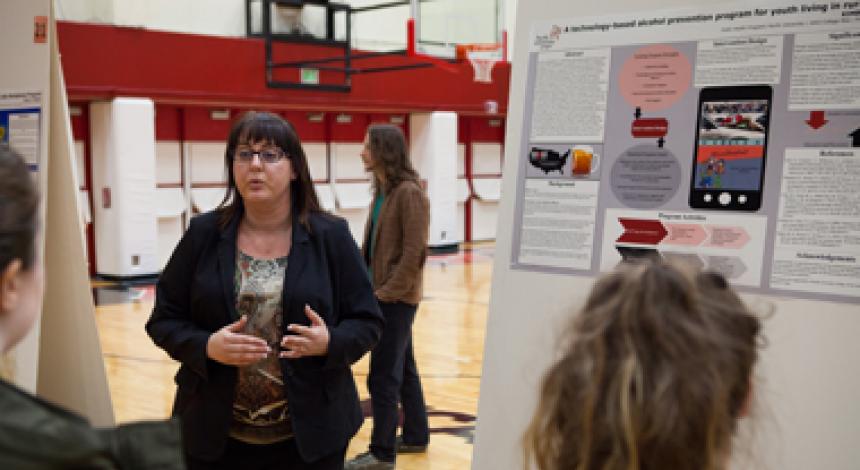 Growing up in rural Colorado, that’s just what kids did.

The alcohol culture was pervasive in the face of what she considered rampant boredom. Even kids like her, involved in cheerleading, FFA and other activities, turned to alcohol for entertainment. After all, that’s what everyone was doing — at football games, rodeos and elsewhere in the community.

For Stanton, though, that led to trouble.

She joined the military to leave her small town, only to get caught drinking the night before shipping out.

She was lucky, she said, that the infraction didn’t dismantle her career.

That’s why Stanton hopes to use her public health degree from Pacific University to bring education and community resources to youth in rural communities like her hometown.

She didn't start out looking at a career in public health.

In the Army, she served as a military police officer, but was injured while serving abroad. That cut her service time short, and she returned to the States where she married and had a child. She eventually left her husband and set out to seek an education with her military benefits — the first in her family to earn a college degree.

She dreamed of becoming a pharmacist, only to find at Pacific that she didn’t like chemistry that much. Instead, she said, public health gives her a chance to support health and wellbeing in the kinds of communities where she’s lived.

She spent her practicum in the public health major working with the Washington County Drug & Alcohol Program, and for her capstone, she devised the idea of a mobile app that would give youth an opportunity to share authentic testimonials and resources, helping steer them away from negative behaviors in a way that lectures from well-meaning adults may not.

“I want to empower students to make good choices,” she said.

Stanton hopes to go on for master’s degrees in public health and in rural studies, eventually returning to raise her own child in a rural area not unlike her own home.