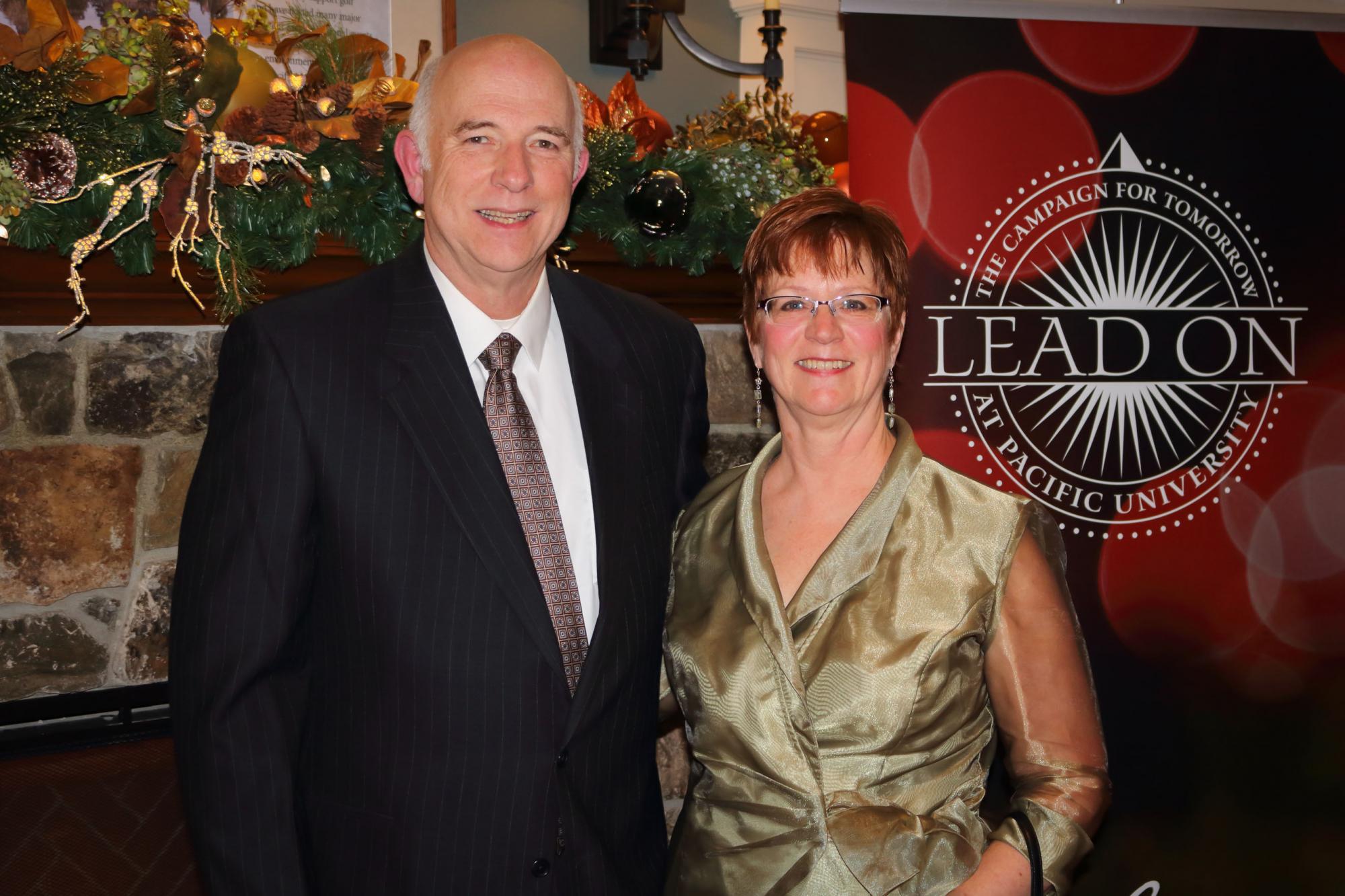 Matthew Meyer ’75 is the consummate Pacific University alumnus and volunteer. He leads campus tours for young kids, serves faithfully on the University Council, and says he delights in the opportunities to rub shoulders with university luminaries like Lesley Hallick, Ann Barr-Gillespie and John Miller.

For his unflagging engagement with and devotion to Pacific, Meyer has been named the 2020 recipient of the Alumni Association’s David and Sandy Lowe Outstanding Service Award.

The University Council is not exactly high on drama or entertainment value. It serves largely to ratify decisions made by deans, vice presidents and others who work in the weeds of university governance. But the council acts as an essential backstop and last check on changes in academic programs, new policies and other matters of university interest. Meyer is the alumni representative on the council.

Meyer says he wouldn’t miss the chance to serve. In his full-time job as a southwest Portland-based property appraiser, he sometimes finds himself gnashing his teeth about the need to drive to other quadrants of the city. But he says he never resents driving to Forest Grove for meetings, tours or other business.

“There’s never been once when I’d rather be doing something else,” he said in a Zoom interview.

The minutes of University Council meetings show that Meyer arrives thoroughly prepared. He can tell you how many condolence cards were sent to the families of deceased alumni, how many people attended PUB Night, and who’s scheduled to speak at the next meeting of the Alumni Book Club. It’s part of his job to give the council an update on the activities of Pacific’s alumni.

Meyer says when he talks about his experience as a leader of K-8 campus tours, it grabs the attention of other council members.

“When I tell them about how the kids responded to a tour, everybody’s eyes are up and they’re listening,” he said.

The tours are uplifting, both for Meyer and, he hopes, for the kids, mostly young middle-schoolers. When Meyer shows them around Pacific’s Forest Grove Campus, he knows he’s introducing many of them to the very idea of attending college.

“I tell them, ‘You don’t need to know what it costs. But if you work hard and get good grades, it can happen,’” he said. “We’re planting seeds.”

Meyer is something of a rarity in that many alumni from the 1970s have largely drifted away from engagement with the university and each other. He remembers attending his 40-year reunion that drew three people. The ‘70s were a time at the university that “was not all that great,” he said.

Meyer was also the alumni board’s representative on the University Council during an earlier stint, including when the football program was canceled. That ended a traditional homecoming centerpiece and rallying point for alumni.

Football, of course, was restored in 2010, and whether because of enhanced opportunities for campus engagement or a generational change in attitudes, Meyer says he’s noticed Pacific students “are happier today” than they were when he attended.

For Meyer, being a Pacific student was generally a happy experience. He met his future wife on campus, and “we’re still clicking” 45 years later. He played basketball, blessed with skill, interest and a 6-foot-5 frame. And now he’s completing his fifth term on the University Council.

Being honored with Pacific’s Outstanding Service Award is “so humbling,” he said. As a volunteer, he says, he never expects acclaim, but knows he is well appreciated.

“You’re doing it because you’re a volunteer,” he said. “Doing right feels good.”

Like his father, who would drop everything to help someone who needed it, Meyer is a citizen-servant. He’s president-elect of the Southwest Hills Kiwanis Club, vice president of the Multnomah Village Business Association, a longtime youth basketball and baseball coach, and coached a Master’s adult basketball team sponsored by Pacific University alumnus and trustee Bill Stoller ‘74. He also is a board member of the Pacific Boxer Club.

The extraordinary era that Pacific is experiencing today, with students, faculty and staff members scattered to guard against spreading COVID-19, is challenging, to be sure, Meyer said.

But whatever it must do to survive and thrive, he said, “Pacific does it right. They excel.”