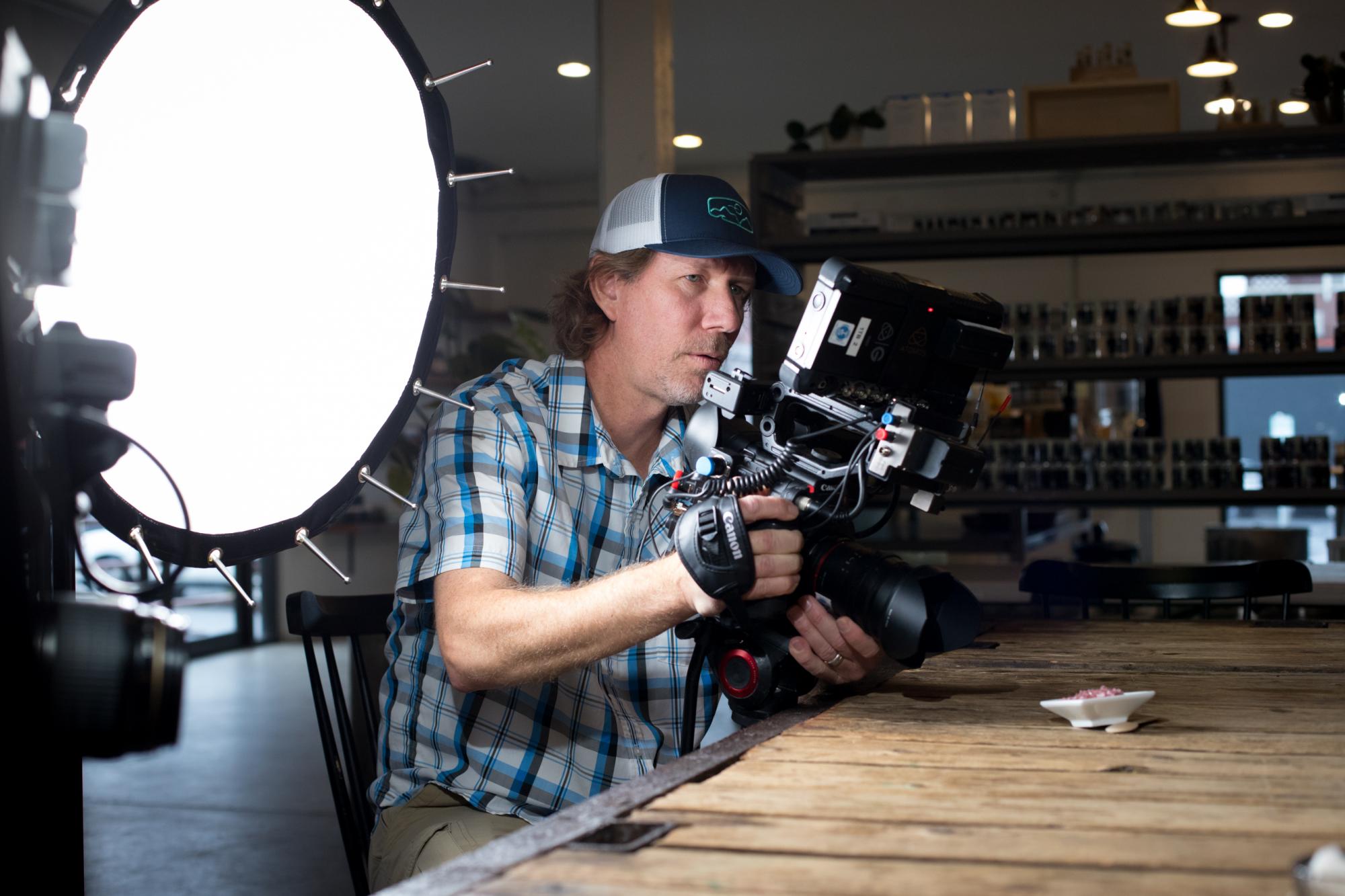 At this moment, the world of Jeff Wilmes ’92 consists of a small ceramic dish piled with purplish crystals. He centers it in his video camera’s viewfinder, pulls the focus to where he wants it, and presses “record.”

This particular footage of artisan Pinot Noir-infused sea salt from Jacobsen Salt Co. may never see the light of the day, but then again, it might help make Jacobsen famous. Wilmes is in Portland this month with colleagues Chris Roider and Cat Neville to shoot an episode of the PBS series Tastemakers, which focuses on artisans like those at Jacobsen, who are exploring new frontiers in food and seasonings. The episode, which is the 13th and last of the season that starts in January, is likely to air in the fall of 2020.

The St. Louis-based team has been shooting Tastemakers episodes for years and Neville, Roider and Wilmes function like different arms of the same octopus. Each is occupied with a different facet of the Jacobsen tasting room, with Roider and Wilmes focused on a table full of salt samples. Today’s shoot is for B-roll, the shots that can be interspersed with Neville’s interviews with the taste makers themselves.

Wilmes didn’t set out to be a documentary filmmaker. He came to Pacific from Hawai’i, where he grew up, joined the Hawaiian Club,  Nā Haumāna O Hawai‘i, Gamma Sigma, and played soccer. He studied sciences, “but that didn’t work out,” he said.

He took a summer job with his uncle, St. Louis-based broadcast journalist Chuck Neff, who had launched his own video production company. Wilmes liked the work.

He came back to Pacific, switched majors to what was then known as telecommunications and participated fully in student life. A Pacific Index story from 1992 shows him lying prone, being loaded onto a stretcher after being injured in a Boxer toss. "Nearly being paralyzed wasn't too much fun!," he said by email.

He graduated, but still, his career was slow to launch. He worked for a couple of years at the Helvetia Tavern, a bar near Hillsboro, Ore., that was well known for its burgers, beer and ballcaps stapled to the ceiling.

He spoke again to his uncle, who asked what he was doing. Wilmes said he was working in a tavern. His uncle said come on back to St. Louis.

Today, Wilmes has his own one-man production business called Hang Loose Video, a name that harks back to his upbringing in Hawai’i. He’s shot a variety of projects, but his life has been consumed recently by Tastemakers. Cat Neville, the host and executive producer, is glad about that. 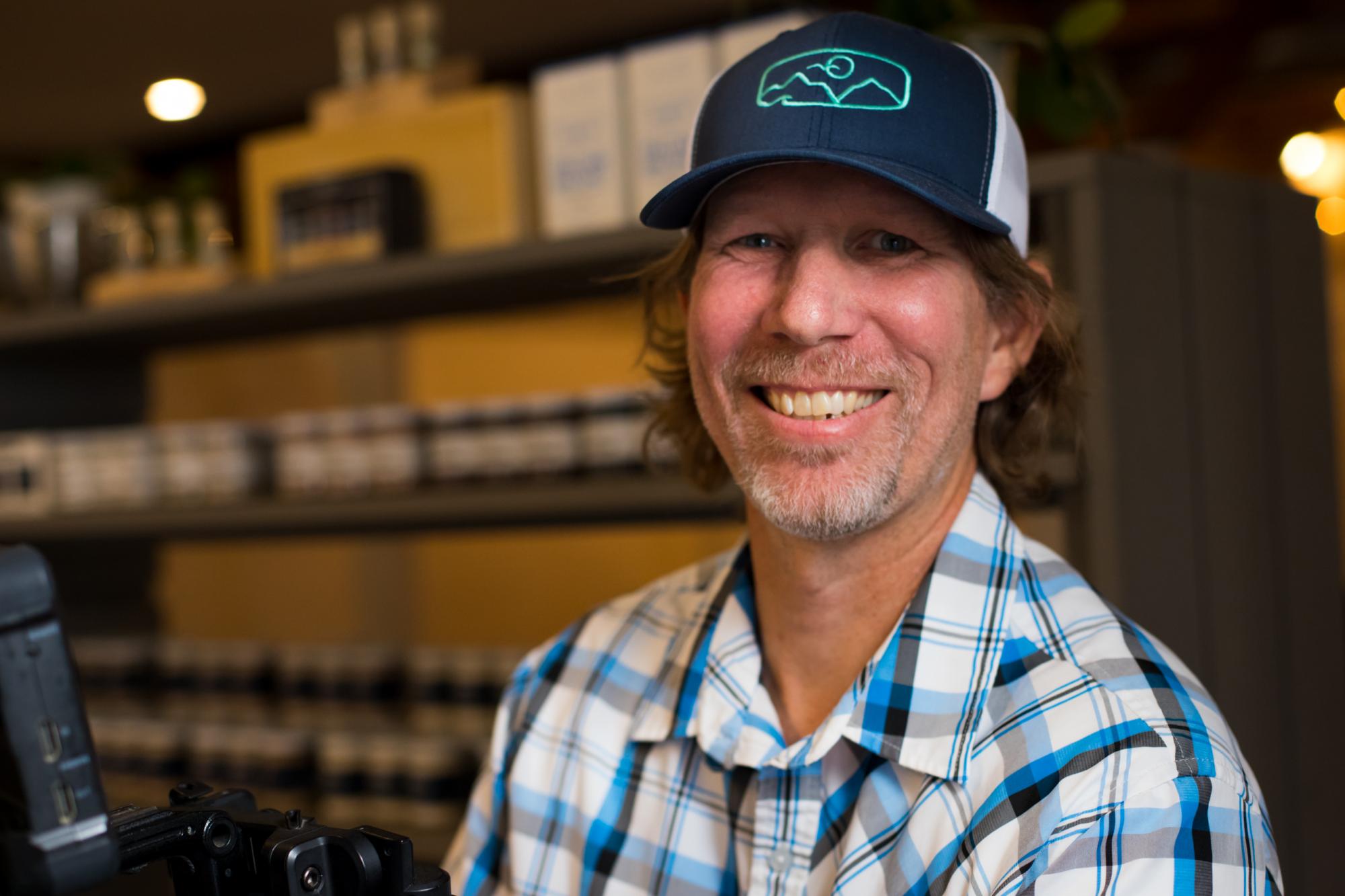 “Jeff is a fantastic camera and sound man,” she said. “He gets beautiful shots. He has an eye for detail, a great eye for framing.”

The way Tastemakers works is that Neville develops the story script, focusing on taste makers who connect under the artisan umbrella. The episode in Oregon focuses not only on Jacobsen Salt, but also on artisan ice cream makers Salt & Straw, and on gourmet sauce maker Marshall’s Haute Sauce.

Neville shares the scripts with Wilmes and Roider, and they help to interpret it into photos and video.

“The feedback I get is that it’s beautifully shot,” she said.

The work takes the team all around the country. Before coming to Oregon, they were in Minnesota and the hill country of Texas — all places where taste makers are doing innovative things with food. It’s work, but it’s fun, Wilmes said.

And sometimes, the food is fantastic.