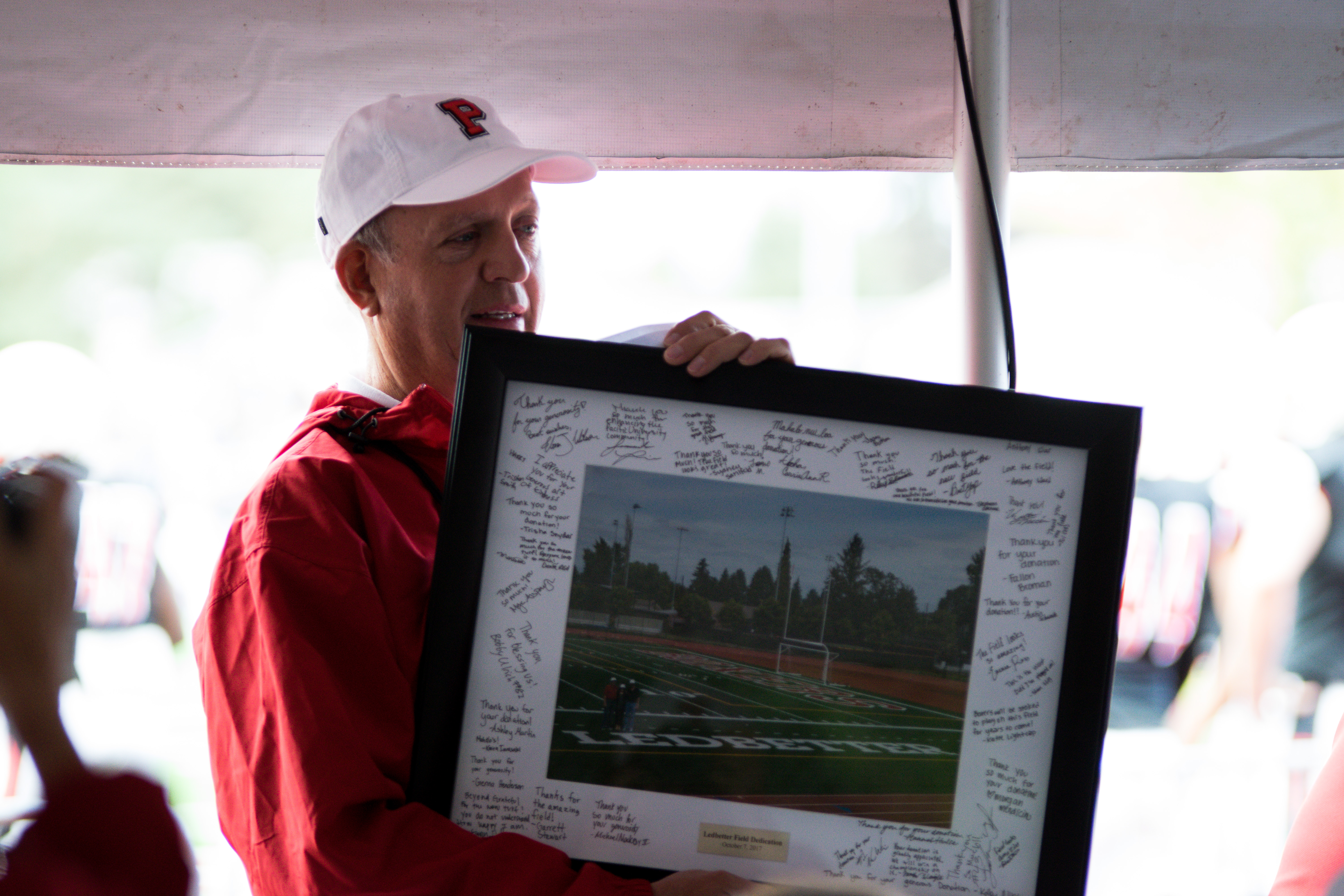 Pacific University has officially named Ledbetter Field at Hanson Stadium in honor of Trustee Kim Ledbetter and his wife Barb, following their ongoing support of Pacific students and Boxer Athletics.

Celebrating with a special President’s Tailgate at Homecoming on Oct. 7, President Lesley Hallick and Director of Athletics Ken Schumann recognized the impact the Ledbetters have made at Pacific, most recently with a six-figure gift to help replace the synthetic turf on the football-soccer-lacrosse field.

Kim and Barb helped kick off the game-day festivities with an on-field recognition and by participating in the coin toss with team captains and officials. The Boxers went on to defeat Pacific Lutheran 24-20 in a tight Homecoming game.

Kim Ledbetter is a retired senior vice president of Standard Insurance Group and has been a member of the Pacific University Board of Trustees since 2006. He and his wife Barb have been dedicated supporters of the university’s athletics programs, as well as endowed scholarships for students, capital initiatives including the renovation of the College of Optometry Jefferson Hall clinic and the Pacific Excellence Fund. In 2014, the Ledbetters were inducted into the President’s Circle, which recognizes the university’s most committed donors who have given $100,000 or more to Pacific in their lifetimes.

Ledbetter Field is the newest named facility within the Lincoln Park athletic complex. In 2014, the stadium surrounding the field was named Hanson Stadium, in honor of Rich and Joy Hanson’s contributions to the university. The couple provided leadership gifts that allowed for the construction of the roof over the main grandstand and also contributed to other significant Pacific initiatives. In 2015, generous Pacific donors Paul ’78 and Nancy ’77, MAT ’82 Phillips and the Stanich Family led philanthropic support to add a state-of-the-art video scoreboard to the stadium, enhancing the fan and athlete experience.