The Right Time, The Right Place 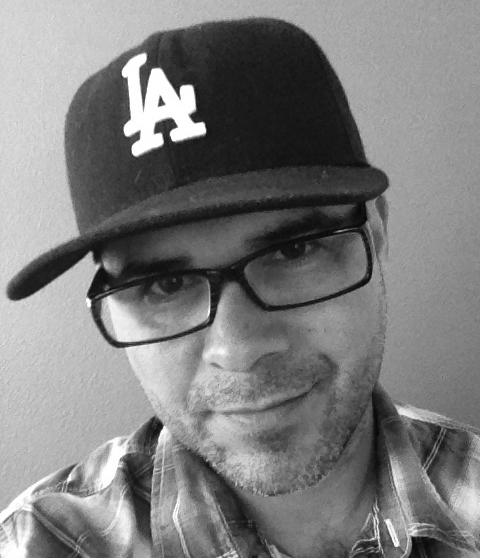 Bryan Allen Fierro will receive his master of fine arts in writing degree this summer from Pacific University, with an emphasis in fiction. But he’s already well on the way to being courted by the publishing world.

Fierro, 41, is one of two writers from the state of Alaska chosen by Poets & Writers, a nonprofit literary organization, for the 2013 Maureen Egen Writers Exchange Award. The award includes an all-expenses-paid trip to New York City for the two winners to meet with publishing professionals. They will also take part in the Jentel Artist Residency in Wyoming.

Fierro will receive his degree June 29 at Pacific’s annual MFA commencement, which is part of the annual summer residency in Forest Grove taking place the rest of this month.

Fierro, who currently earns his living as a firefighter and paramedic with the Anchorage Fire Department, said in a phone interview that he knew he wanted to be a writer for many years, but that it took awhile to find the right program fit.

He grew up in Monterey Park, Calif., east of Los Angeles, in a Latino family. His grandparents were first-generation, establishing themselves in the United States in the early 1940s, when assimilation and acculturation were a constant struggle, he said.

“I was raised not to speak Spanish,” he said.

He felt a need to explore “where I fit in and where I didn’t fit in regards to language and culture. Finally being able to explore these aspects of my life has taken some time,” he said.

“I have huge gaps in my education and certainly with my writing. Life gets in the way, but now it is time to put in the work.”

After graduating from high school in 1989, Fierro said he spent a lot of time as a vagabond, leaving Los Angeles for places as far away as Philadelphia, and finally ending up in Las Vegas where, he said, “I decided it was time to do something.”

He chose to go to University of Colorado in Denver and earned a bachelor’s degree in English and writing in 2001.

In 2003, he applied to the University of Anchorage, Alaska MFA program in creative writing.

“I received my letter for a full scholarship the same day the U.S. Border Patrol called me for employment. I had to decide — watch a fence rust on the U.S. border, or check out Alaska. Ultimately, I moved to Anchorage.

“Unfortunately,” he said, “the program didn’t suit me at all. I simply wasn’t ready. “

Other challenges arose, he said.

“My wife at that time being diagnosed with multiple sclerosis changed the entire landscape of my priorities,” he said. “Working full time became more important than editing undergraduate literary journals and workshops. Those things are luxuries.”

Coming from a family whose members were involved in public safety, Fierro has found a niche in the last six years as a firefighter and paramedic. He said his grandmother always promoted helping those who were less fortunate and that he felt his line of work was inevitable. His father worked for the Los Angeles County sheriff’s department. His sister was a police officer for many years in Glendora, Calif., and is now a forensic psychologist. He also has two cousins who work for Los Angeles County Fire Department.

But, despite the excitement and satisfaction in doing emergency public service work, Fierro said, “The other side of me ­— the writing side of me — is the thing I’m most passionate about. I am thankful to have had the opportunity to help others, but I get more satisfaction when I’m writing the closing line of a short story. Perhaps it also helps others.

“It’s a high for me that I don’t get anywhere else. It’s the thing, if you had to take everything away from my life, it’s the one thing I would not give up.”

Realizing that he wanted to go back to school and work on his writing while he worked in Alaska, Fierro said, “I knew a low-residency program was the answer.” He explored the top three low-residency MFA programs in the country and picked Pacific based on reputation and rotating faculty.

He heaped praise on Pacific’s MFA program for writers.

“Aside from the faculty and the program’s accolades, the department’s administration is dedicated and supportive beyond what you might expect from an institution,” he said.

“The triangle is the strongest shape, the most stable geometrical structure. In Pacific’s MFA program, that triangle has been the program’s director, Shelley Washburn, Colleen Sump (assistant director) and Tenley Taylor (administrative assistant). Without them floating overhead, I can’t say the experience would have been the same.

“This program has demanded me to put in the work,” he said. “It’s been worthwhile, the best thing for me as far as establishing good habits, getting to the grind and touching the work every day as both an artist and professional. I have abandoned the notion that writing is a hobby.

“I’m beyond satisfied,” he said. “This program is 10 times better than any other program. What I paid for and the quality of education, I couldn’t ask for anything more. I just hope that I am able to give back something durable, something lasting.”

As the Maureen Egen Writers Exchange Award winner, Fierro gets a chance to identify publishing professionals, agents, editors and writers that he would like to meet. The staff of Poets & Writers works to arrange appointments with as many individuals as possible. To date more than 80 writers from 32 states have participated and several have launched successful careers.