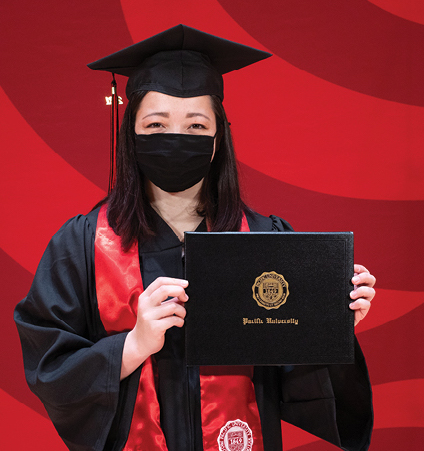 Pacific University’s Saya Brown ’21 was honored by the Confederation in Oregon for Language Teaching in Japanese. She is a double-major in Japanese and exercise science, with a motor behavior emphasis, from Bothell, Wash. She was awarded her degree in May 2021.

She was a four-year goalkeeper for the Boxer women’s soccer team. She said her best moment in athletics was “being played at forward as a sophomore by her coach as a joke, and scoring two goals in three minutes.”

As a double-major, Brown had two senior capstone projects: Play Like a Girl: A Cross-Cultural Analysis of Women’s Soccer Development in the United States and Japan and Content Analysis of Sports Magazine Covers Between the U.S. and Japan.