Serena Wallace '19: 'I want to help people live life to the fullest' 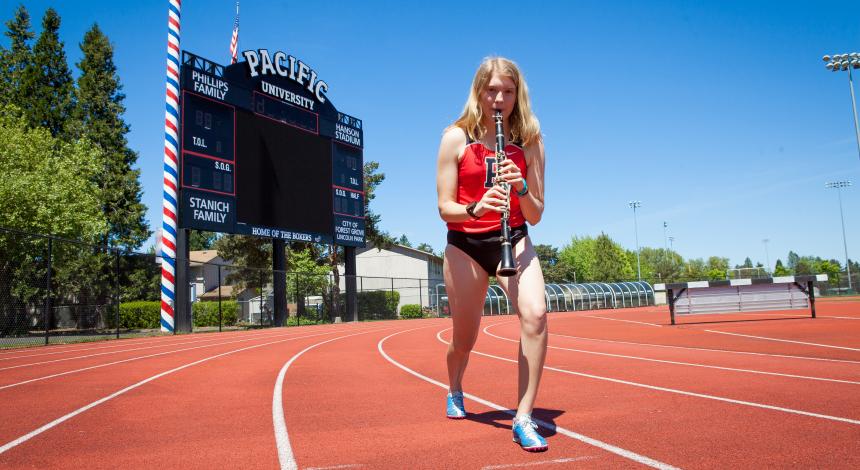 Serena Wallace ’19 has been running since the seventh grade, but in high school, an injury prevented her from training for cross-country and track.

“It was affecting my life,” she said. “For me, not being able to run feels awful.”

A friend’s parents — a personal trainer and a physical therapist — offered help.

“They observed me and said, ‘We know how to make you better,’” Wallace said.

That’s what she wants to do.

Wallace, from Centralia, Wash., chose to pursue her undergraduate degree at Pacific University because she could train to do just that — while living her own life to the fullest.

She’s majoring in exercise science and hopes to go on to physical therapy school, perhaps in Pacific’s College of Health Professions.

In the meantime, she’s back to running, taking part in both cross-country and track with the Boxers.

And, she’s a member of the Pacific University band, where she plays clarinet, as she has since fifth grade.

“I never wanted to quit music,” she said. “I want to keep playing.”

After just one year at Pacific, she also is a member of the Cooking Club, the German Club and the Delta Chi Delta sorority.

All this is why she chose Pacific, she said.

“I knew I could do all the things I love.”